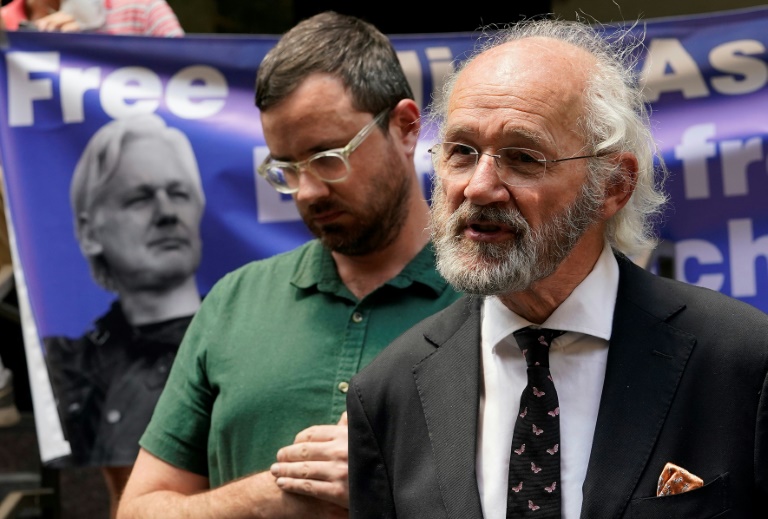 Julian Assange’s father and brother said Friday they were counting on European lawmakers to stop Britain from extraditing the WikiLeaks founder to the United States, and welcomed a promise of citizenship by French leftist politician Jean-Luc Melenchon.

“I think there’s a great chance of stopping this extradition. We have great support among the European nations,” said Gabriel Shipton, Assange’s brother, at a press briefing outside the British consulate in New York City.

The Assange case has become a cause celebre for media freedom and his supporters accuse Washington of trying to muzzle reporting of legitimate security concerns.

He is wanted to face trial for violating the US Espionage Act by publishing military and diplomatic files in 2010 and could face up to 175 years in jail if found guilty, although the exact sentence is difficult to estimate.

On Friday the British government approved his extradition to the United Sates, to the dismay of his supporters and free press campaigners. He has 14 days to appeal.

Shipton welcomed the support from parliamentary groups across Europe, and cited comments by Melenchon made in Paris on Friday.

“If I am prime minister on Monday, Mr Julian Assange — I believe he has already asked for it — will be naturalized as French and we will ask for him to be sent to us,” Melenchon told reporters ahead of parliamentary elections this weekend.

“So there is great support in Europe and I think (the) European Court of Human Rights will stand up for the principles in this case, which is press freedom,” Shipton said.

The charges, he said, are “an expansion of the Espionage Act to attack the First Amendment (of the US Constitution) to limit the freedom of the press.”

His father John Shipton, also at the press briefing, added that “every single parliament in Europe” as well as nations in South America, as well as Mexico, has lawmakers who support Assange.

Assange has been held on remand at a top-security jail in southeast London since 2019 for jumping bail in a previous case accusing him of sexual assault in Sweden.

Before that he spent seven years at Ecuador’s embassy in London to avoid being removed to Sweden.

He was arrested when the government changed in Quito and his diplomatic protection was removed.