The number of Americans diagnosed with COVID-19 now stands at 11,234,341 confirmed cases with 247,468 deaths, according to data from Johns Hopkins University on Tuesday.

As cases and hospitalizations due to the coronavirus stretch the limited financial resources of many states, across the country, governors, mayors, and other local officials are ordering restrictions, mask mandates, and once again finding themselves in the crosscurrents of public health and economic crises.

The New York Times is reporting that as of Tuesday, “California, Washington State, Michigan, and Oregon have shut indoor dining back down, among other measures. In Chicago, a new stay-at-home advisory went into effect on Monday. In Philadelphia, Mayor Jim Kenney introduced a sweeping new set of coronavirus rules, including a ban on most indoor private gatherings.”

The AARP website has an excellent list of coronavirus-related restrictions for every state, and from a quick perusal, it appears to be regularly updated with the latest information, including lockdowns and other information. 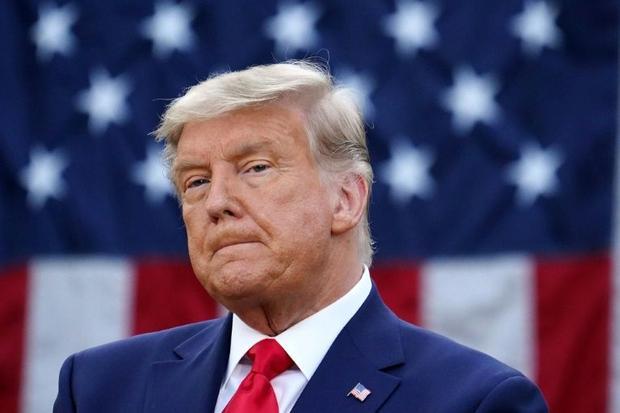 In his first on-camera address in more than a week, the US president touted medical breakthroughs that happened under his watch but said he remained firmly against new lockdowns
MANDEL NGAN, AFP
States drowning in a Sea of Agony
Right now, state and local governments are not only facing financial shortfalls due to the pandemic’s impact on finances, but thousands and thousands of local businesses and millions of families are experiencing those same financial impacts, drowning in a Sea of Agony, some families not even able to put food on the table.

Casey Katims, federal liaison for Washington Gov. Jay Inslee said there is a “dire and urgent need for congressional action to support workers and families,” according to US News. With Washington State experiencing a significant budget shortfall, Katims added: “We need help by the end of this year.”

Illinois Governor J.B. Pritzker signed a budget over the summer with a $5 billion deficit, which he and lawmakers assumed would be covered by a second federal coronavirus relief package that has not materialized. “Every state … every city is suffering from a failure of revenues because of COVID-19,” said Pritzker, a Democrat. “The federal government is really the only resource that we all have to turn to.”

Tuesday, Pritzker is joining with both Democratic and Republican governors of Great Lakes states in calling on the federal government for help with testing, contact tracing, and hospital staffing, in addition to more money for businesses, schools, and the unemployed. 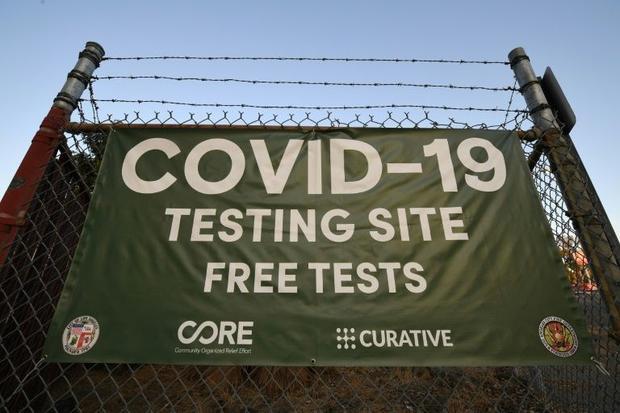 California became the second state in United States to surpass one million coronavirus infections
Robyn Beck, AFP/File
Advertisement. Scroll to continue reading.
Where is Congress on all this?
The Associated Press is reporting that Congress does not appear to be too excited about helping their constituents in the various states. Basically, the AP says we have a Lame-Duck Congress and a president on the way out of office, chilling any progress on a stimulus bill this year.

The usual in-fighting between Republicans and Democratic lawmakers is keeping a new stimulus deal from materializing, with some Republicans being opposed to another round of checks directly to most taxpayers, and some don’t want Washington to “bailout” state and local governments that had financial struggles before the pandemic.

Senate Majority Leader Mitch McConnell says the Democrats’ approach includes “huge sums of money for state and city governments with no linkage to demonstrated COVID needs” and comes as tax revenues in some states are allegedly ahead of where they were at this time in 2019.

The Kentucky Republican also claims the “Democrats still want coronavirus relief for the entire country held hostage over a massive slush fund for their own use.”

And as if this squabble is not bad enough, states are being told they must prepare for a major rollout of the new coronavirus vaccines, with the possibility of a coronavirus vaccine becoming available for emergency use as soon as next month. 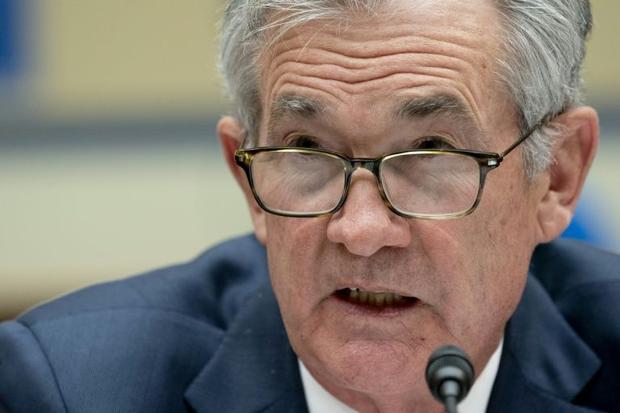 Federal Reserve boss Jerome Powell has repeatedly called for another stimulus package to support the US economic recovery
Stefani Reynolds, POOL/AFP/File
Here’s the problem though. While the Trump Administration has showered billions of dollars on drug companies – it has left the logistics of inoculating and tracking as many as 20 million people by year’s end, and tens of millions more people next year to local governments. Except, they haven’t supplied any money, reports The Baltimore Sun.

The CDC has already sent $200 million to the states for the vaccine effort and is promising another $144 million by the end of this year. And while this is commendable, it is billions of dollars short of what is needed to carry out a plan that includes online systems to track and share information about who has been vaccinated; the recruitment and training of hundreds of thousands of doctors, nurses, and pharmacists to give people the shot and collect data about everyone who gets it; finding safe locations for mass vaccination events, and convincing the public of the importance of getting immunized.

So again, the question is this: Where is Congress on all this? As President-elect Joe Biden said on Tuesday, according to CNBC, “The refusal of Democrats and Republicans to cooperate with one another is not due to some mysterious force beyond our control. It’s a conscious decision. It’s a choice that we make.”