One of the very first things on President Joe Biden’s itinerary when he took office on Wednesday was to keep a campaign promise to cancel the permit for the construction of the Keystone XL Pipeline. And that is exactly what the new president did.

The death blow to the bitterly-disputed project that would have carried 830,000 barrels per day of heavy oil sands crude from Alberta to Nebraska was hailed by environmentalists and indigenous groups.

“Whatever limited benefit that Keystone was projected to provide now has to be obviously reconsidered with the economy of today,” said Gina McCarthy, Biden’s leading domestic climate policy coordinator at the White House, according to Reuters.

Biden speaks with Justin Trudeau
Two days later, Biden made his first call to another world leader, Prime Minister Justin Trudeau of Canada. During the call, the two leaders discussed collaborating on a number of issues, including the COVID-19 vaccines and sharing of needed medical supplies, as well as their plans to address climate change through cross-border clean electricity transmission and net-zero emissions.

Trudeau raised Canada’s disappointment with the United States’ decision on the Keystone XL pipeline, according to a readout of the call. The Prime Minister underscored the important economic and energy security benefits of our bilateral energy relationship as well as his support for energy workers.

Folks will remember that in 2017, Trudeau – fully backing the Keystone XL Pipeline said: “No country would find 173 billion barrels of oil in the ground and just leave them there. The resource will be developed. Our job is to ensure that this is done responsibly, safely, and sustainably.” 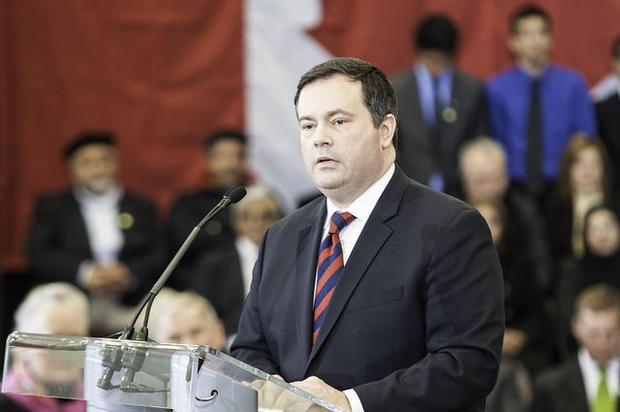 Ottawa pressured to push-back on canceled permit
All this leads up to a letter from Alberta Premier Jason Kenney to Trudeau and comes one day after a First Ministers meeting where Ontario’s Doug Ford, Saskatchewan’s Scott Moe, and Quebec’s François Legault all pushed the prime minister to take action over Biden’s “Buy American” policy.

In his letter, Kenney accused Trudeau of not advocating strong enough for the pipeline project, reports CBC Canada News.

“By retroactively revoking the presidential permit for this project without taking the time to discuss it with their longest standing ally, the United States is setting a deeply disturbing precedent for any future projects and collaboration between our two nations,” the letter reads. 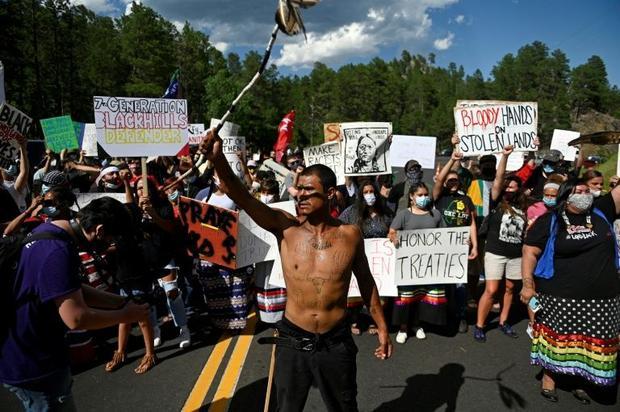 Activists and members of different tribes block a road near Mount Rushmore as they protest the US government in Keystone, South Dakota on July 3, 2020, ahead of a visit by President Donald Trump
ANDREW CABALLERO-REYNOLDS, AFP

“The fact that it was a campaign promise makes it no less offensive. Our country has never surrendered our vital economic interests because a foreign government campaigned against them.”

Kenney then asked that Trudeau seek “proportional economic consequences” for the revocation of the pipeline permit.

“At the very least, I call upon the government of Canada to press the U.S. Administration to compensate TC Energy and the Government of Alberta for billions of dollars of costs incurred in the construction of Keystone XL to date.”

Canada is the world’s fourth-biggest crude producer but has been grappling for years with congestion on pipelines for a number of years. That issue, along with a downturn in production due to the coronavirus pandemic has further driven oil prices down, creating an economic crisis.