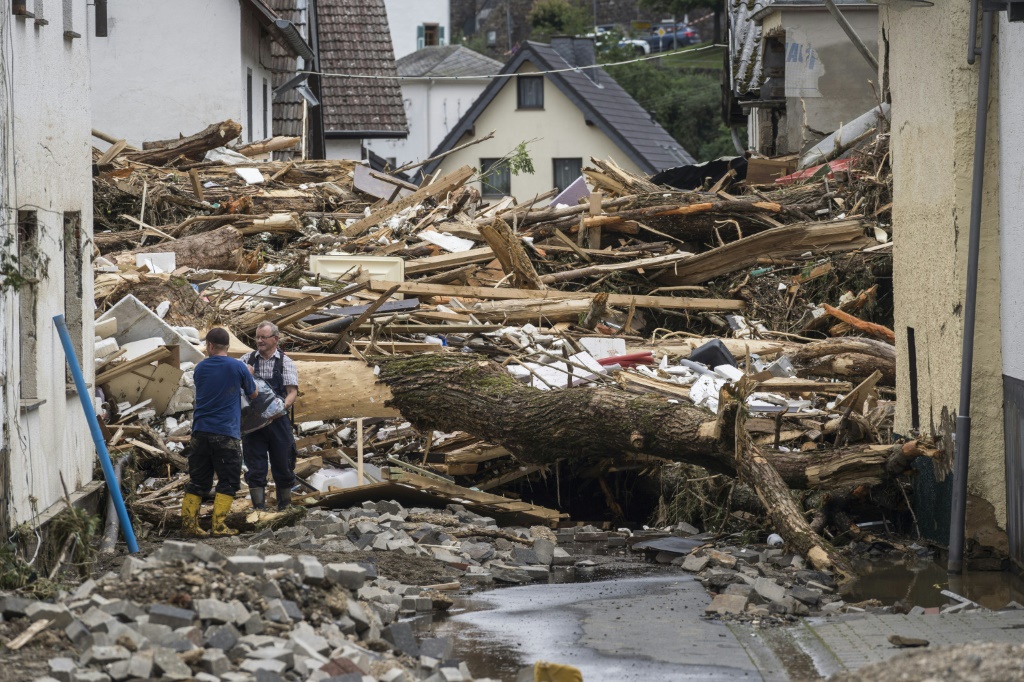 Last week floods in Germany were responsible for the deadliest natural disaster in nearly 60 years, leaving over 160 dead and countless people still missing. The extreme rain event dumped close to twice the amount of rain usually seen in over a month, in just two days.

The Ahrweiler district near Cologne has been hit particularly hard, leaving thousands of residents knee-deep in debris and without sewage or drinking water, reports US News.

“We have no water, we have no electricity, we have no gas. The toilet can’t be flushed,” said Ursula Schuch. “Nothing is working. You can’t shower…I am nearly 80 years old and I have never experienced anything like it.”

Very few people in this corner of one of the world’s most prosperous countries have ever experienced this sort of disaster, and it will take a long time for many to come to grips with the reality.

But right now, it is the clean-up operation that is most crucial. Reuters is reporting that it is critical that this happens swiftly or more diseases will hit the region. Already, rats are coming in to feast on the discarded contents of freezers.

Because few recovery workers are able to take the necessary precautions needed to prevent disease, mobile vaccination vans have come to the region.

“Everything has been destroyed by the water. But not the damn virus,” said Olav Kullak, head of vaccine coordination in the region. “And since the people now have to work side by side and have no chance of obeying any corona rules, we at least have to try to give them the best protection via vaccination.”

It goes without saying that climate change is affecting, and will continue to affect the whole world. Germany has experienced nine flood-rich periods in the past 500 years, but this one is different.

A research paper published in Nature last year examined flood data for Europe from the past 500 years. Scientists found that the past 30 years belong to one of the most flood-rich time periods in Europe, one of just nine such periods over the past five centuries.

But here is what’s interesting – The previous eight flood-rich periods occurred during relatively cold periods, the most recent one is markedly warmer (by about 1.4 °C) than all of the others.