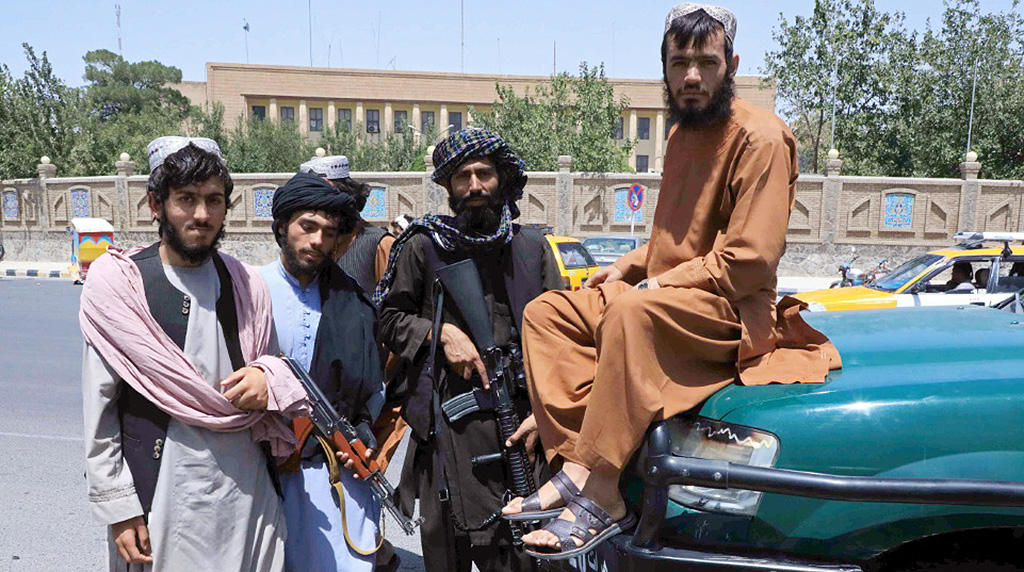 President Joe Biden was expected to break his silence “soon” on the US fiasco in Afghanistan, an advisor said Monday, as a lightning Taliban victory sent the Democrat’s domestic political fortunes reeling.

National Security Advisor Jake Sullivan told ABC that the country “can expect to hear from the president soon. He’s right now actively engaged with his national security team. He is working the situation hard.”

All weekend the Democrat, who took office with more foreign policy experience than any new president in decades, hunkered down at his secluded Camp David retreat.

As stunning images played out of Kabul, where a frantic US evacuation echoed the 1975 fall of Saigon at the end of the Vietnam War, Biden was near invisible.

Being in Camp David meant he remained far from journalists. His only statement came in written form on Saturday, insisting that the sudden US withdrawal from Afghanistan, triggering a Taliban total takeover, had been the only possible choice.

Then as pressure mounted Sunday for Biden to demonstrate he was in charge, the White House issued a single photograph, showing the president in a polo shirt seated alone at a table while listening to advisors on a large monitor screen.

Biden was elected last year on a promise to bring back expertise and responsibility after the turbulent Donald Trump years.

Now the questions are piling up and how Biden answers could determine his presidency’s fate.

How could the Afghan army, created, funded and trained by the United States at the cost of more than $80 billion over 20 years, have folded so quickly against the rag-tag Taliban?

How could the United States, which has been planning its exit for months, end up presiding over scenes of mass panic and confusion at the Kabul airport, where Afghans are literally clinging to US military airplanes in an effort to get out?

Why just last month did Biden insist that such scenes — the dreaded fall of Saigon scenario, where desperate people tried to cram into the last US helicopters — were impossible?

“There’s going to be no circumstance for you to see people being lifted off the roof of an embassy of the United States from Afghanistan. It is not at all comparable,” he said in the White House.

As the writer and New York Times columnist Viet Thanh Nguyen said on Twitter: “Having literally been in Saigon for the fall of Saigon, it certainly looks like Saigon to me.”

Biden had been on a roll until this last week.

Defying those who said Washington had become too dysfunctional for bipartisan dealmaking, Biden was celebrating the passage by the evenly divided Senate of his $1.2 trillion infrastructure bill. His Democrats were starting to work on a second, mind-bogglingly ambitious $3.5 trillion bill.

And it was only a few weeks ago that Biden was congratulating Americans for their Covid vaccination rates — a seeming victory over the coronavirus that the emerging Delta variant has now put in peril.

Like the pandemic, Afghanistan was a crisis that Biden inherited.

The US public has long lost interest in the fighting there and Trump tapped into powerful isolationist sentiment with a drive to extricate the country from “stupid” post-9/11 wars.

Unlike on most other matters, Biden agreed with the Republican.

In fact, Biden’s pullout is based almost entirely on a plan set in motion by Trump himself, who ordered negotiations with the Taliban and, if reelected, had been teeing up an even earlier exit.

Now beset by accusations of incompetence and betrayal, the White House is doubling down, insisting that the chaos in Kabul is actually the best of all the bad available options, because it at least stops an unwinnable war.

“What the president was not prepared to do was to enter a third decade of conflict, throwing in thousands more troops — which was his only other choice,” Sullivan said.

“The president had to make the best possible choice he could and he stands by that decision.”