On Thursday, the National Weather Service’s Climate Prediction Center (CPC) released its Final La Niña Advisory as sea surface conditions in the Tropical Pacific Ocean returned to near neutral conditions in April, (actually, the temperatures were within 0.5°C of the long-term average).

La Nina is the flip side of its brother, El Nino, also called the El Niño-Southern Oscillation (ENSO). Right now, we are in what is called ENSO neutral conditions because the sea surface temperatures in the Tropical Pacific are neither too cold or too warm.

The ENSO neutral conditions are expected to last through the late summer into early fall, and most of the climate models support this. Then, by the advent of the winter season in the Northern Hemisphere, the possibility of an El Nino rises to 50 percent. 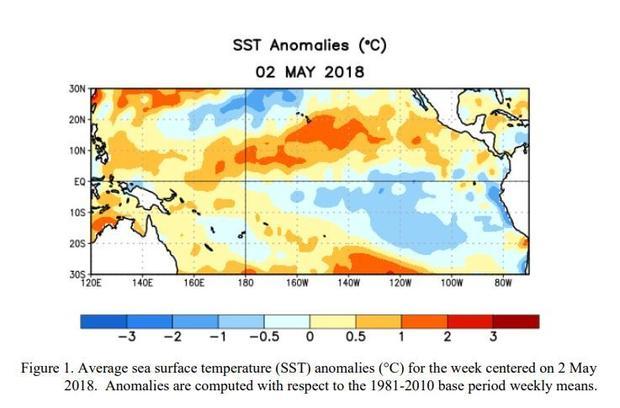 Looking back on La Nina
The conditions during the 2018 late winter/early spring period over North America was surprisingly close to what is expected during the La Nina ENSO cycle. From February to April, the northern half of the US and through Canada typically sees cooler weather during La Nina while warmer temperatures are seen through the Southern U.S. and down into Mexico.

And according to the ENSO blog, “when you add in the temperature trend during this time of year (slight cooling through the northern Midwest, warming across the Southwest), you get a pattern much like that observed during 2018.”

We could also add that the heavier than usual rain in March and April in the Ohio Valley, and drier weather in Florida and through the U.S. Southwest, is also attributable to La Nina conditions. The lack of precipitation in the Southwest has aggravated an ongoing drought and contributed to the extreme wildfire conditions this year. 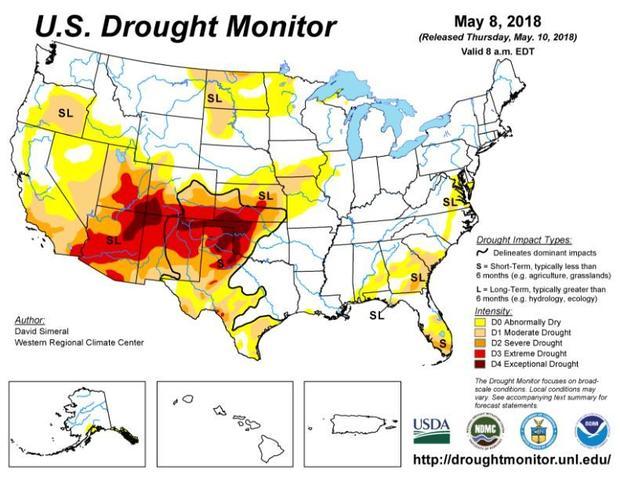 Well, if only the surface waters are warm, and deeper waters are cool, then waves churned up by hurricane-force winds will bring the cooler waters to the surface, weakening the storm. This is one reason for the intense hurricanes seen in the Atlantic Basin in 2017. The waters were warm down to a great depth.

Then, we have to consider the winds and air currents. According to Colorado State University climatologists, Atlantic waters were abnormally cool in January and February because high winds at the ocean’s surface churned up cold water from below.

But a weak hurricane season usually is associated with El Nino conditions, when the waters in the Tropical Pacific is warmer. El Nino conditions create high-altitude winds over the Atlantic Ocean, which tear storms apart before they can turn into cyclones. But with ENSO neutral conditions, this means Pacific water temperatures will likely be cool or only slightly warm, meaning wind sheer will be weak.

The Atlantic Hurricane Season officially starts on June 1, so there is sure to be more information coming out about hurricane forecasts or changes in climate conditions.