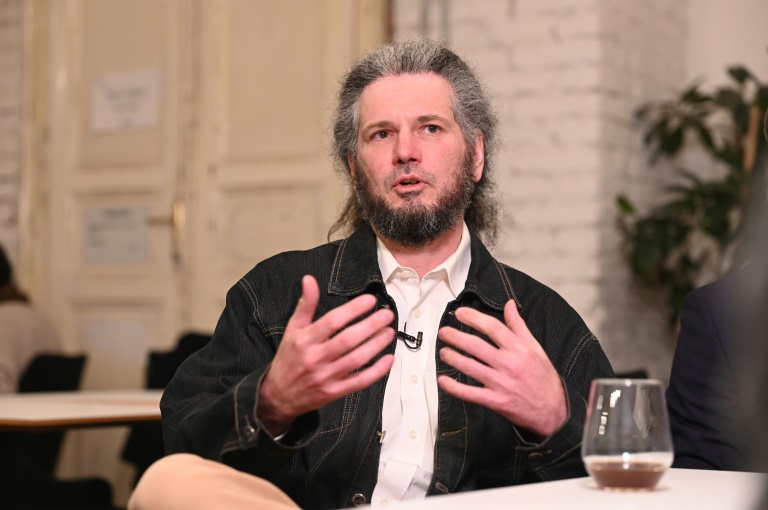 As Hungary’s April 3 general election looms, civil society activists are gearing up to combat what they say are dirty tricks which have been normalised under nationalist Prime Minister Viktor Orban.

Firebrand Orban has been at the helm for 12 years and is seeking a fourth straight term at Sunday’s poll, for which an unprecedented 20,000 volunteer poll observers are being mobilised.

The Organization for Security and Co-operation in Europe (OSCE) will also have a full-scale monitoring mission, only the second time it has ever done this for an election in a European Union country.

In a preliminary report published this week the OSCE mission voiced concerns about several aspects of the election, including bias in the public media and the potential for postal vote abuses.

It also said many of the concerns it identified at the 2018 vote had not been addressed.

In response, the government cited the pro-Orban Centre for Fundamental Rights think-tank which called the OSCE report “baseless” and an attempt “to provide a convenient excuse for the Hungarian Left, should they lose at the polls”.

The last general election in 2018 was “the dirtiest of the last 30 years, since the end of communism,” Zsofia Banuta, co-head of the Unhack Democracy election watchdog, told AFP in Budapest.

After interviewing 170 poll workers her group concluded that the 2018 election was marred by “major malpractice” such as transporting voters from neighbouring countries, bribery and intimidation, tampering with postal votes, missing ballots and election software malfunctions.

Banuta, 40, laments the fact that Supreme Court rulings, including against the practice of busing in voters from abroad to support Orban’s Fidesz party, had “no consequences”.

In contrast to Western European countries, “over the last 30 years cheating at Hungarian elections has become gradually normalised, that mindset should be changed”, she said.

Opinion polls indicate Sunday’s vote will be the tightest since 2006, as Orban, 58, faces a united six-party opposition coalition for the first time.

Although analysts expect a close result, Orban is still favourite to win an election following a campaign dominated by the February 24 Russian invasion of neighbouring Ukraine.

Orban has adopted a safety-first neutral stance in the conflict, sparking accusations by the opposition that he is Russian President Vladimir Putin’s closest ally in the EU and NATO.

Other parts of his “conservative revolution” have drawn the ire of European Union institutions, for example a new anti-LGBT law and the neutering of the judiciary.

In another development in a years-long tug of war with EU institutions, the European Court of Justice in February rejected a challenge by Hungary — and Poland — to a mechanism allowing Brussels to slash funding to member states that flout democratic standards.

According to the opposition, Orban’s promising reelection prospects are in part due to his control of the media landscape and a redesign of election rules that favours Fidesz.

Unhack Democracy says electoral practices introduced under Orban are vulnerable to abuse and could be crucial in such a tight contest.

Banuta points to a law passed last November that allows voters to easily change the address where they are registered to vote.

“This opens the door to ballot tourism not only across Hungary’s borders with Ukraine, Serbia and Romania but also domestically,” she told AFP.

Unhack Democracy has designed an online course for poll workers to spot abuses but Banuta cautions that officials need to “not be afraid to report abuses”.

She says in the group’s investigations of recent local elections they found poll workers were on occasion intimidated out of filing complaints or were vulnerable to pressure from local Fidesz-linked officials.

Another group called “20K” appointed by the opposition has recruited and trained around 20,000 volunteers to monitor the country’s approximately 10,000 polling stations.

“For the first time ever there will be two trained poll observers delegated by the opposition in each station, even in the most distant village,” said Peter Muller, a 45-year-old businessman, who helped set up 20K.

All volunteers have completed an online training course and have received a mobile phone app to log suspected incidences of fraud, said Muller’s colleague Imre Kovacs, an IT expert.

“Last time around 13 percent of stations had no delegate representing the opposition, and another 13 percent had only one. Most suspected abuses in 2018 occurred in electoral districts where there was no opposition observer,” Kovacs told AFP.

One volunteer, Laszlo Mero, told AFP that travelling 250 kilometres from Budapest to monitor polling in a village for one day “is a small sacrifice” for his country.

“In the last 12 years the rules in Hungary got blurred, and that needs to change,” said Mero, a 72-year-old university professor.

In this article:Fraud, Hungary, Vote