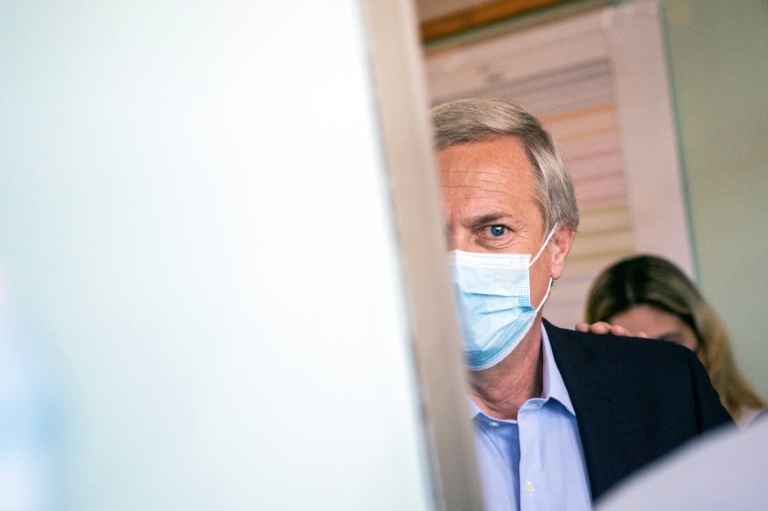 Two political outsiders with polar opposite views and policies will go head-to-head in a runoff election next month to become Chile’s president after trouncing candidates from traditional parties in a first round Sunday.

On the far right is lawyer and ex-MP Jose Antonio Kast, 55, an outspoken admirer of Chile’s former dictator Augusto Pinochet and of his neoliberal economic model that has boosted private enterprise, critics say at the expense of the poor and working classes.

Kast, leader of the Republican Party he founded in 2019, has expressed kinship with other conservative leaders such as Brazil’s Jair Bolsonaro, Donald Trump in the United States and Spain’s far-right Vox party.

This is his second presidential contest — in 2017, as an independent, he made it to fourth place with less than eight percent of the vote.

Married and a father to nine children, Kast is an active member of the Schoenstatt conservative Catholic movement. He is against gay marriage and abortion.

Kast hails from German immigrants who moved to Santiago in 1951 and became wealthy from sausage production and a restaurant chain.

His economic model proposes reducing public spending, cutting taxes, and trimming the number of ministries, including that of women’s affairs.

He would like to retain Chile’s system of private pensions, one of the main gripes of protesters who took to the streets in October 2019 to denounce Chile’s deep-rooted social inequality.

Kast has promised to restore order in a time of great political uncertainty, with many Chileans fearful of immigration and crime, and angry about violence and arson committed by some of the anti-government protesters.

He has proposed digging a border “trench” to keep out illegal immigrants, particularly from Venezuela.

“Kast represents the most recalcitrant of the Chilean right, which continues… to be a core of pinochetism, authoritarianism and xenophobia,” Claudia Heiss, a professor of political science at the University of Chile, told AFP.

The former student activist leader is riding a wave of public support for a more progressive social system.

As the candidate for the Approve Dignity coalition that includes the left-wing Frente Amplio (Broad Front) and the Communist Party, Boric has vowed to relegate Chile’s neoliberal economic policies, widely seen as sidelining the poor and working classes, “to the grave.”

He has also promised “a welfare state so that everyone has the same rights no matter how much money they have in their wallet.”

The middle class is heavily indebted, often to pay for schooling, healthcare and private pensions.

Boric, who is unmarried and hails from Punta Arenas in Chile’s south, backed the 2019 anti-government protests that resulted in a process to rewrite Chile’s dictatorship-era constitution. In 2011, he led student protests for free schooling in one of the most expensive countries for education in the world.

His detractors say Boric is inexperienced in politics and are suspicious of his allegiance to communists.

But supporters say his lack of ties to the ruling elite, which is increasingly viewed with hostility, counts in his favor.

Boric, of Croatian and Catalan descent, has abandoned the long hair of his activist days, seeking to build a more consensual and moderate image. But he shuns ties and makes no attempt to hide his tattoos.