Municipal solid waste incinerators (MSW) have a long history in America and an equally long history of resistance among communities where they are located. There has been a decline in the number of MSW incinerators in recent years, due to aging infrastructure, operational costs, and increasing maintenance costs.

Perhaps even more important, with global warming, there is now an increased interest in zero-emissions, zero waste, and sustainability, along with pollution concerns and environmental justice to those most affected by the incinerators.

According to research by the Tishman Environment and Design Center at New York City’s New School, there are currently 73 MSW incinerators still in operation in the U.S., not including those currently designated for closure. Of the 73 incinerators across the US, 58 incinerators, or 79 percent are located within three miles of low-income and minority neighborhoods.

MSW incinerators produce a toxic mix of pollutants
A total of 4.4 million Americans live within three miles of an MSW incinerator, and of that number, 1.6 million live near the top 12 incinerators measured in terms of pollutant emissions. And, oh boy, can the burning of household and commercial waste give off a stinking stew of pollutants.

Most people don’t think about solid waste and what it may contain, but here is a quick breakdown: For one, municipal solid waste can contain every and any dangerous substance on the market in the United States, according to the Conservation Law Foundation.

The burning of municipal solid waste in incinerators produces ash, that is deposited in landfills and ultra-fine particulate matter that enters the air after escaping pollution control technology. The incinerators emit toxins such as volatile organic compounds (VOCs), heavy metals, dioxins, sulfur dioxide, carbon monoxide, mercury, carbon dioxide, and furans into the air. 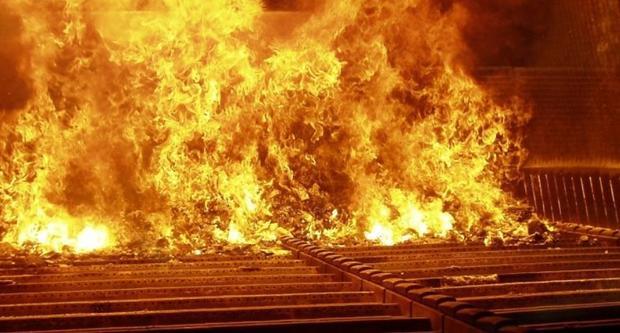 Municipal solid waste during combustion in a moving grate incinerator (of a waste-to-energy plant) capable of handling 15 tonnes per hour waste. The primary combustion air enters the furnace through the holes visible on the grate. Image dated March 13, 2007.
Ole Poulsen

“Many of these communities sit in high concentrations of other pollution and in the US, we don’t regulate places on the cumulative burden they face,” said Ana Baptista, associate director at Tishman and the report’s co-author. “Even with the best pollution controls, there’s a real cause for concern for people living next to incinerators.”

In other words, these areas are left for the poor and less fortunate of the population to live in. Not surprisingly, the EI communities have higher rates of respiratory diseases, like asthma or COPD and higher rates of heart disease and cancer. And this data is real, despite the fact that US incinerators typically abide by rules set on the amount of allowable emissions. 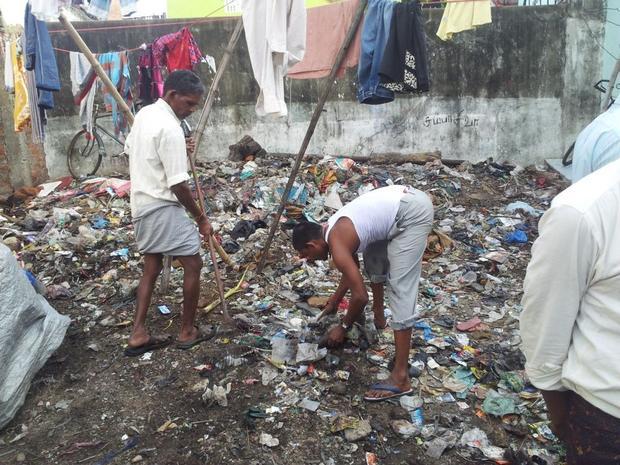 Slums of india.
Varun B. Krishnan

“Incinerators have historically played a significant role in the creation or expansion of environmental sacrifice zones in our most vulnerable communities, lowering housing values and increasing diseases such as cancer, asthma and other health impacts to those living in close proximity to the toxic emissions being released,” said Mustafa Santiago Ali, a former environmental justice official at the EPA who departed the agency after two decades in 2017.

The current discussion on solid waste management in our time of climate crisis is now focused on renewable energy and zero-waste streams that could eliminate the need for incinerators. “Incinerators have never been just about public health, they have been about, race, power, justice, governance, and poverty,” Mustafa Ali said.

The history of waste management is a very interesting story, and it will lead us up to today’s problems with the recycling of plastics and the search for biodegradable substitutes. We will look at these interesting topics in the future.