The president of the Canadian Medical Association, Gigi Osler, is adamant that no person should have a procedure performed on him or her without free, prior and informed consent – adding that pressuring women to undergo forced sterilization is a violation of a victim’s human rights but also a violation of medical ethics, reports the National Post.

Last week, Indigenous Services Minister Jane Philpott and Health Minister Ginette Petitpas Taylor sent a letter to provincial and territorial ministers, as well as members of the medical community regarding recent reports of the forced and coerced sterilization of Indigenous women in Canada.

All this was brought about by a proposed class-action suit filed against the government of Alberta on behalf of Indigenous women who say they were subjected to forced sterilizations. The lawsuit seeks $500 million in damages, plus an additional $50 million in punitive damages on behalf of all Indigenous women who were sterilized without their consent before Dec. 14 this year. 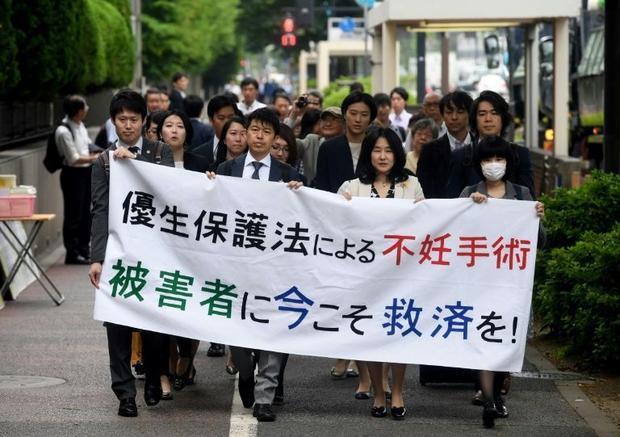 Lawyers and supporters of victims march in Tokyo as a movement seeking an apology and compensation for victims of Japan's now-defunct eugenics law gains momentum.
Toshifumi KITAMURA, AFP

The lawsuit alleges Alberta — including senior officials and ministers — had specific knowledge of widespread forced sterilization of the women while turning a blind eye to the practice, breaching the government’s fiduciary responsibilities, according to the Huffington Post.

Celeste Poltak, a lawyer with the Toronto-based firm Koskie Minsky LLP, says this is “yet another dark chapter” in the relationship between governments and Indigenous Peoples.

Another class-action lawsuit is also underway in Saskatchewan that names the Saskatoon Health Authority, the Saskatchewan government, the federal government and a handful of medical professionals as defendants.

CTV News is reporting that during an interview with the Canadian press last week, Prime Minister Justin Trudeau called the practice “heinous” but “stressed the importance of the working group of senior officials to oversee measures to improve cultural safety in health systems.” 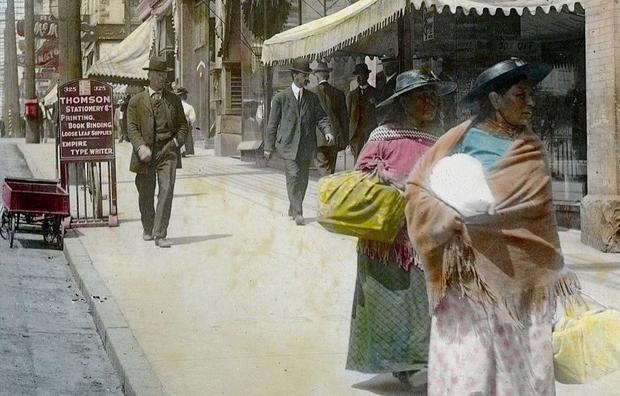 What is forced sterilization?
The practice is not new, although it is now condemned by society. Forced sterilization is the process of permanently ending someone’s ability to reproduce without his or her consent. This atrocious practice was used in the United States, beginning in the early 1900s as an attempt to perfect the gene pool.

Proponents of forced sterilization felt that they could create a society without crime, mental illness, and homelessness. The idea was that if the degenerates of society were kept from having children that society’s problems would disappear.

In the world today, forced sterilization is used for population control, like in Peru. In China, until recently, couples were limited to the number of children they were allowed to have.

Needless to say, but different tactics are used in situations where population control is a determining factor. Often these countries are struggling with a large number of people in poverty. In some of these cases, food and clothing are used as bribes to sterilize women. 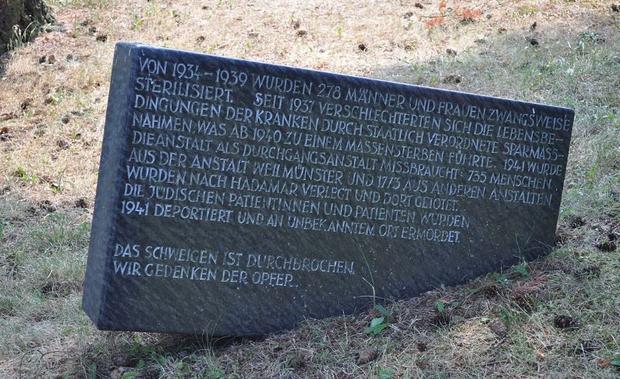 This memorial serves as a reminder of the compulsory sterilization instigated by the Nazis in Klinikum Weilmünster, Hesse, Germany.
Karsten11

Eugenics by any other name
Is this practice still going on today? Yes. Kenyan doctors have been sterilizing HIV positive women, sometimes without their knowledge. Israel reportedly targeted Ethiopian Jews for long-term contraception, according to Guernica.

And the world can’t ignore the forced sterilization of hundreds of thousands of people by the Nazis in the 1930s. The Law for the Prevention of Hereditarily Diseased Offspring (Gesetz zur Verhütung erbkranken Nachwuchses) was passed in July 1933. In order to become the “perfect” race, all German doctors were to report any patients of theirs who were deemed intellectually disabled, characterized mentally ill (including schizophrenia and manic depression), epileptic, blind, deaf, or physically deformed.

The Nazi sterilization program went on until close to the end of World War II with about 600,000 people being sterilized. At the Nuremberg Trials after the war, when questioned about the program, many Nazis defended their actions on the matter by indicating that it was the United States itself from whom they had taken inspiration.