Sony has already detailed many of the new features. In its original post in August, it announced that UI menus, notifications and backgrounds have been given a new lick of paint to make them feel more modern. It also introduced redesigned versions of the Quick and Share menus that make it easier to adjust settings, find friends and upload screenshots while in-game. Today, it announced another set of capabilities coming with the update, revealing it is available to download today.
The release version comes with some features that weren’t offered in the beta program. The Quick Menu has received further attention, including an enhanced Music player that allows you to discover, play and control Spotify streaming tracks without opening the app. You’ll be able to navigate your collection and change tracks without leaving your game. Sony has also worked directly with Spotify to curate a selection of special gaming playlists that are designed to help your gameplay. 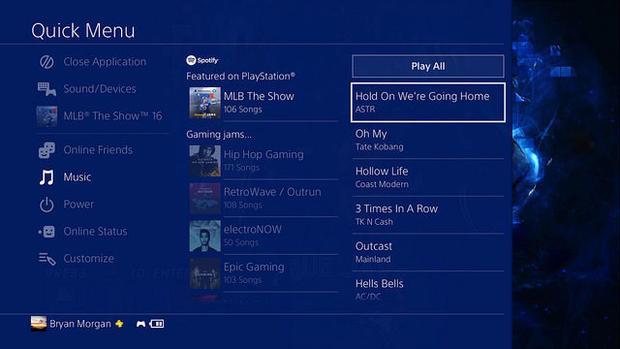 Several key screens and feeds have been reworked to emphasise the information they contain. The What’s New menu now includes information about the activities of your friends. There’s larger images, more accessible sharing options and dedicated sidebars for content and friend discovery features. The Content Info screen has had a similar treatment, exposing a game’s Overview, Trending media, Friends, Communities, Activities and PS Store content on a single page.
Sony previously announced a revised Library view that includes a couple of features requested by fans for years. It’s now possible to group apps and games into folders, enabling you to tidy up your Library and make it easier to find your most-played content. The interface has been freed of excessive clutter and now features a dedicated “Purchased” tab. It shows only the games you actually own, cutting out the mountain of demos and freebies many gamers have in their library. 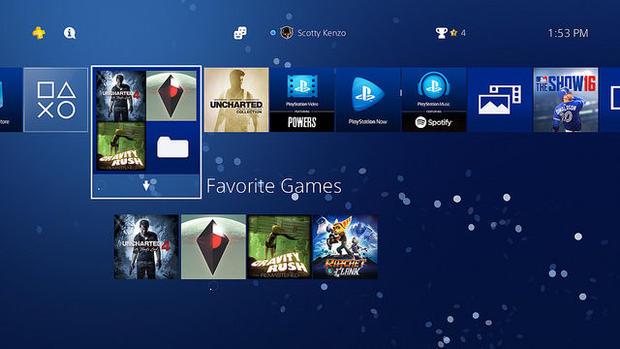 As a first for the PS4, Sony announced it is bringing High Dynamic Range (HDR) video to the console at an event last week. It unveiled the anticipated PS4 Pro and a slimmer base PS4 console, the latter a rival to Microsoft’s Xbox One S. Microsoft’s console includes support for HDR videos, a feature exclusive to the S-model. Sony has gone one step further, bringing HDR support to every PS4 ever built. It’s ready to be enabled in today’s update, enabling higher contrast ratios in compatible content.
The update is a major release for the PlayStation 4 that addresses several key user complaints with the console’s existing software. The addition of next-generation features like HDR helps to make the PS4 more future-proof and capable of supporting higher-quality content. Software version 4.00 also includes a few new 1080p streaming output modes for use with the high-performance 4K-ready PS4 Pro in November.
You can download the new release today from your PlayStation 4 console. Alongside the headline features, Sony also promises “a number of other” refinements to the general look and feel of the PS4’s interface, keeping it up-to-date with the current demands of players.