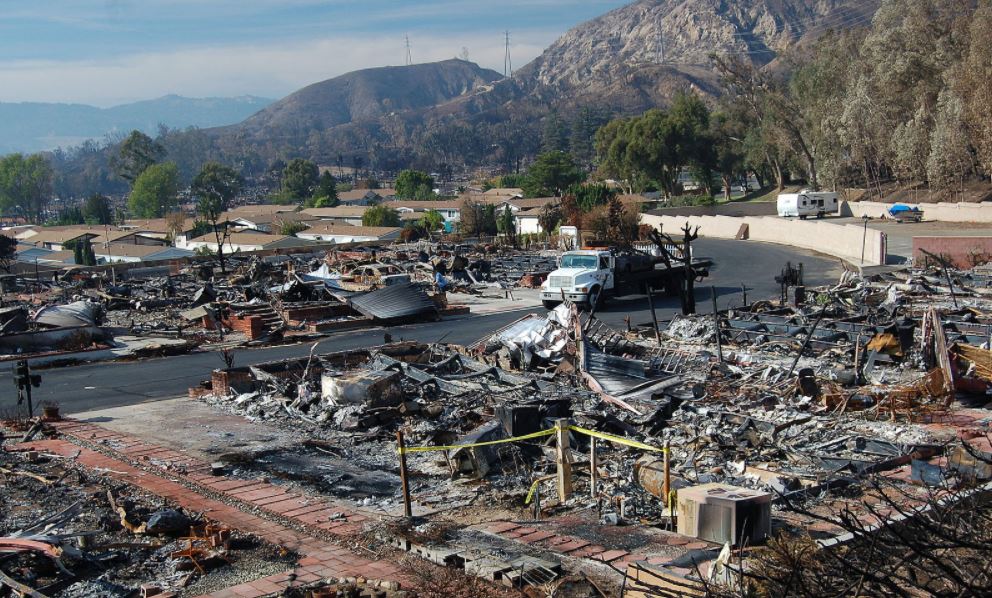 There were over 58,000 wildfires in the U.S. last year, and the 2021 wildfire season is already underway in many western states. What many people don’t realize is that these wildfires can also contaminate our drinking water systems with carcinogens that can last for months.

StatNews is reporting that after the 2017 Tubbs Fire that devastated parts of Northern California, Gerald and Serene Buhrz returned to their Santa Rosa home, turned on the kitchen sink faucet, and were hit with a nose-burning smell.

“The water smelled like diesel,” Gerald Buhrz, 77, said. “It smelled like you could probably light it with a match.”

Buhrz immediately called city officials and a crew came out and tested his neighborhood’s water system and found high levels of potentially carcinogenic compounds like benzene. Bottom line? It took a year before the water in the system was declared safe enough to drink.

And this contamination has been seen in other areas of California, with small water systems serving housing developments, mobile home parks, businesses, and small towns being particularly hard-hit.

Andrew J. Whelton is an environmental engineer, who along with his colleagues work with communities recovering from wildfires and other natural disasters. Last year, at least seven water systems were found to be contaminated, he writes in EcoWatch.

First of all, very few people have any idea of just how unsafe their water systems really are after a wildfire hits their neighborhood or city until weeks or even months later. Concerned that the contamination of water supplies was more widespread than anyone thought prompted Whelton and his colleagues to coduct a study into just how bad the threat was after a wildfire.

The study, Water safety attitudes, risk perception, experiences, and education for households impacted by the 2018 Camp Fire, California, was published in the journal Nature on May 3, 2021.

The research team identified a number of critical issues that households and businesses should consider after a wildfire. Failing to address them can harm people’s health – mental, physical and financial.

Benzene is a colorless chemical found in gasoline fumes, burnt wood, and plastic smoke. It evaporates into the air and easily dissolves in water. During and after wildfires, exposure to benzene can occur either by drinking water, inhaling it when water is boiled, or during showers, when it might also get absorbed through the skin.

Benzene is not Whelton’s only concern. He and his colleagues assessed several months of water contamination data from the Tubbs and Camp Fires and found evidence of other hazardous compounds — including naphthalene, styrene, and methylene chloride —  that exceeded either state or federal permissible limits. All are considered potential carcinogens.

This is why Wheldon is proposing that officials not rely on just benzene results when testing water systems after a wildfire. “Nobody has actually figured out which compounds are of most consequence,” he said. “In the case of Camp Fire, for instance, Paradise Irrigation District sometimes found benzene at levels that didn’t pose a risk, but other chemicals were there that did.”

What to look for after a nearby fire

Whelton has a few pointers for homeowners returning to their property after a fire. First and foremost – “Drinking water should be assumed to be chemically unsafe until proven otherwise.”

Signs of potential contamination include: “loss of water pressure, discolored water, heat damage to water systems inside and outside buildings, and broken and leaking pipes, valves and hydrants.”

When testing plumbing, include the property service line as well as the hot and cold water lines. Before collecting a water sample, the water must sit long enough in the plumbing so contamination can be found – at least 72 hours. Tests should look for more than benzene.

And remember, it may taker months to get rid of the contamination, often requiring a number of tests. The water system will have to be flushed and tested regularly to track down contamination. Health departments should also issue guidance on how to test private wells and plumbing.