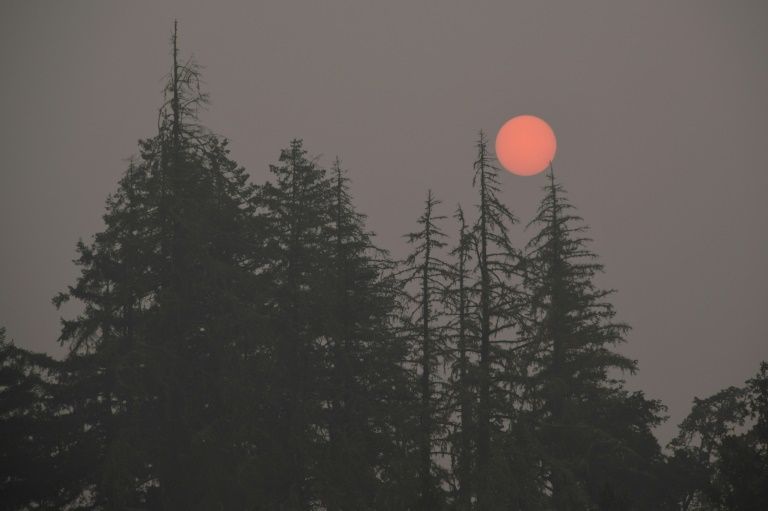 The extensive study was published on March 5 in the journal Nature Communications by researchers from Scripps Institution of Oceanography and the Herbert Wertheim School of Public Health and Human Longevity Science at UC San Diego.

“We know wildfires are going to become more extreme, due to climate change,” Rosana Aguilera, study co-author and postdoctoral scholar at the University of California, San Diego’s Scripps Institution of Oceanography, told The Guardian. “And it’s important that we start to reckon with the health effects of that.”

Focusing on Southern California, the researchers examined hospital admission records between 1999 and 2012. They found that admissions for respiratory problems saw an uptick from around 1.3 percent to 10 percent following an increase in wildfire-specific air pollution. 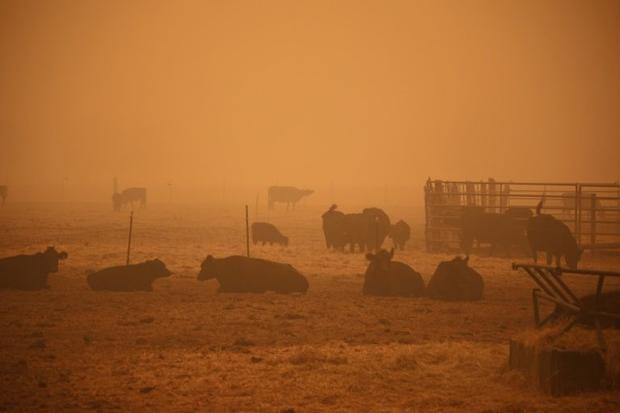 An orange smoke-filled sky hangs over Molalla, Oregon, where officials went door to door to make sure residents were evacuating in the face of deadly wildfires
Deborah BLOOM, AFP

Interestingly, a smaller increase in admissions was seen in other forms of air pollution, topping out at about 1.3 percent. While this study is not the first one to examine wildfire smoke and its effect on human health, it does confirm the extent of its effects at the population level.

Fine particulate matter
Tiny airborne particles, with diameters of up to 2.5 microns, about one-twentieth that of a human hair, called fine particulate matter, or PM2.5, are the main component of wildfire smoke and can penetrate the human respiratory tract, enter the bloodstream and impair vital organs, reports Science Daily.

PM2.5 can be found in other types of air pollution, so the research team, for this study, defined PM2.5 as exposure to strong Santa Ana winds with fire upwind. The second measure of exposure involved smoke plume data from NOAA’s Hazard Mapping System. 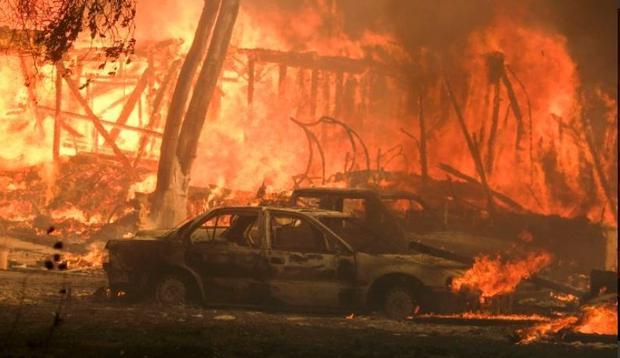 Corresponding author Rosana Aguilera said the research suggests that assuming all particles of a certain size are equally toxic may be inaccurate. “There is a daily threshold for the amount of PM2.5 in the air that is considered acceptable by the county and the Environmental Protection Agency (EPA),” said Aguilera, a postdoctoral scholar at Scripps Institution of Oceanography. “The problem with this standard is that it doesn’t account for different sources of emission of PM2.5.”

This is an important observation. Taking into account the wildfires raging on the western coast of the U.S. in September 2020, besides burning millions of acres of woodland, countless homes and businesses were destroyed or damaged. Besides wood smoke, fumes that contain metals, plastic, and cleaning supplies were also emitted.

All this smoke was sucked up high into the atmosphere, where it lasts longer and combines with oxygen to become more dangerous. And that is exactly what happened. The smoke got caught up around a section of high atmospheric pressure over the Great Basin, then got caught in winds and flowed east of the Rocky Mountains via the Jet Stream. 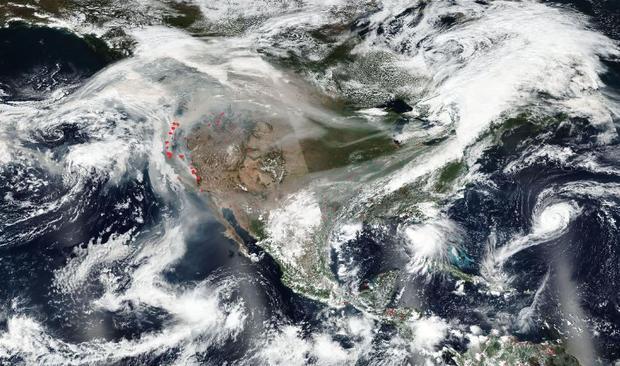 As fires continue to burn in the western U.S., winds have carried smoke across the continent. Image dated September 13, 2020.
NASA Earth Observatory

The researchers believe that if wildfire particulate matter is more dangerous to humans than other types of particulate matter, safe levels of PM2.5 should reflect the source of the particles, especially during the expanding wildfire season. This is especially relevant in California and other regions where most PM2.5 is expected to come from wildfires, say the researchers.

Coauthor Tom Corringham points to the implications for climate change: “As conditions in Southern California become hotter and drier, we expect to see increased wildfire activity. This study demonstrates that the harm due to wildfire smoke may be greater than previously thought, bolstering the argument for early wildfire detection systems and efforts to mitigate climate change.”

This study was funded by the University of California Office of the President, the National Oceanic and Atmospheric Administration (NOAA), the Alzheimer’s Disease Resource Center for Advancing Minority Aging Research at UC San Diego, and the office of Environmental Health Hazard Assessment.