A letter published by a group of current and former employees of Whole Foods, is the latest activist push from within Amazon’s ranks. This time, the unionization group Whole Worker denounced Amazon’s cloudy ties with the Department of Homeland Security (DHS) and ICE, reports The Verge.

The Whole Worker statement demands that Amazon cut ties to the technology company Palantir, and any other company that oppresses marginalized groups. Amazon does not directly work with ICE but does provide web services technology to Palantir, which provides ICE with software.

The statement asserts: “Palantir provides software that helps ICE in the deportation of undocumented people. Undocumented people must be welcomed with compassion and treated like the political and economic asylum seekers they are. Many it must be added, are fleeing from conditions created by destructive U.S policies, making it the responsibility of the U.S to welcome them. It also must be said that Palantir, in 2011, was involved in a plan to spy on labor unions and activists. As workers and activists actively organizing and unionizing, we see this as further proof that Amazon has no plans on respecting the rights of workers.”

Activists and immigration groups allege Amazon’s cloud computing arm, Amazon Web Services (AWS), supports multiple immigration-related databases for the government. For months, Amazon has been hit by protests from within and outside the company. 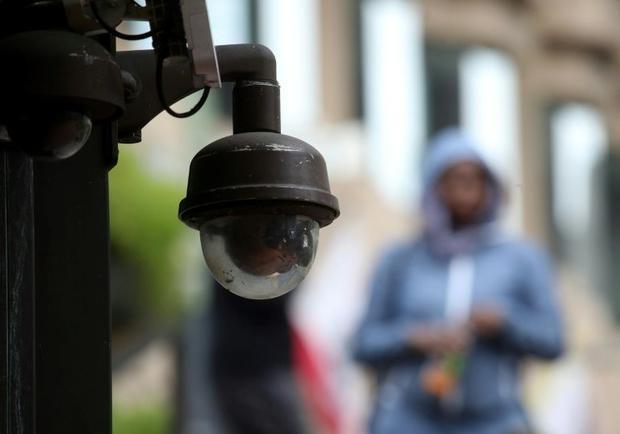 More broadly, the protests have demanded that Amazon cut all ties with DHS and ICE because they facilitate the Trump administration’s punitive immigration policies. Last month, protestors disrupted an Amazon Web Services conference in New York City over these concerns.

Employees are also disturbed over Amazon trying to sell its facial recognition software, called Rekognition, to ICE. This concern was outlined in a letter penned by Amazon employees last year, demanding that CEO Jeff Bezos stop selling the platform to law enforcement.

In the latest statement from Whole Worker, the organization says: “The software has already been proven to be racially biased, and the last thing an increasingly fascistic law enforcement culture needs are further tools for mass surveillance.”

The statement concludes: “We recognize that expecting a company built on the exploitation of marginalized people and the working class to cease its collaboration with ICE’s deportation machine by way of moral condemnations isn’t enough. Just as the rich and powerful will never allow you to vote away their wealth and power, an amoral misery machine will never be shamed into doing what’s right. Workers that control the levers inside Amazon must make this machine stop and turn in another direction. Bodies inside this machine are being mangled as it tramples on our homes, destroying families and communities. If you have your hand on one of those levers, ask yourself what can you to stop it? What will your children think? What will that child separated from their parents think? Peace to you, if you’re willing to fight for it.”