Our country is in a peculiar place in time right now. We have embraced a new future, one with technologies meant to improve our lives and clean up the environment. Such is the case with electric vehicles and the coming revamp of the nation’s electrical grid.

And despite their many advantages, electric vehicles may pose a challenge for their owners during natural disaster events, when access to electricity may be curtailed for several days or weeks. In a new study just published in Energy Policy, researchers at the Universities of Oxford, Michigan, and Vermont looked at how EVs would fare in a storm in the Florida Keys.

The implications are huge. It is forecast that by the year 2020, there will be one million electric cars in the United States. Right now, there are only 15,943 public charging stations with 42,550 outlets – and believe it or not, but not all EV’s accept the same charger. 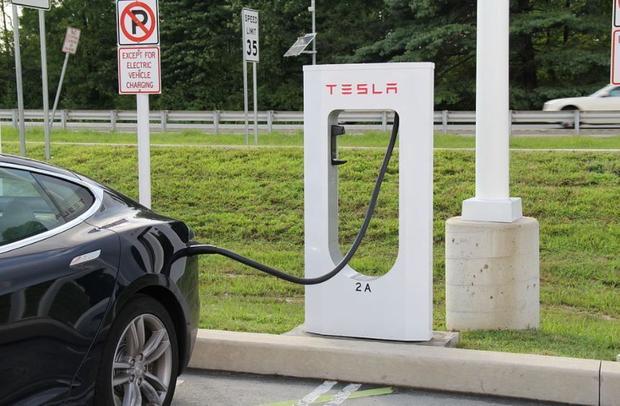 More DC fast chargers needed
Not only that but in the event of a natural disaster today, and it has already been seen in Florida, the distance between charging stations exceed the range of most electric vehicles and charging stations could become swamped or unavailable due to outages.
GreenTech Media suggests that the best bet would be to have more DC fast chargers available, because, right now, they are few and far between.

The DC fast charger can juice up a car with an 81-mile range in half an hour. However, the U.S. had only 4,134 such chargers in 2016. The state with the highest density of DC chargers per car, Kentucky, has one per 7.73 cars (more due to a lack of EVs than a glut of chargers).

California, on the other hand, has one DC charger per 9.285 EVs. And this is a state that professes to have the most developed EV market and the most charging stations of any state. Yet EV owners would be in the same boat as people in Florida if a mass evacuation were required due to a natural disaster.

Climate change and the rise in extreme weather events occurring in the United States brings home the need for policymakers to take into account the need for more charging stations in areas where mass evacuations are likely. Utilities will also need to invest in additional infrastructure to ensure reliability during an emergency.

With President Trump still talking about his trillion dollar infrastructure plan for the country, we don’t have a lot of time before the next weather disaster could strike. And as the researchers noted in their study, they wanted to raise awareness of the issues so that public policymakers can take them into consideration now.