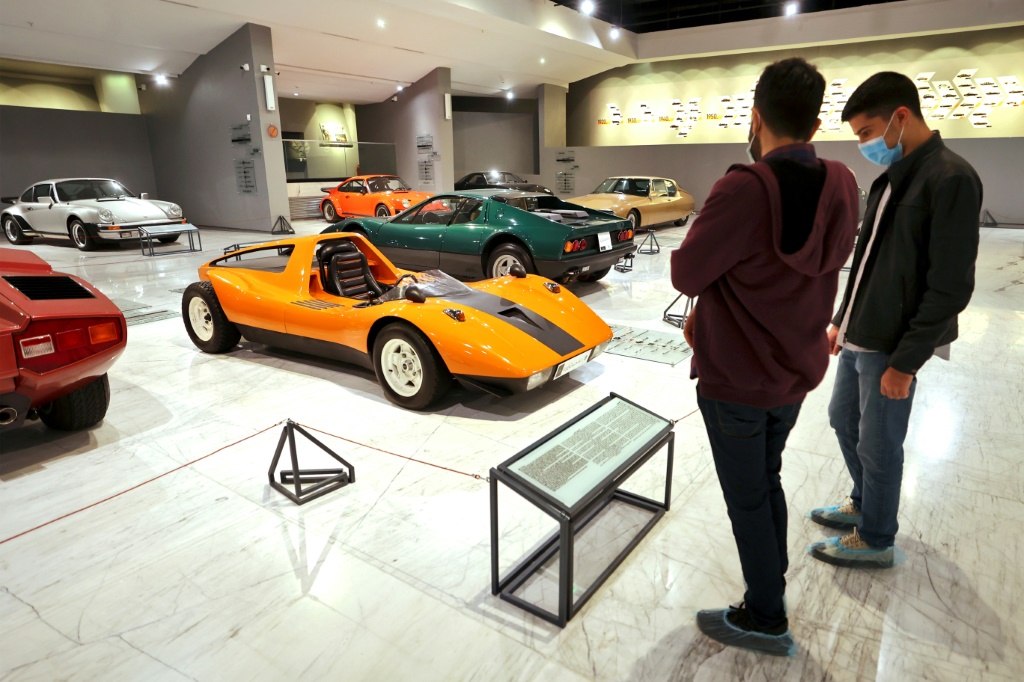 Before they were ousted by the 1979 Islamic revolution, Iran’s royal family enjoyed a lavish lifestyle with a taste for fast cars quite unlike any ever built.

Now, after half a century hidden away, the royal racers are back on show, with the Iran Historical Car Museum drawing in thousands since it opened to the public in recent weeks.

“We consider that these cars are part of Iranian cultural heritage,” the museum director Mohammed Faal said. “They belong to the people, not to the royal family.” 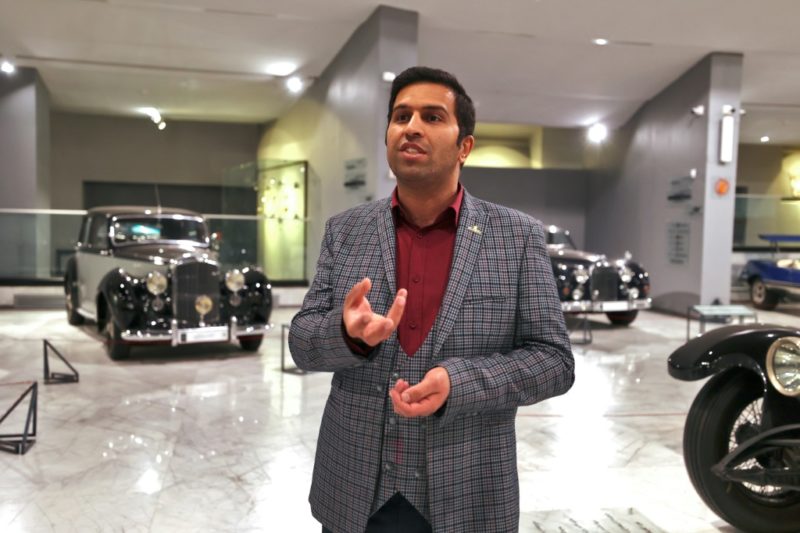 It is run by the Islamic republic’s Bonyad Mostazafan organisation — “The Foundation of the Oppressed” — which manages the confiscated property of the toppled regime of Shah Mohammad Reza Pahlavi.

The line-up is staggering, and includes a car combining a unique engineering collaboration.

In 1972, knowing the shah liked German engineering, Mercedes, Porsche and Volkswagen teamed up to build an unprecedented automobile.

They created the “MPV Tehran”, a bright orange painted single-seater, that was a “gift” to help crown prince Reza, who was then 12, learn how to drive.

It has two keys. One, made of silver, limits the powerful engine to a gentle 30 kilometres per hour (18 miles per hour). The other, in gold, allows the vehicle to speed at 170 kph.

While the car hasn’t raced since 1979, its sleek lines still inspire those who come to the museum.

Some 20,000 people have visited since its opening, more than the number of people who visit the national museum each month.

“I really like this place, because it brings together some of the rare things that remained after the revolution,” said Farzaneh, a 55-year-old pensioner.

“These objects take us through our history,” she added. 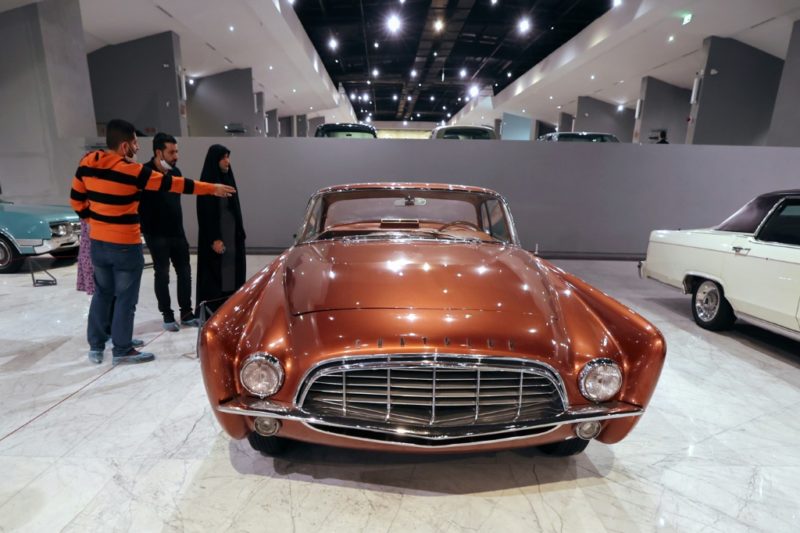 Sprawling over more than a hectare (nearly three acres), the museum is located in an industrial zone west of Tehran, close to the country’s automotive factories.

So far, it houses 55 cars, two coaches and four motorcycles, one of which was once driven by Farah Diba, the last empress and widow of the shah.

But a hundred other vehicles are still in warehouses awaiting to be meticulously restored and put on show.

Another prize exhibit is a black Rolls-Royce Silver Ghost, built in 1922. This car is notable not so much for its extravagant luxury, but because the Islamic republic kept hold of the historic gem after an epic battle with the exiled former monarchy.

“Six months before the revolution, the car had been sent to Rolls-Royce for repairs,” said Faal, the museum’s director.

“After the fall of the monarchy in 1979, the Pahlavi family demanded that the factory return it to them, claiming that it belonged to the dynasty.”

It sparked a furious legal battle.

But a British court ruled that, according to its documents, the vehicle belonged to the Iranian state and not the ex-royal family. 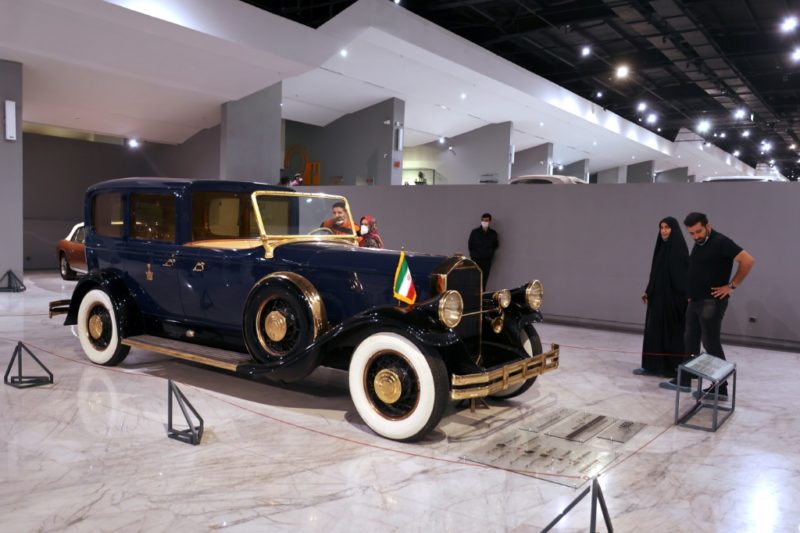 The museum includes the 1930 Pierce-Arrow “Model A”, at that time it was the most expensive car built in the United States. — © AFP

At that time it was the most expensive car built in the United States — and was bought by Reza Shah, the founder of the Pahlavi dynasty.

Its price tag was an eye-watering $30,000, equivalent to one eighth of Iran’s state budget at the time, and came complete with a gold-plated bumper and headlights.

The car, with the imperial crest fixed to the doors, was used by the shah during ceremonies including his marriage to his second wife Soraya and at the funeral of his father Reza.

But when the shah was dethroned and exiled 42 years ago, the car remained.

“It doesn’t matter who owned these cars, they belong to the Iranian nation, not to a particular king,” Faal added, explaining why the decadent trappings of monarchy were displayed by a regime that despised the shah.

“We love to admire the beauty of the car taking into account its history, and we appreciate the efforts of its manufacturers and designers.” 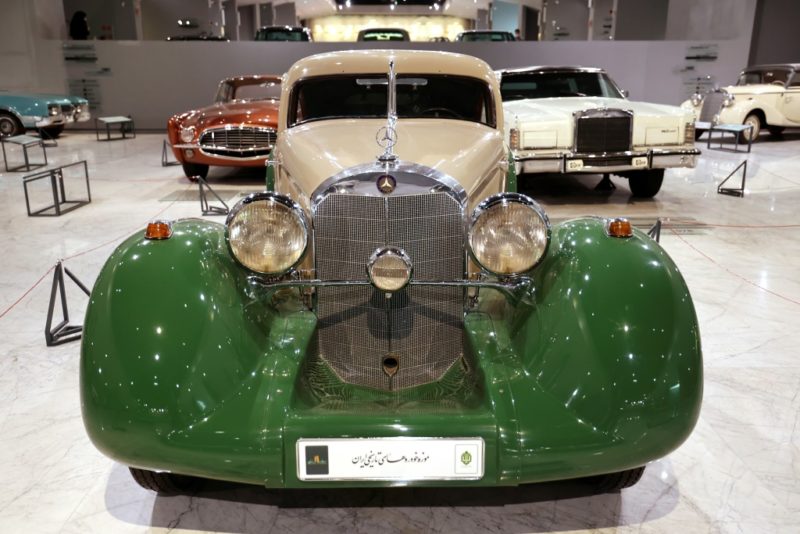 Another favourite for visitors is the 1934 Mercedes 500 K Autobahn Kurier, a gift from Adolf Hitler to Reza Shah.

The car is the last of its kind; of the six built by the German company, five were destroyed during World War II.

“Mercedes offered to buy it at a price we would set, because the firm was eager to have it in its museum,” said Faal. “We refused.”