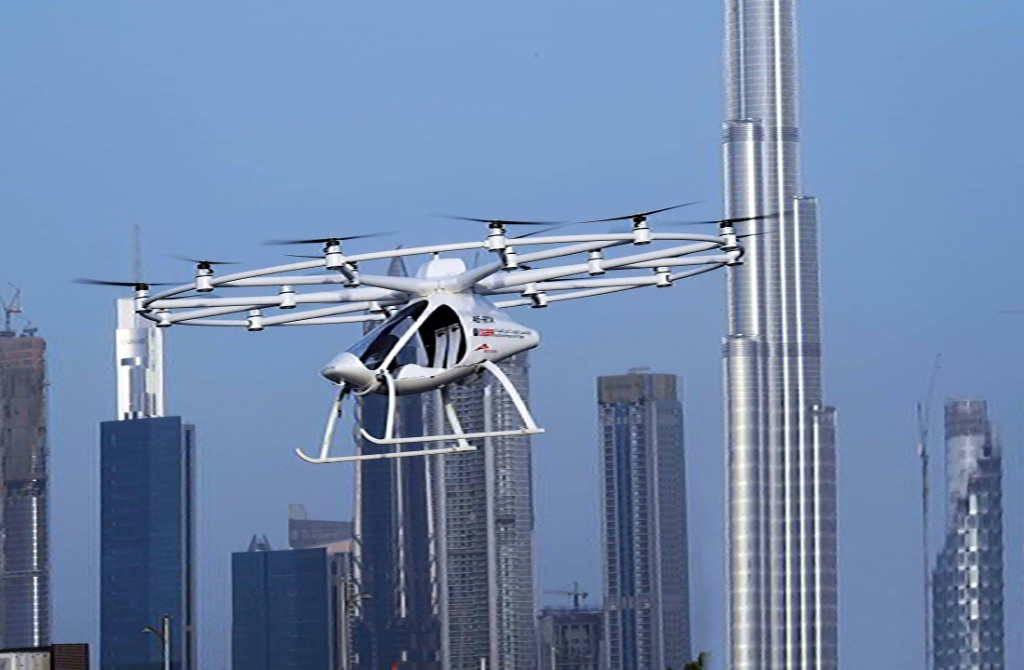 The world’s first minister for artificial intelligence says the United Arab Emirates isn’t only looking for economic benefits as it seeks to become a leading nation in the sector.

The UAE’s minister of state for AI, Omar bin Sultan al-Olama, said “quality of life” considerations were key, and also stressed the importance of a “responsible” rollout — with impacts potentially reverberating for decades.

“We are looking at AI as a tool,” he told AFP in an interview in Dubai. “It’s a tool that we need to use to unleash the quality of life aspect.”

The UAE also calls AI “machine intelligence”, defining it as a branch of technology enabling systems to “think, learn, and make decisions like humans”, which can support everything from virology to transport.

“Yes, economic gain is something that every country wants, and we want it too,” Olama added. “But… we want to ensure the development and deployment and the use of AI is responsible.”

Olama was just 27 when he was handed the cabinet-level position in 2017, tasked with launching the oil-rich Arab nation’s strategy in a field which touches everything from speech and facial recognition to commerce and autonomous cars. 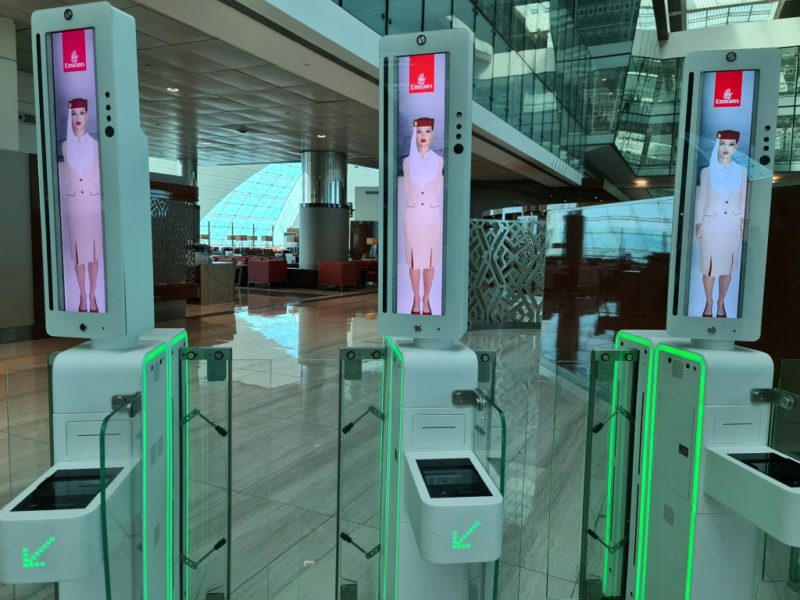 Fast-track gates that use face and iris recognition technologies at Dubai international airport, seen here soon after their installation in March 2021. — © AFP

His appointment came a year after the UAE also named ministers for happiness, hoping to create a “happier society”, and tolerance, mainly aimed at promoting coexistence in the Gulf country where foreigners make up the majority of the population.

The UAE’s stated goal is to become one of the leading AI nations by 2031, creating new economic and business opportunities and generating up to 335 billion dirhams ($91 billion) in extra growth.

According to consultancy firm PwC Middle East, nearly 14 percent ($96 billion) of the UAE’s gross domestic product will come from AI by 2030.

“The UAE was the only country that appointed someone to actually oversee this mandate seriously,” Olama said.

The wealthy Gulf country has invested heavily in technology over the past decade as it diversifies its economy and reduces its reliance on oil. 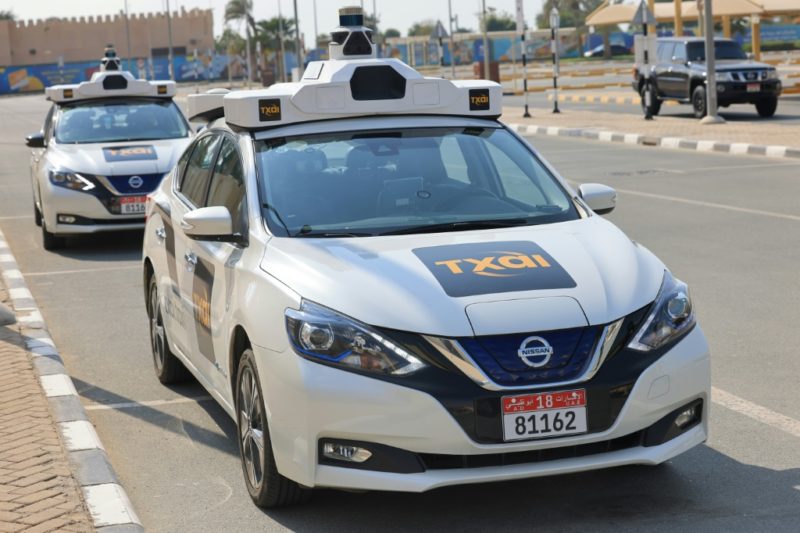 Self-driving taxis being used in a demonstration in the UAE capital Abu Dhabi, seen in this photograph from December 2021. — © AFP

Its bets include driverless cars, with autonomous taxis already tested on the streets of the capital Abu Dhabi, while Dubai, another of the country’s seven emirates, aims to have a quarter of its transport driverless by 2030.

However, the UAE has also drawn concern over its high levels of surveillance, and in 2019 it denied reports that a popular mobile app was being used for government spying.

Olama said a big part of his job was instilling public confidence and avoiding costly errors when AI systems are put in place.

The dangers of AI include inadvertently introducing bias against certain groups of people, which could prove damaging in areas such as public services.

“It entails that there’s no controversy around the deployment,” Olama said of his role. “It entails that we focus on deploying it today, but in a way that makes sure it does not impact future generations negatively.”

An important step in the project, he said, was to properly explain AI to senior officials, to “demystify” the technology and reduce the “element of fear”. 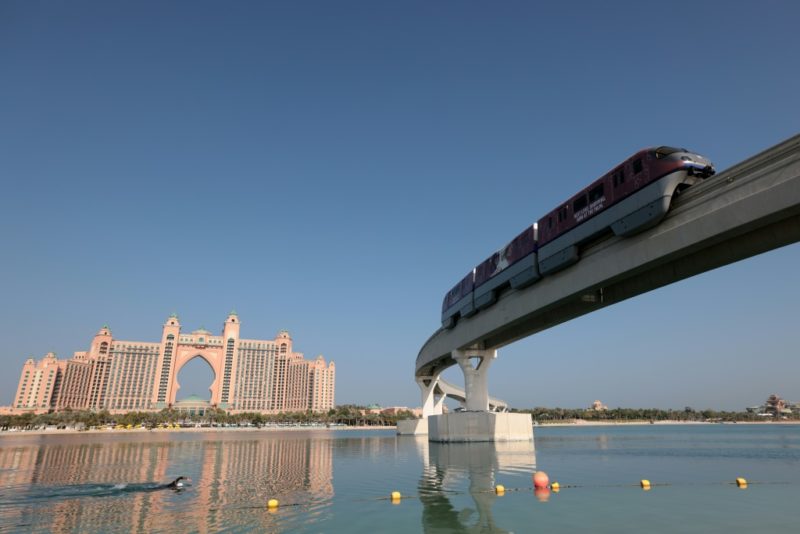 Dubai has the first monorail in the Middle East — a driverless, automated metro system. — © AFP

“If you’re dealing with something you don’t understand, you will have an aspect or element of fear associated with it, it’s human nature,” he said.

“Today, these people are our AI army. They are the people that are deploying AI across government, and really have a very strong foundation that they can build on.”

The UAE also has ambitions of becoming a major player in other areas of science and technology, sending its first astronaut into space in 2019 and launching a probe in 2020 that went into Mars’ orbit the following year.

This month, the country announced a digital economy strategy — including a council headed by Olama — hoping the sector will contribute 20 percent of GDP within 10 years.

“I don’t think in the next quarter-of-a-century there’s going to be an economy in the world that is not dependent for the majority of its economic activity on the digital realm, and AI is a big component of that,” said Olama.

“I also think we have not seen the true impact of AI on the economy.”