Tristan Lehari serves as co-founder and CEO. TritonWear is a Toronto-based start-up that brings elite sports analytics to swimmers thanks to affordable and easy-to-use technology.

Their platform, comprised of Wearable technology and app, pinpoints the athletes’ weaknesses and it helps minimize the risk of injuries so that the swimmers can focus more on their training, in an effort to get faster and be more efficient with their time. 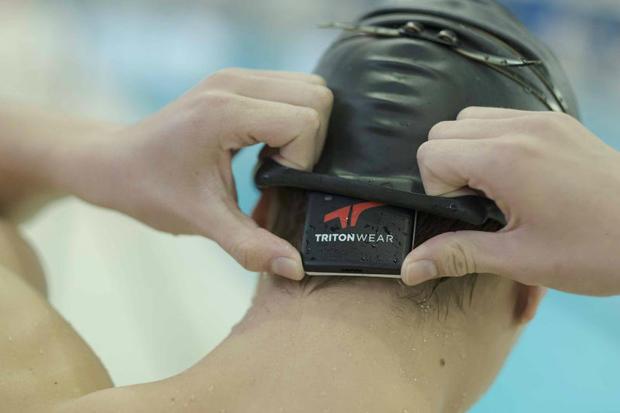 This technology takes the guesswork out of swimming training, and it allows coaches to provide individualized feedback in innovative ways based on each swimmer’s needs.

Most recently, TritonWear released the Triton 2, fully re-invented hardware, along with re-designed software and a new set of AI-based auto-coaching tools. Thanks to artificial intelligence, TritonWear captures the data to diagnoses weaknesses and it provides the actionable insights coaches and swimmers need to aid them in swimming fast.

Over the years, they have been working closely with the top swimming programs from all around the world. These swimming programs include Swimming Australia and Swimming Canada, among others. Their goal is to help aquatics by integrating data and technologies into the training of elite swimmers, in an effort to optimize their swimming performance.

This past winter, as SwimSwam reported, FINA (Fédération internationale de natation), which translates into the International Swimming Federation, featured TritonWear as an “event partner” for the fifth FINA World Aquatics Convention that took place in China in December of 2018.