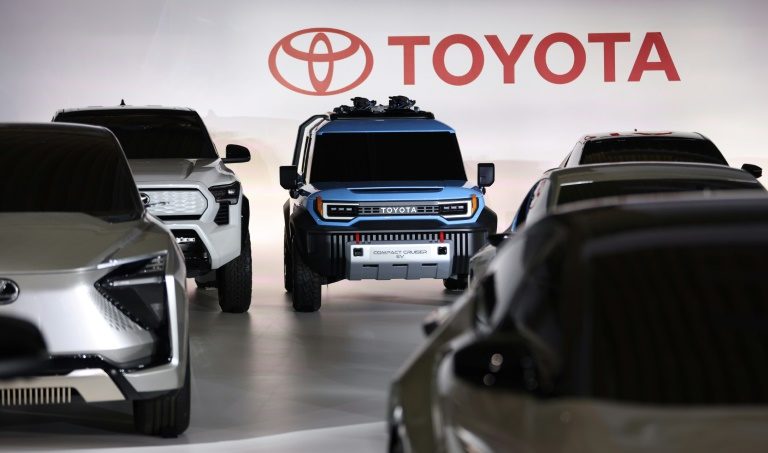 The world’s top-selling carmaker Toyota said Tuesday it no longer expects to meet its annual production target with operations hampered by the global chip crunch.

A worldwide shortage of microchips — essential components of modern cars — has forced many automakers including Toyota to slow or temporarily halt production.

In September, the Japanese giant lowered the number of vehicles it hopes to make in the year to March 2022 to nine million, down from 9.3 million.

But on Tuesday the company said fresh cuts to a planned bumper factory output next month meant it was unlikely to meet its new target.

“Current demand is very strong, therefore we were aiming for a high February production plan,” Toyota said in a statement.

But “due to the impact of the continuing demand for semiconductors across all industries”, the company said it had reduced its global production target for February to around 700,000 units, some 150,000 fewer than before.

“As a result of the revision, the full-year production forecast for the fiscal year… is expected to be lower than the previous forecast of nine million units,” it said.

Next month’s target is still higher than the 668,000 units Toyota made in February 2021, however, as it scrambles to make up for lost output due to the semiconductor shortage and pandemic disruption to supply chains in Southeast Asia.

The targets are for Toyota and Lexus vehicles only, not the auto group’s other brands Daihatsu and Hino.

Toyota said it would halt operations for several days next month on 11 production lines at eight of its 14 Japanese plants.

The company offered its “sincerest apologies to our customers and suppliers for the various inconveniences these adjustments may cause”.

In this article:chip shortage, Toyota