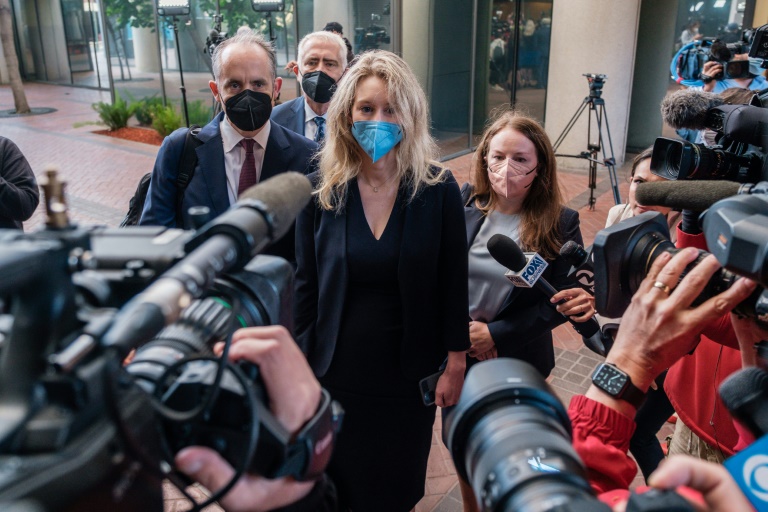 Fallen biotech star Elizabeth Holmes took the stand Friday in her Silicon Valley fraud trial, a risky tactic to defend herself against charges that could send her to prison.

Holmes faces potentially decades behind bars if convicted of allegations she scammed investors in her much-hyped blood test start-up Theranos — once valued in the billions but which collapsed under fraud claims.

Following two minor witnesses, the defense called Holmes to the stand where she recounted her career path with the same sincerity and famously husky voice that became part of her appeal to investors.

“I was doing it on my own, I did then start a company. I raised the money to start a lab and hire scientists,” she told the court.

“That company was called Real Time Cures… changed the name to Theranos.”

Taking the stand in her defense carries significant risks as prosecutors can attack on any inconsistencies in Holmes’s numerous public statements.

Holmes launched Theranos in 2003 at age 19, promising self-service blood testing machines that could run an analytical gamut for cheap and on just a few drops of blood.

She drew high-profile backers like Rupert Murdoch and former US Pentagon chief Jim Mattis, but it all unraveled after a 2015 series of Wall Street Journal stories questioned whether Theranos’s machines worked.

Prosecutors allege she purposefully sold a lie to dupe investors, but her defense said in opening arguments that she is guilty of nothing more than trying and failing to realize a visionary idea.