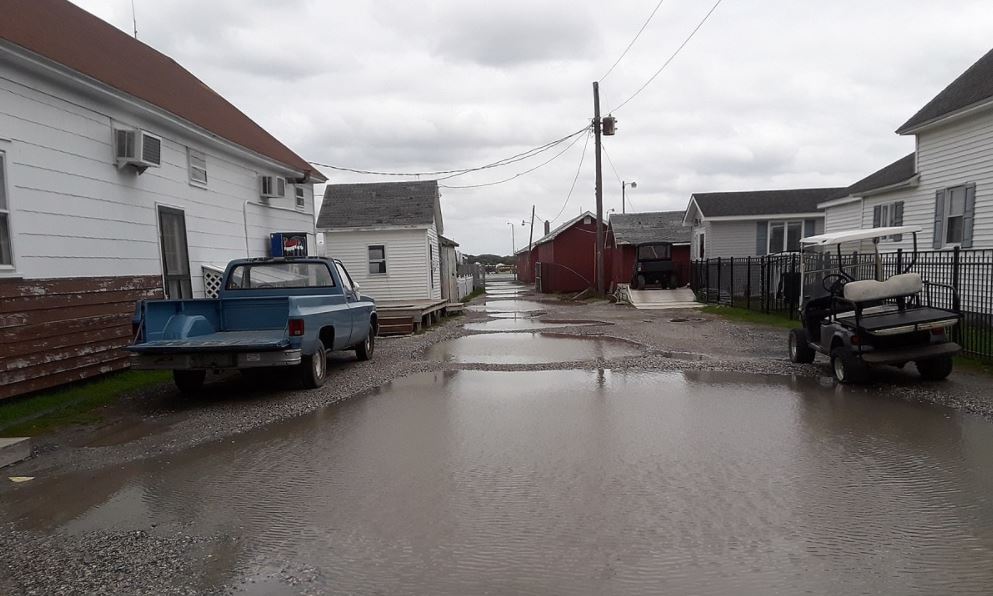 The town of Tangier, Virginia on Tangier Island in the Chesapeake Bay has lost two-thirds of its original habitable upland area since 1967, a new study has found. It will see a further decline within the next 15-30 years, leaving hundreds of people without homes and income.

The study was published Monday in the peer-reviewed journal Frontiers in Climate, and describes the situation on Tangier Island as a prominent example of the consequences of human-driven sea level rise.

After analyzing data on Tangier Island dating back a number of decades, the researchers found the small fishing town on the island had lost 62 percent of its habitable upland area, from 32.8 hectares (81 acres) down to 12.5hectares (31 acres) between 1967 and 2019, primarily due to a rise in sea levels.

The population of the island has also shrunk, from over 1,100 people in the early 1900s to just 436 recorded last year, reports CTV News Canada.

“Our study shows that sea-level rise has already had a severe impact on a small town in the U.S.,” David Schulte of the U.S. Army Corps of Engineers, who co-authored the study, said in a news release.

“Soon, these Americans, inhabitants of the last isolated fishing community in Virginia, will become climate change refugees, forced to relocate.”

What the study found

In order to determine the impacts of sea-level rise on the town, the researchers analyzed local sea-level rise data and compared upland to wetland conversion rates to the rate of population decline.

The researchers found that as of 2019, 62 percent of the original habitable upland area of the island had been lost since 1967. The upland areas consist of three habitable areas, West Ridge, Main Ridge, and Canton Ridge.

The researchers found that if relative sea-level rise were to continue as predicted, the year of full conversion to wetlands for each ridge is: 2033 (West Ridge), 2035 (Main Ridge), and 2050 (Canton Ridge).

“We noted that local sea-level rise in the Chesapeake Bay region is higher than the global average, and that it is accelerating in a similar trend as the global mean rate. The rate of conversion of high ground to wetlands was generally an accelerating trend, just like the sea level rise that is driving it,” explained Schulte.

Cost of relocation versus restoration

The study concluded that to fully protect and restore the town would cost roughly between $250 million and $350 million. The work would include applying protective stones along the vulnerable shorelines of the island and raising the three ridges by three meters (10 feet) using dredged sand.

When human exodus from the island becomes inevitable, the estimated cost of relocating a town of 436 inhabitants is between $100 million and $200 million.

The inevitable effects of rising seas is one of the most serious consequences of climate change, according to the latest UN Intergovernmental Panel on Climate Change report.

Eventually, the climate crisis will affect everyone, especially the majority of Americans who live in coastal cities – and Tangier Island is a warning for the effects and the economic cost of continued sea-level rise.

“Our study shows that sea-level rise impacts in the U.S. are already severe in some areas, even forcing people to relocate,” Schulte said. “Our data and analysis suggest Tangier Island is almost out of time, just like many other coastal communities all over the world.”