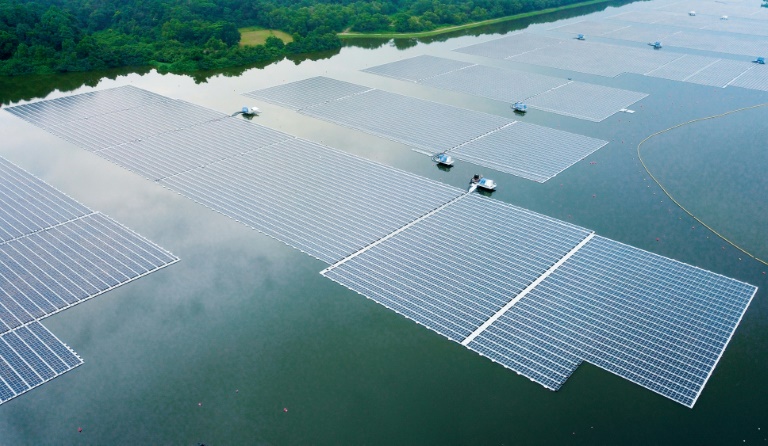 Can solar-powered microbes to feed the world? This may sound like science-fiction but scientists have demonstrated at the laboratory scale how a protein derived from microbes is both nutrient-rich and the process of manufacture requires only a fraction of the resources required by conventional farming.

The new development hails from the University of Göttingen and at the heart is the use of solar-panels to create a more sustainable, efficient and environmentally friendly microbial production plant.

The use of microorganisms to help to produce food is not new. The production of beer and cheese are long-standing examples, and the use of mycoprotein for creating vegetarian food has been with us for several decades.

The reason for expanding the use of microbial food is to help to alleviate world and issue of poverty. Furthermore, 30-40 percent of the Earth’s land is used for farming and at the same time one in ten people are undernourished.

Environmental impact is also important: There are a growing number of food challenges as the consequence of climate change as well as many farming practices  being resource intensive.

This newly developed method uses solar energy, land, nutrients, and carbon dioxide from the air. The effectiveness of such technology has been modelled in the laboratory, centered around computer simulations to assess how a protein-rich biomass can be grown, harvested and processed. Different microorganisms were modelled, with different organisms presenting varying levels of energy usage.

As to what the resulting protein powder can be used for, the ideas put forth include a feed for animals as well as new types of food for people.

For the researchers, outlining the environmental measures of the process are important. To demonstrate this, a series of equations were needed to set out the inputs of electricity generation (from solar panels), electrochemical production of energy-rich substrate for the microbes, microbe cultivation, harvesting, and processing the protein-rich biomass.

Other energetic expenditures were also accounted for. These included the production of macronutrients for microbial cultivation, bioreactor stirring and cooling, and downstream processing of biomass and proteins.

The important statistic is that for each kilo of protein produced, solar-powered microbes require only 10 percent of the land area compared to even the most efficient plant crop (which is soybean).

The research appears in the journal Proceedings of the National Academy of Sciences. The research paper is titled “Photovoltaic-driven microbial protein production can use land and sunlight more efficiently than conventional crops.”