The 10-year study, published last week in the journal Ecology and Evolution, was conducted by U.S. Geological Survey researchers who examined the tail tissue of over 400 snakes captured in South Florida from an area encompassing the Big Cypress Swamp to the Everglades.

The Everglades cover 11,000 square miles in southern Florida and has been thriving for thousands of years. The swamp is home to numerous species of reptiles, amphibians, fish, birds, and mammals, but the Burmese python has been found in the Everglades as far back as the 1980s when just a couple were caught. Every year since that time, the number of these invasive reptiles has increased astronomically. 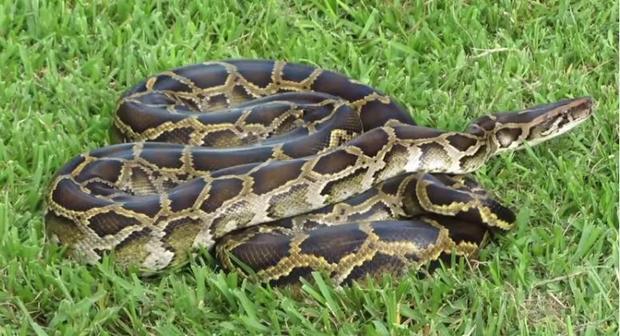 Some estimates put the number of Burmese pythons living in Florida at as many as 300,000.
Geo Beats News

In 2012, in an effort to protect the Everglades, a ban on the import and transport of yellow anacondas and Burmese pythons across state lines was enacted. The ban also included northern and southern African snakes. The U.S. Interior Secretary at the time, Ken Salazar, in making the announcement said, “the swamps have been overrun by the non-native species, and have been breeding and feeding on native species, harming the natural balance of the swamp. Burmese pythons are aggressive, and eradication efforts have proved fruitless.”

And as part of the long-standing study, in 2015, the U.S. Geological Survey released a study on the size of the python’s home range and as part of that study, it was discovered there was a breeding population. The research team learned the average home range of Burmese pythons in the Everglades was about nine square miles, with the snakes having a preference for sloughs and coastal locations within the park.

In 2015, statistical studies revealed there are an estimated 300,000 Burmese pythons in the Everglades, a number that will never be completely eradicated. In 2016, they were found breeding in the Keys for the first time. 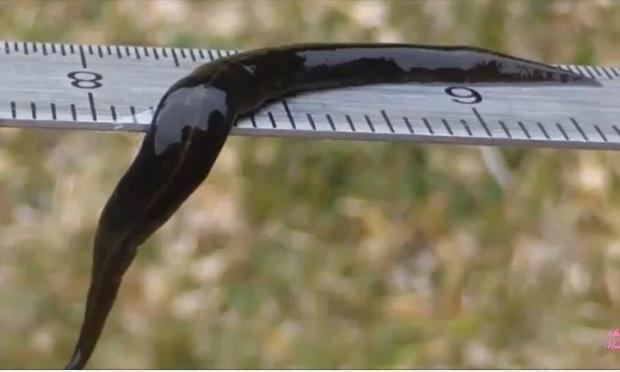 But Florida has more than unwanted Burmese pythons. From huge African snails to carnivorous giant lizards and toxic climbing tree frogs, and now, Indian pythons, Florida is losing its native wildlife and it is being replaced by exotic and sometimes dangerous species that don’t belong in urban areas. The Florida Fish and Wildlife Commission (FWC) has recorded more than 500 invasive or non-native species in the state

A hybridization is taking place in Florida
To better understand the invasion pathway and genetic composition of the python population, tissue samples from 426 snakes were used to acquire mitochondrial DNA. Interestingly, the vast majority of the samples appeared to be closely related Burmese pythons (Python bivittatus), meaning there were quite a number of 2nd and 3rd cousins.

Surprisingly, 13 of the samples had genetic markers from Indian pythons or Rock pythons (Python molurus), a species found in Southern Asia that can grow up to 3 meters (9.8 feet). Unlike the swamp-loving Burmese, the Indian python prefers high, dry ground. 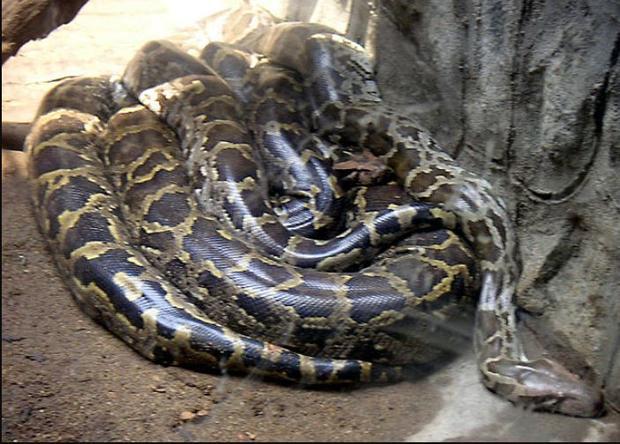 And this is very concerning to scientists. “If the Indian pythons have a wider range, perhaps these Everglades snakes now have that capability,” said lead author and USGS geneticist Margaret Hunter. “It’s quite interesting and quite surprising, but we don’t know the extent it’s in the population.”

“We were initially looking for the population structure to get some information to shed some light on the invasion dynamics or the core areas where the population may be breeding and then sending off migrants,” Hunter said.

Scientists don’t know exactly where or why the two snakes hooked up, with one possibility being the prey available to them. In their native habitat, there are different prey and environmental barriers to consider. But they could breed in the wild, says Hunter, who notes that sometimes breeders will frequently cross species to produce more desirable colors and patterns for the pet trade.

And the researchers also suspect the warming climate will allow the pythons to migrate further north. An upcoming study looking at how the snake has adapted should shed some light, she said. But, Hunter says the rapid expansion of the snakes has given scientists a “rare window into evolution dynamics,” according to the Miami Herald.