Every home in the Prescott, Arizona neighborhood of almost 3,000 homes will have solar panels and a battery, provided by Sonnen. Smart home controls will automatically store solar power, to be used when needed, including powering each home’s climate control systems, lighting, and other electronics.

Also, all the homes in the neighborhood will be networked, allowing them to share power using SonnenCommunity technology. The interconnected system of solar panels and energy storage will serve as a 23 MWh virtual power plant with a total output of 11.6 MW, reports Electric Light&Power.

Many readers may remember that earlier this month, Sonnen announced its plan to install microgrids to provide electricity for at least 15 emergency relief centers in hurricane-ravaged Puerto Rico. Called the “Puerto Rico Energy Security Initiative” (PRESI), it will eventually expand to include all of the island, working with their local partner and distributor of its products, Pura Energia. 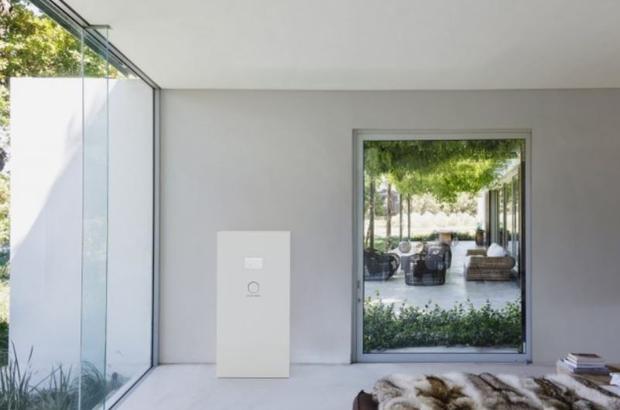 The sonnenBatterie eco is an energy storage solution for your home that uses intelligent software to manage energy throughout the day – saving you money, providing backup power and enabling you to use your solar power at night.
Sonnen

The “virtual power-plant’
The batteries, which can cost as much as $10,000 to $20,000, will be apart of the home’s cost and wrapped into the mortgage. The ultimate goal is to have utilities pay the homeowners to use the stored power in those 3,000 batteries, literally creating a “virtual power plant.” The amount of stored power, 8-megawatt hours of electricity, will be enough to power about 5,000 average homes for a day.

Sonnen Senior Vice President Blake Richetta said even if utilities didn’t buy any power, homeowners would still be saving money. They would either need to buy a small amount or no power at all from the electrical grid, reported Reuters. For now, Sonnen is moving ahead with the project without any buy-in from local utilities. This has been one stickler for Sonnen in getting into the U.S. market.

“When I came to Sonnen from Tesla, there was all this talk and no unified approach to a clean energy vision in the US. It frustrates the German team.” American utilities mostly wanted to implement pilot projects and would become paralyzed by them, said Richetta, former North America Powerwall sales manager for Tesla. 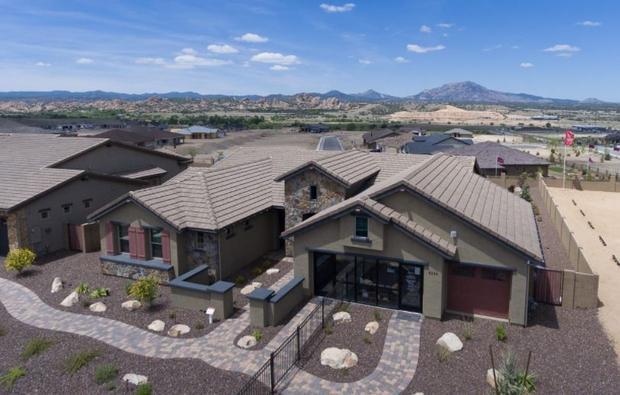 One of the many Mandalay homes in Arizona.
Mandalay Homes

However, Sonnen would prefer to work with the local utility, Arizona Public Service. They are in talks with Pinnacle West Capital Corp’s Arizona Public Service and Salt River Project. “We’re trying to redefine the grid shared by all of us and create a clean energy future, instead of having a clean energy industry that doesn’t harmonize. That’s a dead end,” he said. “We could have our own little island, but that doesn’t do anything for the greater society.”

About Mandalay Homes
Prescott, Arizona-based Mandalay Homes is a certified U.S. Department of Energy ZERO Energy Ready Homebuilder. They have their sights set on becoming the first U.S. production home builder to meet the stringent qualifications of the U.S. Passive House certification. Mandalay Homes’ Owner and CEO Dave Everson is a long time resident of the state of Arizona with family roots in the Upper Peninsula of Michigan.

The company has also received the EPA airPLUS Leader Award (2015) for indoor air quality, and the ENERGY STAR Certified Homes Market Leader Award (2016) and ENERGY STAR Partner of the Year (2017). Mandalay Homes was the first home builder to receive both the U.S. DOE and U.S. EPA awards.