iOS 10 was unveiled at Apple’s WWDC keynote yesterday. It launched a preview of the new operating system to developers ahead of its full public release later this year. Apple says the update is the “biggest iOS release ever” and has focused on 10 key features to define iOS 10.
Siri
One of the most major changes concerns Siri, Apple’s voice-controlled digital assistant. The company has transformed Siri into a more proactive tool akin to Google Now and Microsoft’s Cortana. It works to surface information you might need for the day ahead and place it at your fingertips, helping you see what’s coming up.

Official press images of Apple’s iOS 10, announced 13/06/2016
Apple
For the first time, developers will be able to add Siri to their own apps. This will allow you to interact with third-party apps through Siri, using voice commands to send a message in WhatsApp, book a taxi with Uber or search through your call history. Opening Siri up to the world will allow developers to extend its capabilities and create a more versatile assistant.
Interface
A number of improvements have been made to the core iOS interface. While there’s nothing drastic in the changelog, Apple has streamlined several key areas to make them easier to use. It has extended support for the iPhone 6s’ 3D Touch pressure-sensing display throughout the operating system, letting you do more with just a tap, and redesigned the way notifications are presented on the Lock screen.
The iPhone can now automatically wake up and display its Lock screen when lifted off a table or out of a pocket. Called Raise to Wake, the feature allows you to check the time or pending notifications more quickly, without having to reach for the home button.
Additional interface tweaks include support for split-screen multitasking in the Safari web browser on iPads, a completely redesigned Apple Maps app that uses intelligence to automatically show you directions and support for animated and personalised emoji in the Messages app. The latter will especially appeal to younger customers of Apple’s products, reaffirming its commitment to create accessible devices with lower-cost handsets like the iPhone SE.
Apps
No iOS update would be complete without a reshuffling of Apple’s stock apps. Aside from the aforementioned Maps update, several other default apps have also received major tweaks to improve their functionality and usability.
In particular, Apple Music has received a meticulous redesign. To combat criticism of the Spotify rival’s confusing interface, Apple has rewritten the app from scratch. Its new design is simpler and makes its features more obvious, drawing on standard iOS design principles in place of the more unique elements of the original. The main Library, For You, Browse and Radio tabs have been completely redesigned to better reflect their respective purposes and a new tab, Search, simplifies finding new music. 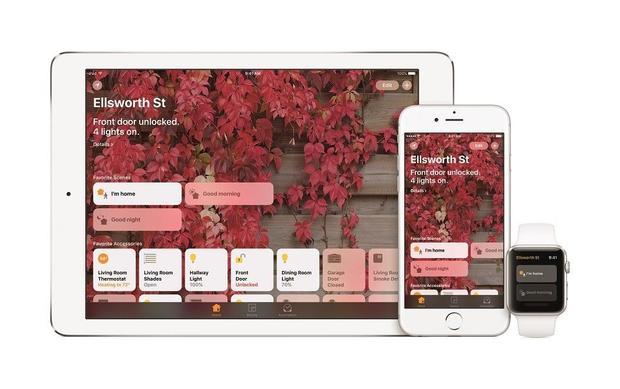 Official press images of Apple’s iOS 10, announced 13/06/2016. This is the new Home app for home automation
Apple
Advertisement. Scroll to continue reading.
Similarly, Apple News has undergone something of a rethinking. After launching with the intention of becoming the go-to news app, it lacked many more features than simple headline amalgamation. The new version includes a personalised For You section, better discovery features to find new content, breaking news notifications and paid subscriptions to major publications. The additions should turn it into a more complete alternative to the apps like Flipboard it was designed to rival.
The final major change concerning apps doesn’t relate to additions but rather something exactly the opposite. Apple has finally conceded to the pleas of fans for years and will allow users to uninstall its default apps on devices running iOS 10. 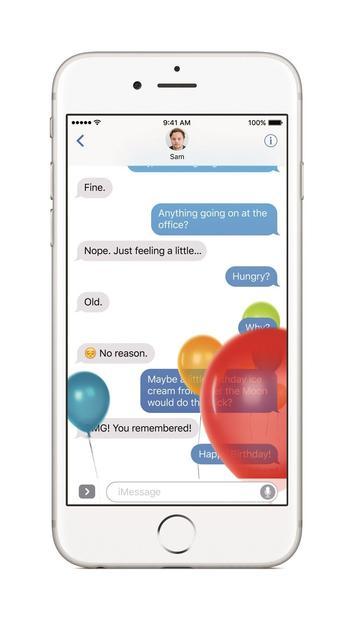 Official press images of Apple’s iOS 10, announced 13/06/2016
Apple
The majority of the stock apps are now present in the App Store, allowing users to remove them and reinstall them later on. It could also allow Apple to update them in-between iOS releases, taking the same approach as Google and Microsoft have with their respective Android and Windows 10 platforms.
For users, the change will make it easier to free up storage space by deleting little-used apps such as Compass or ones that don’t interest everyone, like Stocks. Some core apps, including Phone and Messages, can’t be uninstalled to avoid breaking the operating system but the majority of obviously non-essential ones can.
iOS 10 – “The biggest iOS release ever”
iOS 10 is another major release but once again it doesn’t introduce anything radically new. It’s another significant revision of the operating system but one which again seems to be playing catch-up to Apple’s faster-moving rivals. It includes features that will please Apple fans though, with a more intelligent Siri and stock app removals popular requests for years.
“iOS 10 is our biggest release ever, with delightful new ways to express yourself in Messages, a native app for Home automation, and beautifully redesigned apps for Music, Maps, and News that are more intuitive and more powerful, making everything you love about your iPhone and iPad even better,” said Craig Federighi, Apple’s senior vice president of Software Engineering. “iOS 10 adds Siri intelligence into QuickType and Photos, automates your home with the new Home app and opens up Siri, Maps, Phone and Messages to developers — while increasing security and privacy with powerful technologies like Differential Privacy.” 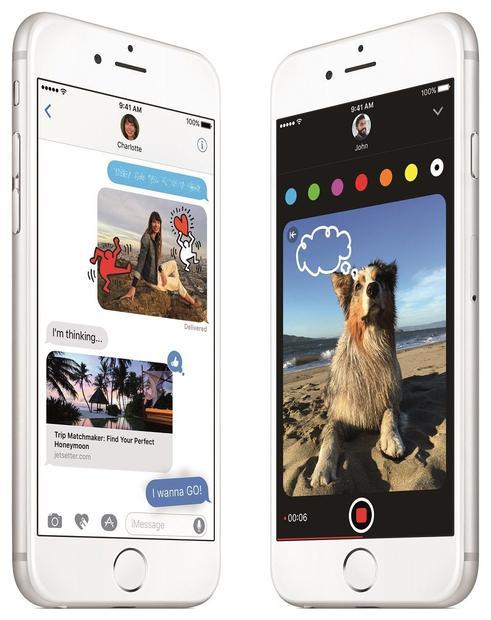 Official press images of Apple’s iOS 10, announced 13/06/2016
Apple
Advertisement. Scroll to continue reading.
Besides the headline features, there are a number of other changes to the operating system, some of which will be obvious and others less-so. They include a new built-in app for smart home products, Home, a new technology to securely improve search suggestions, Differential Privacy, and a Bedtime Alarm in the Clock app to allow you to achieve a regular sleep pattern.
iOS 10 will roll out this fall as a free software update for the majority of devices running iOS 9. The officially supported list includes the iPhone 5 and later, all iPad Air and iPad Pro models, the 4th generation iPad, the iPad Mini 2 and the iPod Touch 6th generation. Developers can download a preview release today.
In this article:apple, Ios, ios 10, iPad, iPhone, siri, Smartphones, Software, Update

Facebook's independent oversight board on Wednesday upheld the platform's ban on former US president Donald Trump.