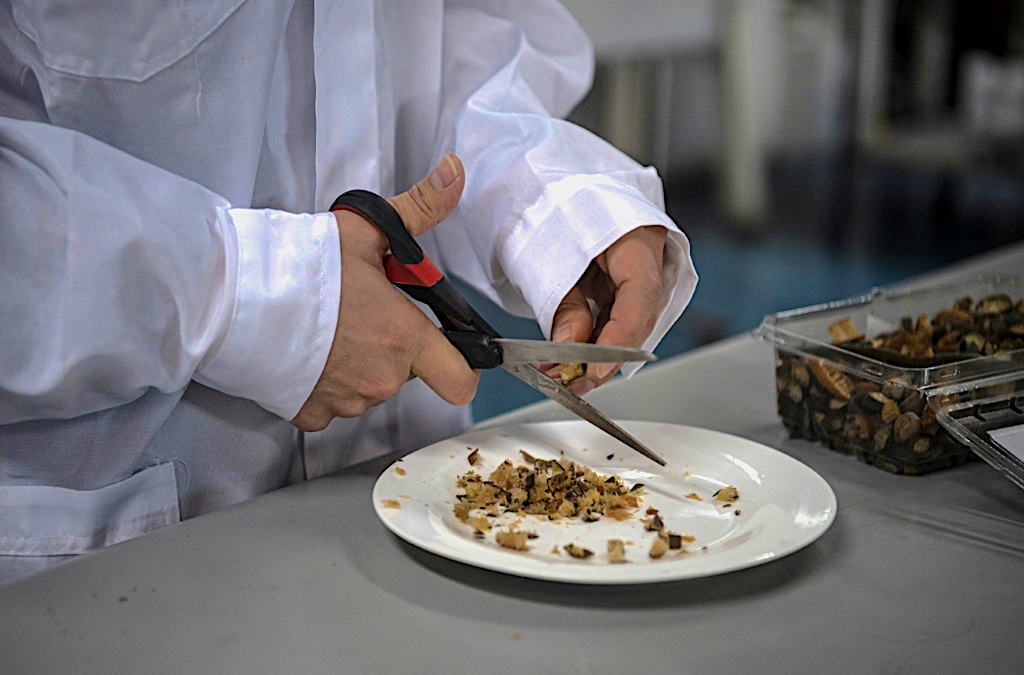 Some dehydrated “cochayuyo” seaweed, some instant mashed potatoes and hot water: these are the ingredients for a nutritious menu of 3D printed food that nutritional experts in Chile hope will revolutionize the food market, particularly for children.

With a 3D food printer and a modern twist on the traditional use of cochayuyo, an algae typically found in Chile, New Zealand and the South Atlantic, Roberto Lemus, a professor at the University of Chile and several students, have managed to create nutritious and edible figures that they hope kids will love to eat.

Pokemon figures, or any type of animal imaginable, are all fed into the 3D printer, together with the gelatinous mixture, and the food is “printed” out seven minutes later.

But, he stressed, the main focus is on nutritional content. “The product has to be highly nutritious for people, but it also has to be tasty,” he said.

3D food printers are expensive, costing from $4,000 to more than $10,000, but Lemus hopes that as technology advances, their cost will come down and reach more people. 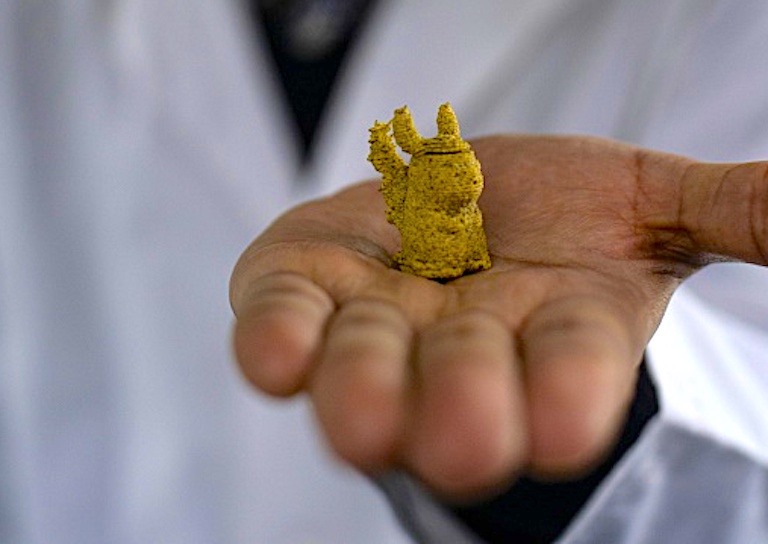 Food engineer Roberto Lemus shows a sample of a candy for children made with cochayuyo seaweed and rice flour, at the lab of Chile’s University in Santiago. —© AFP

The technology is developing in the culinary field in dozens of countries, and 3D food printers are used to design sweets, pasta and other foods.

NASA already tested it in 2013 with the idea of expanding the variety of foods that astronauts dine on in space.

Chile is making progress with cochayuyo seaweed, one of the typical ingredients of the coastal nation’s cuisine, and which is rich amino acids, minerals and iodine, according to Alonso Vasquez, a 25-year-old postgraduate student who is writing his thesis on the subject.

The young researcher takes dehydrated cochayuyo, cuts it and grinds it to create cochayuyo flour which he then mixes with instant mashed potato powder.

He then adds hot water to the mixture to create a gelatinous and slimy substance that he feeds into the printer.

“It occurred to me to use potatoes, rice flour, all of which have a lot of starch. The starch of these raw materials combined with the cochayuyo alginate is what generates stabilization within the 3D printing,” he says, waiting for the printer to finish creating a Pikachu figure of about two centimeters (just under one inch) and a taste of mashed potatoes and the sea.

The project has been underway for two years and is still in its infancy, but the idea is to apply ingredients such as edible flowers or edible dyes to the menu to make them more attractive to children.

In this article:Chile, Food, Health, Science