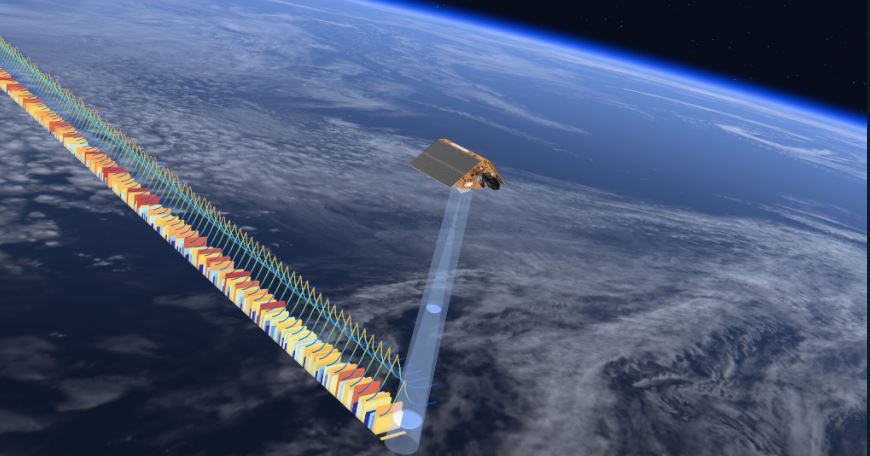 Sentinel-6 is part of the European Union’s family of Copernicus missions, however, its success is due to the exceptional cooperation seen between the ESA, NASA, the European Commission, EUMETSAT, and NOAA.

The satellite, named after former NASA Earth Science Division Director Michael Freilich, collects its measurements for about 90 percent of the world’s oceans. It is one of two satellites that compose the Copernicus Sentinel-6/Jason-CS (Continuity of Service) mission. The second satellite is due to be launched in 2025.

Starting on June 22, 2021, two data streams of low-resolution sea-surface height will be available to the public, according to the ESA. The first set of data will be available within a few hours of Sentinel-6’s Poseidon-4 altimeter collecting it and is accurate to 2.3 inches (5.8 centimeters).

The second data stream will arrive a couple of days after it is acquired, and it is accurate to 1.4 inches (3.5 centimeters), It seems that the difference related to when the two products become available has to do with accuracy, especially for tasks like forecasting the weather or helping to monitor the formation of hurricanes.

There will be a third data stream available later this year, and it is supposed to be the most accurate. This data set, which will be accurate to about 1.2 inches (2.9 centimeters), is slated for distribution later this year and is intended for research activities and climate science including tracking global mean sea level rise.

“It’s a relief knowing that the satellite is working and that the data look good,” said Josh Willis, project scientist at NASA’s Jet Propulsion Laboratory in Southern California. “Several months from now, Sentinel-6 Michael Freilich will take over for its predecessor, Jason-3, and this data release is the first step in that process.”

“These initial data show that Sentinel-6 Michael Freilich is an amazing new tool that will help to improve marine and weather forecasts,” said Eric Leuliette, program and project scientist at the National Oceanic and Atmospheric Administration in Maryland. “In a changing climate, it’s a great achievement that these data are ready for release.”