Announced by Samsung today, the Galaxy S7 edge Olympic Games Limited Edition will be available in very limited numbers to the public. 12,500 phones will be delivered in collaboration with the International Olympic Committee to all Rio 2016 Olympians, supposedly with the intention of helping them “enhance their experiences” but more probably to give Samsung some free publicity.
In honour of the Rio 2016 Olympic Games, a further batch of 2,016 handsets will be offered to fans in select countries worldwide. People in regions including Brazil, the United States, China, Germany and Korea will be able to purchase the special S7 edge from July 18th. 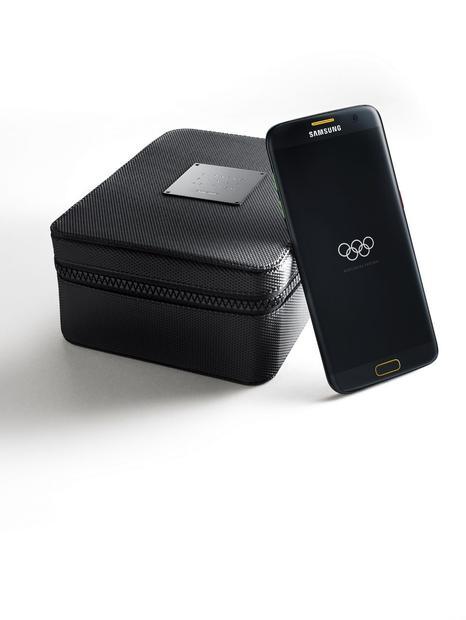 Samsung’s Galaxy S7 edge Olympic Games Limited Edition
Samsung
The phone itself is a uniquely customised version of the standard Galaxy S7 edge, Samsung’s current mobile flagship. The phone is based around a dark theme accented with the colours of the Olympic rings. The design uses a custom colourway pattern embedded into the phone’s casing.
The detailing includes a yellow-tinted earpiece speaker and home button surround, a power button, green volume keys and a blue Olympic rings symbol etched into the back of the phone.
When starting the device for the first time, users will find more Olympic colours throughout the phone’s interface. Samsung has created a special TouchWiz theme that includes colour accents in the home, lock and notification screens as well as the stock message, dial and contact views. A set of preloaded Rio 2016 wallpapers will continue to spread the Olympic message. 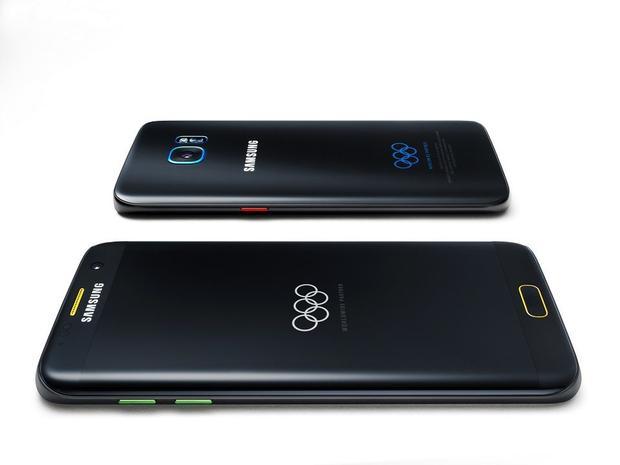 Samsung’s Galaxy S7 edge Olympic Games Limited Edition
Samsung
Advertisement. Scroll to continue reading.
To accompany the phone, Samsung will bundle its recently launched Gear IconX cord-free earbuds. They feature an in-ear heart rate monitor and standalone music player. When connected to a Samsung phone, they are able to monitor your fitness through the company’s S Health app.
Samsung is a Worldwide Olympic Partner in the Wireless Communications Equipment category. It said it has developed the S7 edge Olympic Games edition to aid athletes participating in the games and to inspire fans celebrating the events around the world.
“Sports are all about an individual’s relentless journey of challenging complacency, and the Olympic Games are the ultimate global celebration of the progress and achievement of athletes, countries and their fans coming together to unite the world,” said Younghee Lee, Executive Vice President of Global Marketing, Mobile Communications Business at Samsung Electronics. “Samsung admires the spirit of Olympians and fans across the globe who continuously push boundaries for the better.” 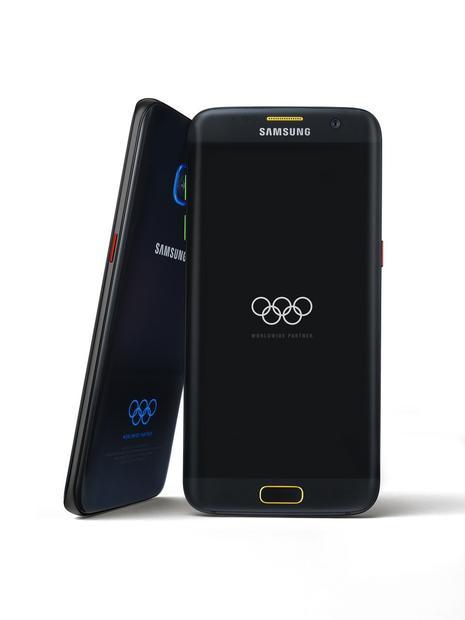 Samsung’s Galaxy S7 edge Olympic Games Limited Edition
Samsung
Alongside the new phone, Samsung also announced the official Rio 2016 app. Developed by Samsung, it provides athletes and fans with continual updates on the latest Olympic news. An update delivered before the games begin in August will add the official schedule, venue and event information and results tables into the app, keeping fans on top of the action. It is available on all major platforms including Apple’s App Store, the Google Play Store and the Windows Store.
With the S7 edge, Samsung is offering fans of the Olympics and its range-topping phone the change to purchase a mobile device like no other. With strictly limited numbers available, you’ll need to order one fast on July 18 if the uniquely accented device appeals. Consumer pricing has not been disclosed.
In this article:Android, Devices, galaxy s7, galaxy s7 edge, limited edition, Olympics, Rio 2016, rio olympics, Samsung, samsung galaxy, Smartphones