Hardware manufacturers seeking to take some of the share of the ever-growing entertainment industry are becoming increasingly creative with speaker design. Portability, Bluetooth connectivity, good sound (especially lots of bass) are the essentials. What’s need to stand out from the crowd is design. Speakers can be small or large, look industrial or cutesy, or be linked to a television or movie franchise. Anything to be different. 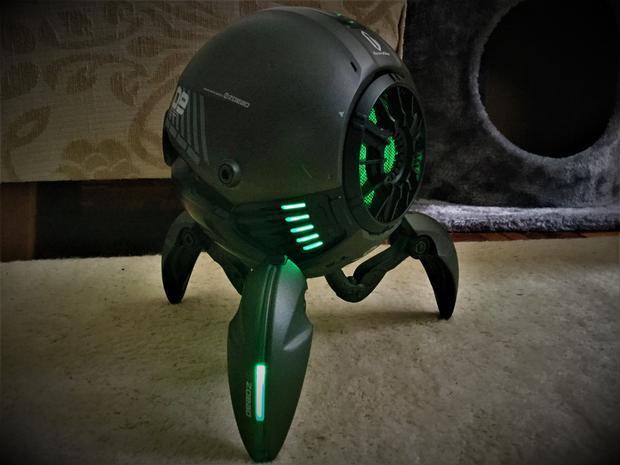 Zoeao, the manufactures of GravaStar, seem to have come up with something very different, with an arresting design concept, which began as a Kickstarter campaign (now closed). This takes the form of a metallic, spider-like robot. The tripod design triggers images of H.G. Wells’ The War of the Worlds. Taking one quote from the 1898 novel: “And this Thing I saw! How can I describe it? A monstrous tripod, higher than many houses, striding over the young pine trees, and smashing them aside in its career; a walking engine of glittering metal, striding now across the heather.” 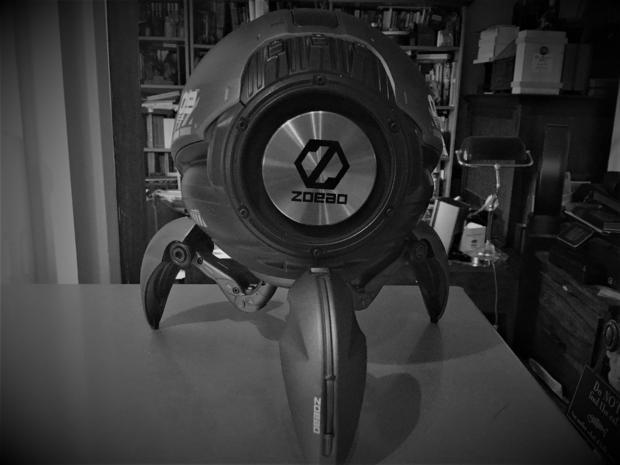 Robotic and metallic make for a cool design.
Tim Sandle

Leaping forwards to 2018, the Gravastar design is certainly futuristic. Another image that comes to mind is that of a TIE fighter from Star Wars. The green ambient lighting adds to this allure. 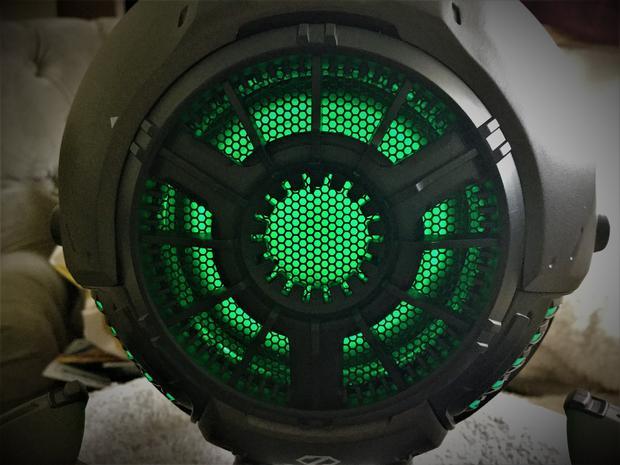 Close up and personal with the GravaStar Bluetooth Speaker, the green ambient light adds to the appeal.
Tim Sandle

The device comes with an AUX cable, USB-C to USB 2.0 cable and a user manual. 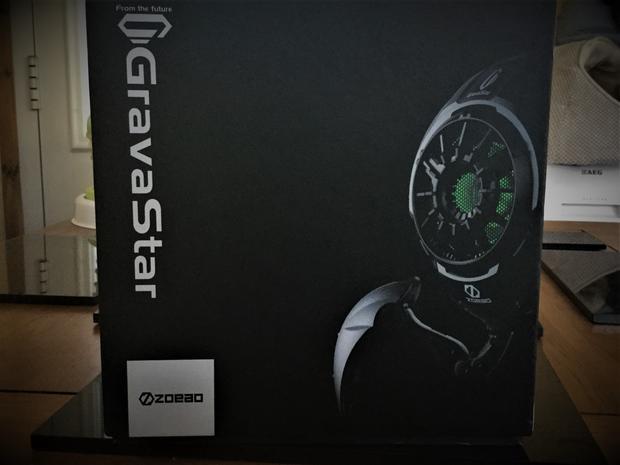 Design aside, the speaker is functional. It is made of a shock-absorbent zinc alloy shell. With the shell is a 15W speaker. The sound is impressive and it can fill a standard room easily, with the volume at just 50 percent. Changing the volume is easy, a simple swiping action at the top of the speaker. Sound-wise, the sound is deep with a lot of bass, certainly suitable for music ranging from rock to electronica. Subversive music also works well; for this review, Thom Yorke’s soundtrack for the movie Suspiria was put to the test and the effects were pretty good. 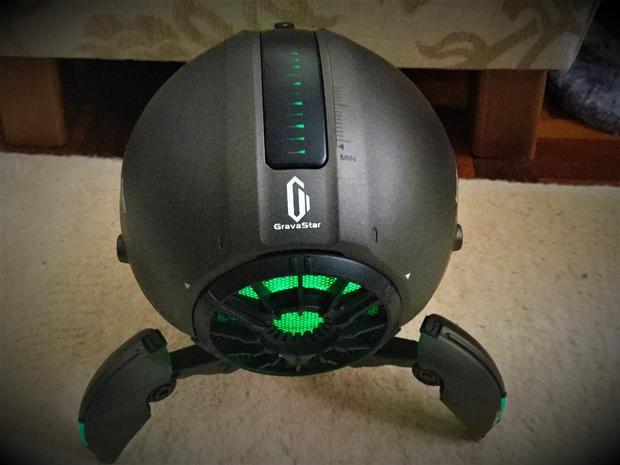 Adjusting the volume is made from the top of the GravaStar. This is illuminated with green LEDs and achieved through a simple swiping action.
Tim Sandle

In terms of functionality, as well as Bluetooth connection to a music streaming service or video game platform, its is possible to link two GravaStars together. This pairing enables stereo output. Linking to Bluetooth was very easy, taking a matter of seconds. Once fully-charged the device will operate for 16 hours.

The GravaStar speaker retails for around $129, and it is available worldwide.