Data centers are the factories of the digital age, at least that is how YaleEnvironment 360 describes them. But basically, they run the planet’s digital services, with construction alone costing $20 billion a year, worldwide.

And as we mentioned in Part 1, We can’t see the data moving between our computers and a network, nor do we have any idea of the energy required to move our communications or the ecological impact created by our data centers. Actually – to give you an idea of how much of an impact the global IT sector has on electrical consumption if it were a country – it would be third, behind China and the U.S. 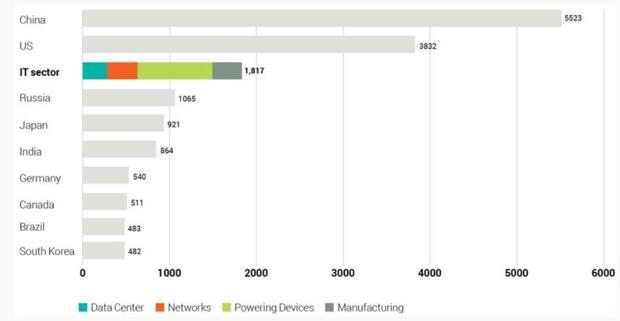 The carbon footprint of data centers
If you think this doesn’t matter, you’re wrong. All this matters because the differences in carbon emissions between data centers with different energy sources can be dramatic, says Geoff Fox, innovation chief at DigiPlex, which builds and operates centers in Scandinavia.

Fox points out that in Norway, where most of the energy comes from hydroelectricity, generating a kilowatt-hour of electricity emits only 3 grams of CO2, while in France, it is 100 grams, in California 300 grams, in Virginia almost 600 grams, and in New Mexico more than 800 grams.

What is worrisome is the carbon footprint of data centers being built for Asian IT giants like Tencent, Baidu, and Alibaba in China; Naver in South Korea; and Tulip Telecom in India. The problem is that these corporations have been very closed-mouth about their energy performance, according to Greenpeace, anyway. 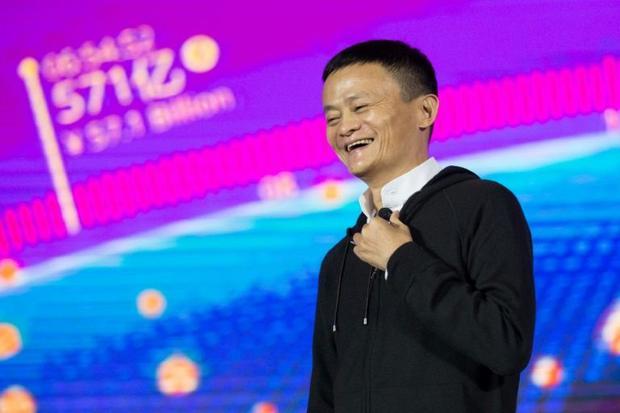 Alibaba, which has made billionaire founder Jack Ma one of China's richest men, is a dominant player in online commerce and its robust earnings highlight the strength of the sector even as the country's broader economy sputters.
STR, AFP

However, it’s a sure bet the carbon footprints of these data centers will be very high, seeing as most of these regions are dependent on coal-fired power stations for energy. Geoff Fox estimates that the Range International Information Hub, a cloud-data store at Langfang near the megacity of Tianjin in northeast China, emits more than 1,000 grams of CO2 for every kilowatt-hour of electricity being used.

In a study done by the Department of Energy in 2016, it was found that there was a slowing down of data center energy use in the United States. And there is an explanation for this.

According to the study, “the number of servers being deployed in data centers is simply not growing as quickly as it used to. Servers are now a lot more powerful and efficient, and the IT sector has figured out ways to utilize more of each server’s total capacity, thanks primarily to server virtualization, which enables a single physical server to host many virtual ones.”

And most of the growth in the sector was in mega-data centers, built by IT giants like Google, Facebook, Microsoft, and Amazon, as well as data center providers, companies that specialize in designing and building data centers and leasing them to others. The study also found that data center power and cooling infrastructure has gotten more efficient. Storage devices and networking hardware have also seen many efficiency improvements. 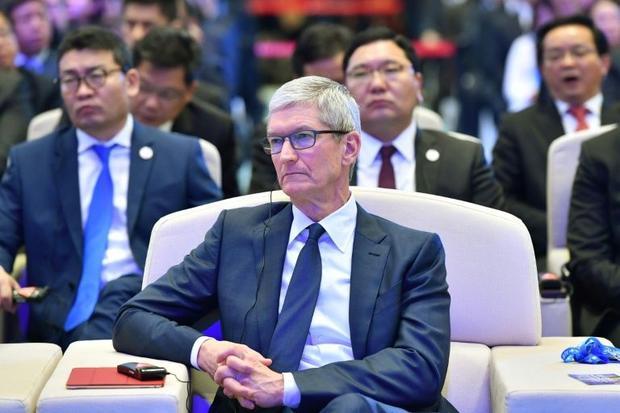 Apple chief Tim Cook at the internet conference in China, which was also attended by the head of Google, Sundar Pichai
-, AFP

A greener Internet
So this leads us to the big question – Who is leading in the race to build a greener Internet? For a number of years, Greenpeace USA has published a yearly Click Clean Report. Since 2010 Greenpeace has been calling on major Internet companies to stop depending on dirty energy like coal and instead power our fast-growing digital lives with renewables.

We already know that leading IT companies like Apple, Facebook and Google are embracing innovation and committing to 100 percent renewable energy – but what about some of the other companies in the IT sector? How are they doing?

According to Click Clean’s latest report, some companies, faced with a lack of access to renewable energy sources are resorting to using status quo shortcuts to back up their claims of being powered by renewables. However, this is increasing the demand for dirty energy and undermining the continued leadership and momentum of market leaders who are legitimately driving additional renewable investment.

Click Clean Scorecard
A company scorecard that takes into account energy transparency, renewable energy commitment and policy, energy efficiency and mitigation, renewable procurement and advocacy has been created. It gives a letter grade, from “a” to “F” based on a company’s Clean Energy Index and company energy mix 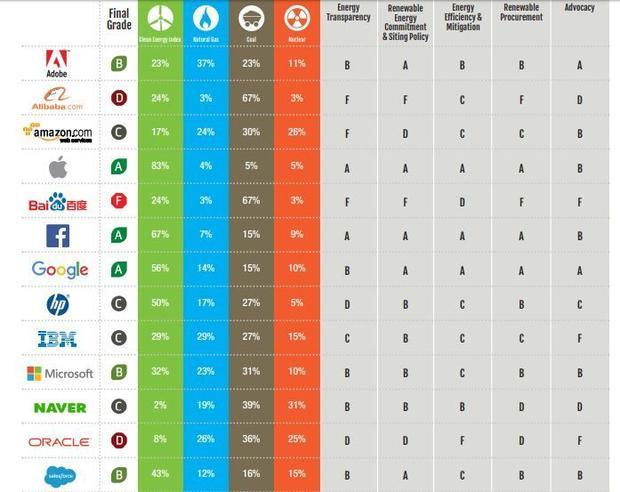 The first think you will notice is that Apple, Google and Facebook continue to lead the pack, with all of them getting an A.
Click Clean Scorecard

Netflix alone is responsible for over one-third of the Internet traffic in North America, and right now is preparing for a worldwide expansion of services. Netflix gets a barely passing score, while HULU gets an “F'” However, YouTube comes out smelling like a “clean energy” rose with an “A'” 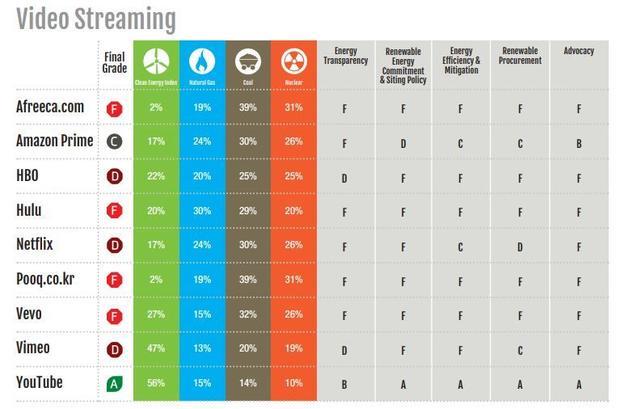 Under the blogs heading, only Blogger.com aced it while Tumblr managed a B, and WordPress got a D. In the e-commerce category, there were no “As” to be had. E-commerce giant Amazon got a “C” while eBay and Etsy.com got “Bs.” But in the search engine category, Google continued to shine, showing its real commitment to 100 percent renewables. 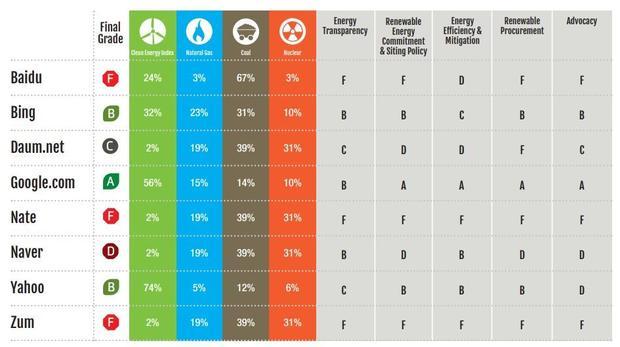 Running the Internet on a clean planet
Keep in mind that in order to keep the Internet up and running, we need four areas of energy demand – data centers, communication networks, end-user devices, and the energy required to manufacture the equipment needed for the first three things.

The explosive growth of data centers has been a driver for new investments in digital infrastructure as well as innovative technologies that make computing more efficient and energy-friendly. Let me leave you with Click Clean’s final conclusion based on this latest report: “Looking forward, global estimates of data center demand in 2030 anticipate an increase of three to 10 times current levels, with high-end estimates of projected data center electricity demand alone reaching 13 percent of global electricity consumption.”