In a statement issued by Pompeii’s Superintendency, it was said the area had already been sealed off immediately after the landslide was discovered on Wednesday. The press release also said the area affected by the landslide was already part of the Great Pompeii Project, a multi-million Euro Fund established between the EU and the Italian government.

An agreement was set up with the local fire department to increase protection of the archaeological excavation sites and to intervene in those areas of Pompeii that are at risk and inaccessible. The site is closed to the public while Pompeii Superintendency officials and conservationists assess the damage. 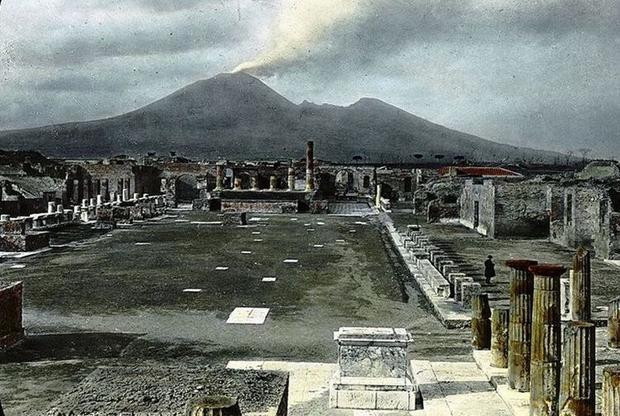 The ancient town of Pompeii was destroyed by the violent eruption of Mount Vesuvius in 79 AD. Pompeii, along with Herculaneum and many villas in the surrounding countryside, were buried in up to 4 to 6 meters (13 to 20 ft) of ash and pumice. The town lay buried and forgotten for many centuries until its rediscovery in 1599. Pompeii has been a tourist destination for millions of people for over 250 years and was designated a UNESCO World Heritage Site in 1997, among its many distinctions.

New issues are impacting the ancient city of Pompeii
For over 1,500 years, Pompeii lay buried beneath the ashes and pumice, protected from damage by people or the elements. But once the site was rediscovered, in our quest for knowledge of the circumstances of Pompeii’s destruction and the need to learn how people lived so long ago, we set up the uncovered ancient town for another type of destruction.

The town has been laid bare to the elements, including unrelenting Weathering, erosion, light exposure, and water damage. Then man has added his impact, by way of poor methods of excavation and reconstruction, and the introduction of plants and animals, One traveler in 2010 visited Pompeii. He wrote about the illegal restaurants on the periphery of the ruins, and packs of stray dogs running wild, defecating wherever they please. Priceless frescoes have been ruined, laid bare to the elements so visitors can view them from behind wooden fences or ropes. 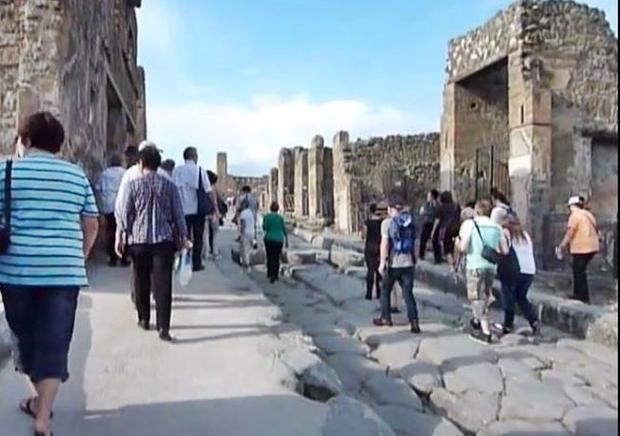 Over 2.5 million people visit Pompeii every year. They walk on roads almost 2,000 years old and sit on pillars or stone structures to rest and eat lunch, leaving behind their trash.
Screen grab

An even greater threat is poised to destroy Pompeii., and it is a lack of momentum and apparent lethargy on the part of the Italian government in implementing restoration plans. In 2010, when the House of Gladiators literally crumpled and fell into a pile of rubble, the European Union stepped in and pledged to spend 105 million euros (about $142 million) on a project to intervene in any future destruction of the ruins. 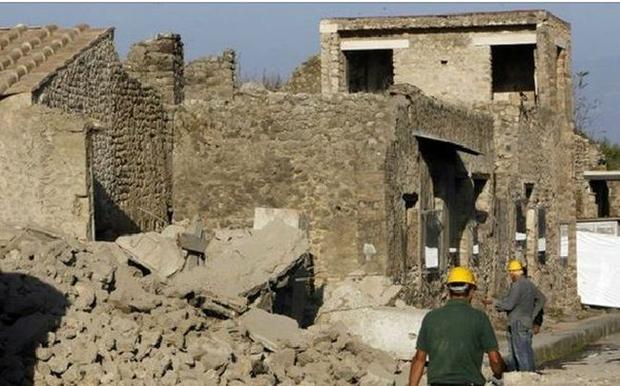 The House of the Gladiators was found in ruins when curators came to open the site to visitors early on Saturday. (screen shot)
BBC

The EU said the project would be “using some of the most sophisticated and up-to-date technology to preserve the ruins of the site, which has been badly damaged in recent years.” What the EU discovered when they stepped in to aid in the preservation was a whole list of abuses. From corrupt preservation companies and government officials to the local mafia being involved in monetary dealings, the lack of honesty and transparency has been something police officials have had to crack down on.

To make matters even worse, UNESCO threatened to take back its World Heritage Site status if real progress was not made by 2013. Pompeii stands in the middle of a woeful situation. Slowly crumbling from the elements, with a preservation program fraught with lack of leadership and abuses by contractors, the city that lay buried under the protective cover of ash and pumice may soon crumble into rubble.