Chilesaurus diegosuarezi has an unusual set of features. It’s almost as if someone put the parts all together wrong. It has such a bizarre combination of traits that scientists refer to Chilesaurus as the “platypus” dinosaur, because, like the platypus, it has an odd assemblage of body parts. It has arms like its carnivorous theropod cousin, Allosaurus, but the hands on this dinosaur end in two blunt fingers instead of sharp claws like a velociraptor, CNet reports. It has blunt teeth and feet that are similar to long-necked dinos, and it’s skull is much smaller than most theropods, especially T. rex, with its big, battering-ram head. Unlike it’s enormous cousin, Chilesaurus was considerably smaller. Most specimens were turkey-sized, but the largest was about 10 feet in length. 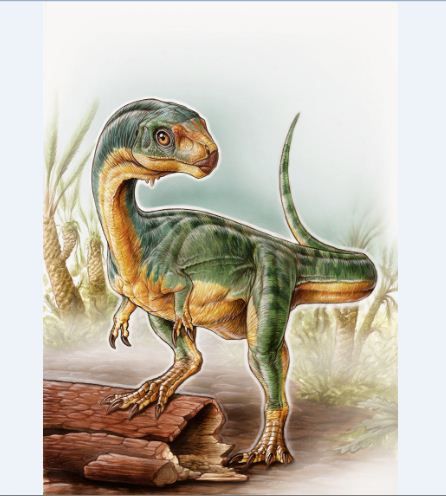 This remarkable combination of traits is due to convergent evolution in which a creature’s lifestyle shapes its physical characteristics.

“Chilesaurus can be considered a ‘platypus’ dinosaur because different parts of its body resemble those of other dinosaur groups due to mosaic convergent evolution,” said Martin Ezcurra, a researcher at the University of Birmingham. “In this process, a region or regions of an organism resemble others of unrelated species because of a similar mode of life and evolutionary pressures. Chilesaurus provides a good example of how evolution works in deep time and it is one of the most interesting cases of convergent evolution documented in the history of life.” 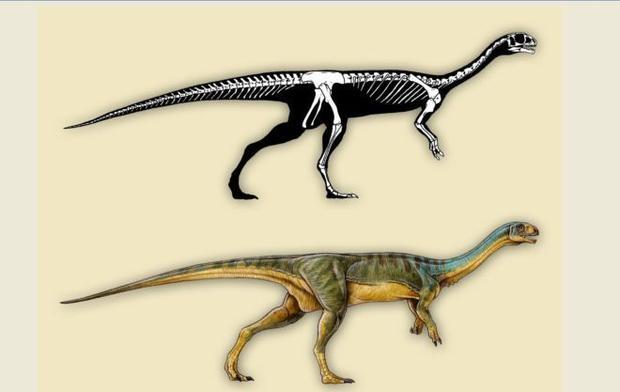 Profile and anatomical view of Chilesaurus, showing some of the dinosaur’s unusual features.
Illustration by Gabriel Lio University of Birmingham

This unusual dinosaur, which lived during the Jurassic period, wasn’t discovered by a paleontologist. Instead, it was discovered by Diego Suarez, who was just seven-years-old when he and his sister Macarena were out with his parents, geologists Manuel Suarez and Rita de la Cruz, Smithsonian.com reports. The family was out hiking on February 4, 2004 when Diego picked up a few bones he’d found along the way. His parents instantly realized the bones were a rib and vertebra of a small dinosaur and the entire family scoured the site for more bones. 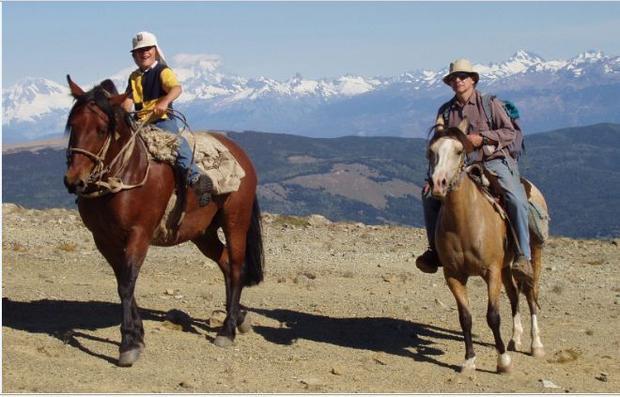 The dinosaur is named after Diego and for the place it was found, which was in the southern part of the Chilean Andes. Based on numerous specimens that were unearthed at the site, Fernando Novas of the Museo Argentino de Ciencias Naturales and his co-authors announced the new find this week in the journal Nature.

However, to get to this point, there was a lot of work to be done and it wasn’t always easy going for the paleontologists.

To begin with, there was a jigsaw puzzle of numerous dinosaur bones that seemed to be mismatched, and because of this, researchers thought the bones belonged to several different species, IFL Science reports. Over time, extensive examination of the fossils showed that they all came from one bizarre species — Chilesaurus.

Eventually, over a dozen specimens were excavated at the site, including four complete skeletons, and this has given scientists the help they need to build a detailed picture of the dinosaur, and it is believed that the creature dates to the end of the Jurassic period around 145 million years ago. Theropods, an extremely diverse group of bipedal dinosaurs, are known from fossils extending from the Middle Triassic through the Late Cretaceous, some 245 million to 65.6 million years ago, IFL Science reports.

Ancestral theropods were carnivorous, but over time some evolved other diets and became herbivores and omnivores, but this had been thought to have occurred near the end of their reign. Chilesaurus, however, had a grocery list of tell-tale vegetarian features, not just it’s flat teeth. It also had a petite head, slender neck, and pointed beak, all of which are handy for snaffling up vegetation.

This rather wide mix of features is an example of a process known as mosaic evolution, in which different parts of an organism evolve to resemble those of species that are unrelated as the animals adapt to similar environments and ways of life, IFL Science reports.

“It shows that dinosaurs were experimenting with a wide range of body types and that some unexpected features like a vegetarian diet turned up independently again and again in the ‘predatory’ theropod dinosaurs,” Barrett said.

It’s not clear what led the ancestors of Chilesaurus down the evolutionary path to herbivory, but one thing that’s very clear is that this dinosaur was a key part of its ecosystem. There are more bones of Chilesaurus at the site where young Diego found it than any other animal, Smithsonian.com notes. This is rather unusual, because in most environments of about the same age, the most common dinosaurs are little, beaked herbivores called ornithischians, a very different lineage than that of Chilesaurus. At this particular site, a theropod became dominant instead. 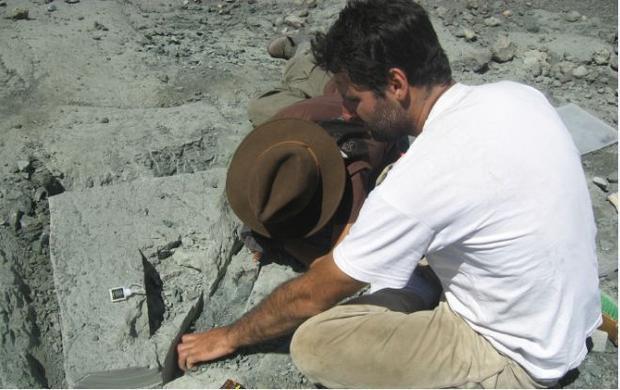 Excavating a skeleton from the beds of the Toqui formation in the southern Andes of Chile.
Dr. Fernando Novas

“The discovery of Chilesaurus not only challenges our conception of theropod evolution, but also about the ecological role it played,” Novas says. It’s a vastly different image than that of the huge, carrion-breathed theropods that loom inside museums or dominate YouTube.