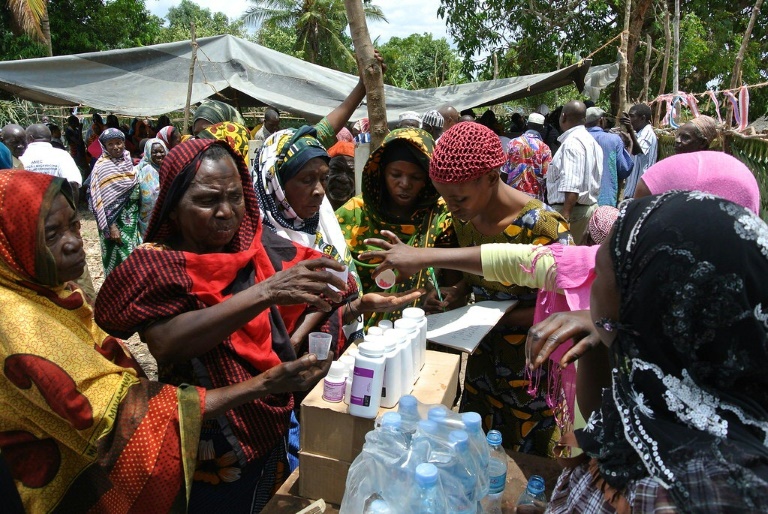 Pfizer on Thursday said it would extend until 2030 a drug donation programme aimed at eliminating trachoma, an eye disease responsible for blinding or visually impairing nearly two million people worldwide.

The US pharmaceutical company co-founded the International Trachoma Initiative (ITI) in 1998, and has already donated nearly a billion doses of the antibiotic Azithromycin, contributing to a 90 percent reduction in the number of people impacted.

“We are so close to getting where we need to be with the elimination of this disease that we couldn’t give up now,” Pfizer chief sustainability officer and senior vice president Caroline Roan told AFP.

The announcement was made in Kigali, Rwanda at the Summit on Malaria and Neglected Tropical Diseases.

Trachoma is caused by infection with the bacterium Chlamydia trachomatis, and is spread through personal contact (such as through hands, clothes or bedding), and by flies that have been in contact with discharge from the eyes or nose of an infected person, according to the World Health Organization.

Africa is the most affected continent, and women are blinded up to four times more often than men, likely as a result of greater contact with infants. Repeated infections draw the eyelashes inward where they rub against the eye, causing pain and permanent damage to the cornea, says the WHO.

Some 136 million people live in trachoma-endemic areas and are at risk.

The ITI had initially hoped to eliminate the disease by 2020, but is now setting its sights on 2030. Thanks to the progress already made, trachoma no longer represents a public health problem in 13 countries (including China, Morocco, Ghana and elsewhere).

Individual districts are assessed and if more than 5 percent of the children are infected, then the antibiotic is offered to the entire local population, once a year, for both treatment and prevention.

“Some of the campaigns will literally treat 10 million people in a week, and that really knocks down that infectious reservoir,” ITI director Paul Emerson told AFP.

The challenge today is to reach isolated populations, including nomadic people, as well as combining the drug with the promotion of hygiene measures such as frequent washing of the face in areas where water may be scarce.

Today, the disease persists in 44 countries.

“Conflicts are a big factor,” said Emerson. “In a perfect world, where there was no interruption in available funds, and there was no war, we probably could have eliminated trachoma by 2020.”

Of the new 2030 goal, Roan said: “We think it is realistic and ambitious.”