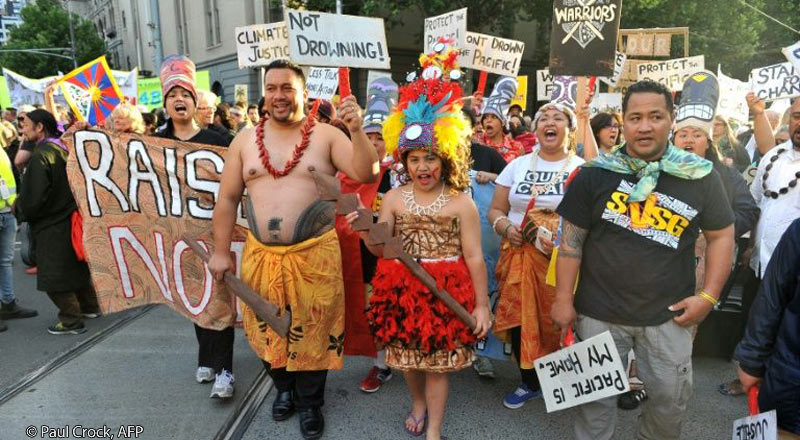 One of the famous sayings about Australia is that it’s a first class country run by third class people. Flattery aside, we’re now apparently determined to prove exactly that. Australia ranks rock bottom out of 54 countries in climate change management.

It’s not like we don’t have the money, skills and expertise to manage climate change. We simply don’t have the political spine. In some ways, we also lack the maturity, god knows why. Australia is sometimes like the awkward 20 year old still wearing the short pants from grade school. It’s embarrassing. Most Aussies have had quite enough of that, thanks for asking.

However – We also have a problem called “cultural cringe”. In politics that translates into a bizarre belief that patronizing corrupt criminally insane geriatric foreigners know what they’re doing or talking about. Their own countries may be disappearing beneath the garbage before our eyes, but our idiots still believe every word of it.

We call this response to reality our “position” regarding climate change. It’s more than appalling. It has every chance to be a major disaster, economically and physically. It actively contradicts every single basic tenet of conservative politics, too, but it’s the basis of our raft of non-policies on so many climate issues.

Put it this way – Even News Corp is talking seriously about sea level rise. (Great move 20 years later, guys. We look forward to your future ventures into global realities.) Our government and other corporate vegetables, meanwhile, are barely mentioning it. Our climate response since 2007 has actually gone backward, and far backward.

Quite the opposite, in fact. I don’t know if this is true or not – At least one report says one of the terms of the UK Australia trade deal somehow involves the UK withdrawing from the Paris Accord? Is this correct or not? If so, why isn’t it being reported? If it is true, for what possible purpose? What in the name of rotting ideologies does it have to do with a trade deal with the UK? A response is required, you useless bludgers.

Back at the disaster hatchery, a recent survey shows that 74% of Australians think that climate management will be cost positive relative to risk. Anyone paying attention? Of course not.  Why would anyone in conservative politics care what 74% of the public think on any subject? How unfashionable.

There’s a terrible price to pay indeed, and this is how

Let’s look at a few of the sacred cattle aka big money issues of conservative politics in Australia in context with climate change:

The above four points are a recital of the screamingly obvious over the last 120 years since Federation with the addition of climate change as another mystery to the intellectually absent clown factory we call “leaders”. A house brick could make decisions on this basis, but not, apparently, Australian governments.

To be fair about this not all conservative Australian politicians are as totally illiterate as this implies. Malcolm Turnbull made himself quite unpopular with the Salon Des Evolutionary Improbabilities sometimes known as the Liberal Party on that basis.  … But money talks, and at this level even gossip from buffoons can be profitable.

The fact remains that Australian government, the theory of managing the country in this case, is now way behind any eight ball imaginable. Doing nothing is usually expensive, and this degree of delay is likely to be murderously costly.

You can’t just add a few rocks to the Australian coastline and expect the Pacific, Southern and Indian Oceans to take it seriously as an obstacle to sea level rises. Five million square kilometres of land full of pyrogenic trees don’t suddenly stop being a fire hazard overnight. Water resources need to be managed, not merely audited occasionally. We’re doing everything wrong, and doing it routinely.

Australia, get the lead out, now. Never mind what they say in the Old Folks Home in DC or any other morgue. This can get very nasty. We’ve already had a taste, and we shouldn’t need another.