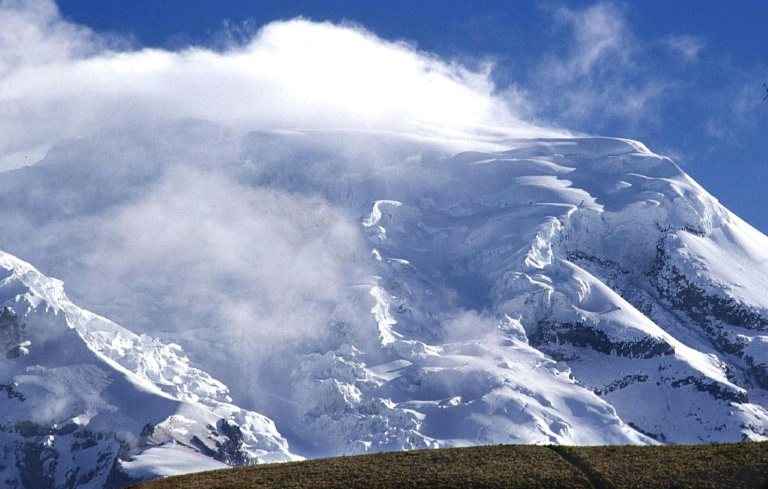 New research indicates a credible theory of a mini Ice age similar to the Little Ice Age of the late 1600s – early 1900s. This theory is based on solar cycles in which solar minimum levels occur. Also note the time frame for that solar event. The predicted mini Ice Age has a starting point, but not necessarily a clear end.

The solar minimum cycles are well documented. A reduction of solar activity up to 60% is predicted. The interpretation, however, is open to debate, not least of which debatable factors are global warming and the state of Earth’s atmosphere.

The researchers offer a few caveats. While stating that the model is 97% accurate, they also state specifically that global warming is a potential mitigating factor for a mini Ice Age. The global warming effects aren’t predictable.

There are multiple possible scenarios, any or all of which can be predicted, if not their global effects in macro:

A bit of extrapolation – What’s predictable, what’s not

In the current blissful state of humanity, a mini Ice Age might cause some sanity and attention to practical issues, for a change. That, however, isn’t saying much at all. Even the most obtuse of people can see when the world is frozen over and adjust. That doesn’t mean they’ll suddenly turn into competent people and find good solutions to a changed world.

Current basic issues include food and water security. Both of these critical issues are being mismanaged to an almost psychotic level worldwide. It’s a truly murderous indictment of the levels of competence and comprehension of global management.

So how would a global mini Ice Age work out? Initially, Murphy’s Law will be the dictating factor. Whatever can be done wrong will be done. Eventually, necessity will win, simply due to lack of options.

Food production in mass monocultures may become almost impossible. That can happen simply because soil chemistry could be slowed to a crawl, making crops non-viable in some temperate areas.

Water storage in frozen dams instantly reduces the amount of available liquid water. It also makes water management a lot more difficult, expensive, and logistically tougher to meet demand. (That’s if you have water, and a lot of places on Earth don’t.)

The oceans may or may not get a reprieve through this scenario. On the one hand, warming waters have been playing havoc with ocean chemistry. Fish and other biota move to cooler waters. On the other hand, critical food chain supports like algae and plankton don’t like being frozen solid. An ocean famine could result.

These dynamics are very basic and oversimplified, but you see the problems. The adjustment will take time, and that time could effectively trash seafood production for quite a while.

A global oddity to be explored – How do anoxic areas react to prolonged cooling? These oxygen-free zones are notorious around the world’s most inhabited coastlines. Their thermal profiles are different from normal seawater. What happens, good or bad?

Do birds like cold weather? No. Nor do most airborne animals. A freeze would force them elsewhere. That means pollinators go elsewhere, too, or die. Airborne bacteria and other microorganisms could also have to get aggressive about finding heat. This particular piece of string could be a very demanding, but useful, line of research.

There’s a semi-justifiable belief that we at least understand frozen landmasses to some extent. …But do we? Do we remember that a lot of North America was covered in something like a mile of ice during the Ice Age, and the rest of the continent was bone dry most of the time?

This could be a severe kick in the face for humanity. Vulnerable populations, and that’s a lot of people, could be obliterated. Add to this the fact that the less vulnerable areas of the world have nothing like the capacity to support those people.

Not all bad? Yeah, but let’s not get too starry-eyed just yet

By sheer luck, a mini Ice Age could mitigate the absolutely deadly aspects of global warming. Reducing temperatures will definitely help. The cooler weather can, and will, slow down the more obvious runaway aspects of climate change.

This will happen through basic thermodynamics if nothing else. Heat is an accelerator. Cold is a slowing down factor. Heat speeds up chemical cycles. Cold slows them down. The cold will slow the evaporation of precious water. It will reduce heat transfer that causes extreme weather but can aggravate other climatic conditions. Ice storms, for example, might get worse, while hurricanes may reduce due to cooler waters.

Killer droughts could be made better and worse. Reducing atmospheric water by freezing is just as bad as blistering heat. You don’t get the water, either way. On the other hand, temperate zones could benefit from more trustworthy evaporation and condensation, causing better rainfall.

There’s another factor. The human effect on Earth in the last few hundred years has created a range of issues which didn’t exist in the Little Ice Age or before.

OK, that’s enough for now, but be aware – “Simple” is not a term applicable to a mini Ice Age. The only word that works is “competent”.