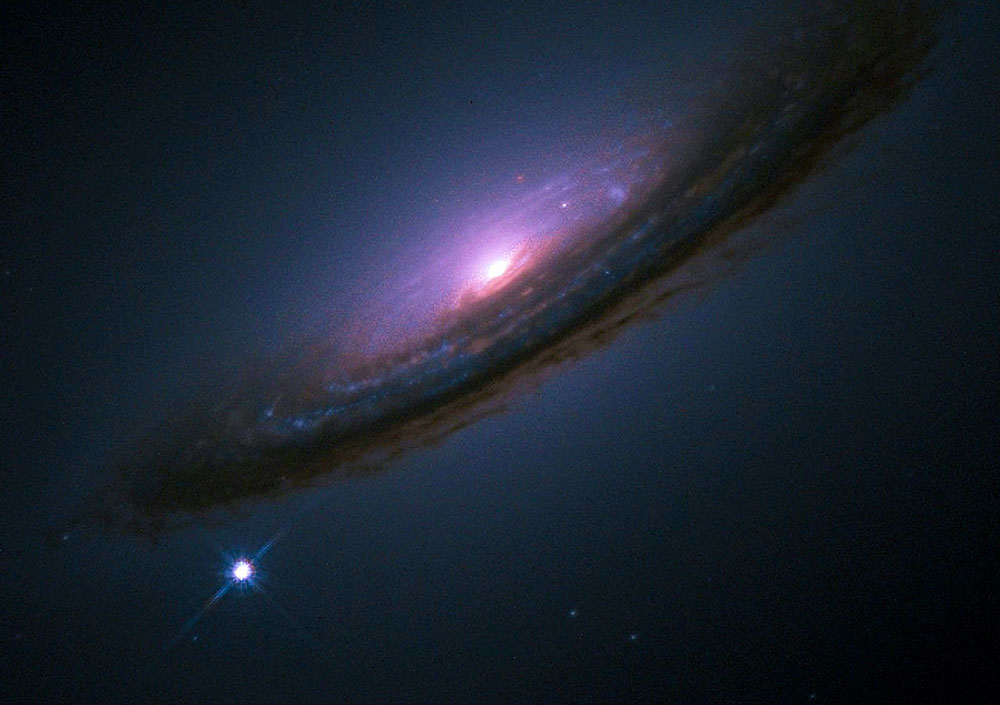 More than slightly tired of the usual “someone idiotic did something stupid/genocidal/destroying humanity and/or the Earth” news, I searched UFOs on the news. This subject is always interesting for its built-in conflict between logic and hysteria.

The total denial argument has now definitely, and finally, failed. Pseudoscience by definition can’t beat science at its own game, which is objectivity. That’s despite pseudo-science’s constant inexcusable abuses of the Fermi Paradox, which is science-based.

The Fermi Paradox is essentially based on the question, “If aliens exist, where are they?” Pseudoscience, wrong as usual, uses this as a theory to debunk millions of sightings. The typical (and stunningly cumbersome) false logic is that any sighting must be of a UFO, which can’t exist, therefore doesn’t exist, therefore aliens don’t exist.

It also includes a lot of rather more convincing logic than “can’t exist because we say so” as the basis for investigation. If you don’t know something, why pretend you do?

On the more hysterical, and far less impressive side of the equation, the Chariots of the Gods argument doesn’t work anymore, either. Pretending you know something isn’t a lot better. Unexplained things from the past are still largely unexplained, and definitely not an excuse for yet another best-seller on the basis of pure associative logic. To paraphrase Carl Sagan – “Unexplained, therefore aliens”. It’s a very sorry-looking argument indeed.

Whatever happened in the past hasn’t been proven to the extent of being solid fact, simply because there’s so much remaining, justifiable, doubt. The idea that ancient humans may have been capable of doing anything interesting or unknown doesn’t seem to get a lot of traction, either.

This clownish pseudo-logic kills itself pretty effectively on a regular basis. Even the definition of UFOs is narrowed down to “aliens” simply to force the narratives on to one topic. That’s also totally wrong and deliberately misleading.

To start with – UFOs, (aka UAPs, Unidentified Aerial Phenomena) in the forms of space junk, meteors, anything at all flying around, and unclassifiable sightings, are pretty much daily or hourly events. Not all sightings are supposedly “alien spacecraft” or claimed to be. Some don’t even fit into any category of known visual phenomena. Then there are the problem things that show on radar but aren’t visible, etc.

There’s a lot of real science being totally ignored in the remarkably empty pseudoscientific KFC bucket of facts.

This is also the equivalent of turning the entire electromagnetic spectrum into an excuse to talk about aliens and bang very predictable drums.

Then, of course, there are the unbelievably tedious, utterly stale, UFO hoaxes. Pseudoscience at its dismal true lowest common denominator. Thousands of them, perhaps millions, were created by some of the least interesting people on Earth. Lousy videos promoted by dubious over-enthusiasts cut no ice anymore. Most people have phones that can take better pictures than that. Again, no dice.

The glacially slow rise of objective thinking about UFOs

I’ve been watching the arguments and non-arguments about UFOs for decades. What’s changed, and changed enormously, is the move to a much less maniacal culture. The hysteria isn’t there anymore. The us or them thing has been weeded out at long last.

The backwoods stuff from the 1950s and ridicule of “little green men” is also in its final, thoroughly deserved, stage of necrophiliac obsolescence. That almost McCarthy-level denigration simply doesn’t work at all. If nothing else, human technology has taken people’s thinking past the “everything’s impossible” barrier. Only psycho-kooks and anti-fact groups spout that garbage anymore.

Nor are denialism and wild-mouthed advocacy as profitable as they were. This may have something to do with the fact that you can’t get as much attention by being a “believer” or “non-believer” anymore. Science (and anyone with a brain) will patiently ask what you’re believing or not believing in, and the answers need to be at least rational.

One of the things I found in my admittedly cynical exploration of UFO news was an NYT article written by Senator Harry Reid in May 2021. Reid had direct exposure to the official end of the spectrum regarding UFOs. He makes a lot of interesting points, including Area 51’s ongoing need for security classifications. Read it, it’s well worth it as a quite different perspective.

Reid’s article is a sort of precursor guide to the overall re-evaluation of UFOs as matters of actual legitimate interest, not just hype. The US military, the CIA, and other agencies are now being more forthcoming, if not exactly committal, to information they’ve been gathering for decades.

These aren’t exactly faddish, hyper-sensitive agencies. They’ve been famous for their reticence on this subject for so long. They’ve also been quite rightly damned for their insularity and ignoring accounts of so many eyewitnesses for so long. It’s not the business of government to pander to nutcases of any kind. Facts matter, the morons don’t

Back in March this year I did an Op-Ed on the subject of information released by the Pentagon. The agencies are being as open as they’re comfortable with, it seems. What’s changed, drastically, is the mindset. Denial in the face of endless amounts of testimony doesn’t work, is the takeaway. The truth is coming out, although a constipated rock might have done better in terms of time frames.

…So where does all this sudden sanity go? Surprisingly useful objective places, that’s where.

The 20th century has a lot to answer for, in so many ways. Its redeeming feature was that the science, those folksy survival skill sets, got promoted rapidly. The thinking had to evolve.

UFOs, aliens or otherwise, are by definition a whole series of defining challenges for science.  The new objective approach goes well with the obvious need to understand and explore.

“Unexplained” or “unidentified” aren’t anything like good enough anymore.  Why not? What’s so impossible about identifying anything? Why is any sort of behavior by anything observed somehow “incomprehensible”? Why tolerate any degree of ignorance on this level?

Aliens of any kind would be the icing on the cake. A whole exponential new range of discoveries. New biologies, new insights, new combinations of reality. Not uninteresting, you’d think.

Anyway – What’s so unlikely about aliens, when artificial life forms, true “aliens” which have never existed before, are already in process on Earth? How much of a foot-shuffle, let alone a leap, of logic, is that?

Humanity has a perverse habit of finding answers before asking questions. When you’ve got so many answers staring you in the face, is it so hard to ask questions? That’s what’s so important about UFOs, and that’s why the victory over pseudoscience about UFOs is so truly decisive.