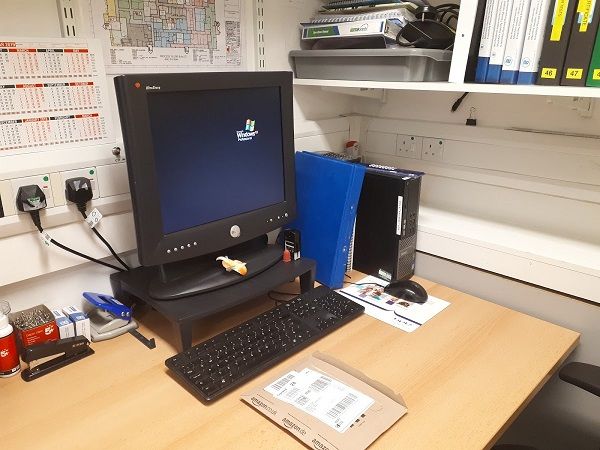 Obviously, the world has been having too much fun recently – A type of malware called Killware is about to become the next wave. That’s according to the Department of Homeland Security. This is software designed to attack operating systems and likely kill people using those systems.

The DHS warning may well be a heads-up about what to expect for the public. This threat is well-known to be very real, very doable, and very dangerous.

Killware isn’t so much new as targeted. Prior examples of Killware go back to 2000 in Australia, notably the Maroochy Shire incident, which caused massive pollution and a big fish kill. Stuxnet sabotaged a nuclear reactor in 2009.

In practice, Killware is also now a generic term for big security threats. It’s the ability to crash critical systems, a top-level priority for anti-cyber terrorism and law enforcement agencies. It’s enough of an issue for recovery and security protocols to be routinely factored into system design.

In fact, projections and models for recovery and maintaining critical services are core elements of surviving state actor attacks. These are war-level precautions and protocols, and those are the targets.

…Which is all nice to know, but this malware is the “designer” type. Dedicated software designed to deliberately kill people is very different to sabotaging or destroying system software.

The mindset required to design Killware needs a bit of a look at this point. Unlike ransomware, which at least has some identifiable goal, making money, Killware is purely destructive by intent. It’s a gift for terrorists. Expect this to be on sale on the dark net any day now.

Then there’s the little matter of World War 3

Killware, by definition, in whatever form, is heavy-duty software. It’s not that easy to develop. It has to target highly-defended, supposedly penetration-proof systems. You need some serious development capabilities to create Killware.

Some corporations can do it; nations can definitely do it. This is warfare by other means, and it’s serious stuff. Killware can kill people and trash a lot of systems worse than any B movie script:

The difference between Killware and a nuclear attack is that the Killware would be more effective. Depending on what gets hit, recovery of a massive strike could take ages. You want “dystopia”, here it is.

The added problem (whoopee!) here is that this type of malware can be developed by state actors and given to third parties. The source of the software can be easily identified, but not the actual attackers. You can attack a nation remotely with a click.

A cyber war has now been raging unchecked (why?) for decades. The probability is that Killware will be brought into the mix sooner or later. “Psychopaths” barely covers the mentality.

Bearing in mind the usual suspect for cyberwar has made trillions doing business with the people it’s attacking…? Well, nobody who’s ever lived on Earth has ever complained about too much sanity in the last 5000 years.

Short answer – No, but it will take time to make it non-viable. Put simply, system architecture doesn’t have to play ball with Killware and make itself an easy target. Nor do system software, hardware, and system connections. You can design a system to make it so difficult to penetrate, let alone destroy, that Killware is effectively neutralized.

For example – You can attack a system, sure; but can you even find that system? Virtual systems are also easy to connect and disconnect. If the killware attacks, isolate the system. Control systems can be hidden out of sight, and more importantly, outside identifiable system assets. You might have a few billion variable protocols for every second. (Clumsy but increasingly doable with A.I.)

Support systems can also derail a killware attack in theory. Servers can route any unwanted garbage anywhere, etc. They can loop a malware enquiry hit to infinity so it never executes on suspicion.

The weak spot in killware is that its purpose is extremely simplistic. It’s a rock thrown through a window. The targets are way too obvious. Any dummy system could fool it.  A dummy server could be a very good monitor and redirector. Easy enough; just make it act like a real server when you get a nasty-looking thing poking around. A killware profile could trigger a gigantic DOS attack straight back where it came from. Just wait for the encyclopedia to come out.

The weak spots in killware are real enough. Killware is dangerous, but it’s not the end of the world.  Let’s just hope the people managing it aren’t as lazy and indifferent as internet security usually is.

Get this, morons – The pole-to-pole orbiting sewer we’re all living on doesn’t need any more disasters. Killware could release tons of toxins as well as start a major war.

Doesn’t the world have enough problems without this self-inflicted crap as well? Is someone really so brain-dead self-righteous that they think killware is a good idea? It’s an invitation for massive retaliation. You might get nukes coming back instead.

It’s the definitive lunatic option. Nothing good can or will come of it. Try marbles instead. It’s a bit simpler, and a lot safer.