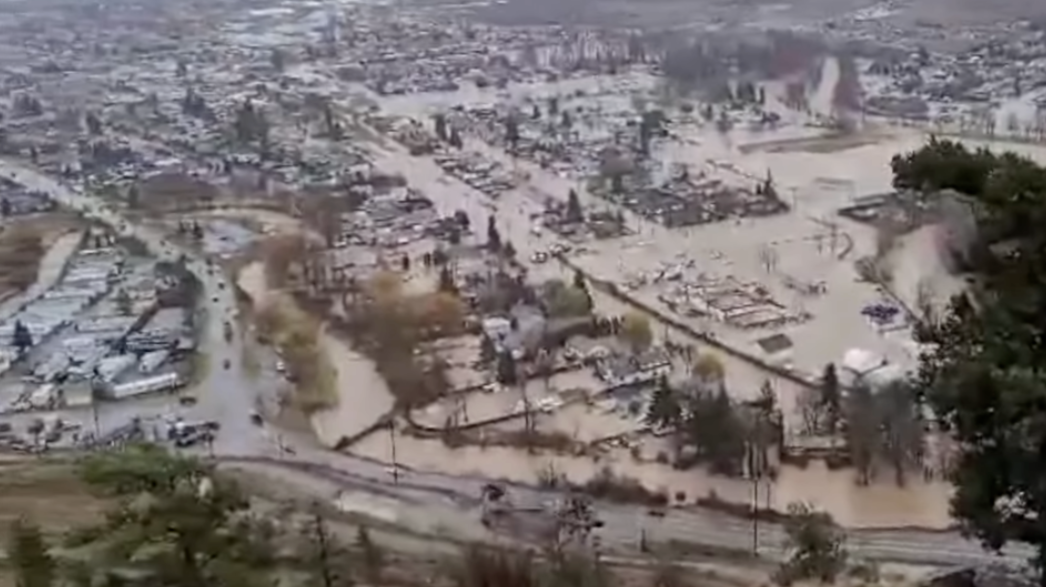 It’s been barely a week since devastating flooding accompanied an atmospheric river that lashed parts of British Columbia, isolating the city of Vancouver as landslides and washouts made roadways impassable.

The deluge dumped double-digit rain totals in southwestern Canada, and the resulting flooding displaced thousands of people, with some losing their lives.

Now, CTV News Canada is reporting that government agencies and policymakers in B.C. were largely unaware of the atmospheric river phenomenon until the recent flooding and mudslide devastation, despite a years-old report highlighting issues around research and awareness.

CTV News claims it has obtained a 2013 report, titled “Atmospheric Rivers State of Knowledge Report.” The report is 19-pages long, including four pages describing the order of events that took place during the two-day workshop when it was presented.

One of the people in attendance at the workshop was David Jones, a meteorologist who served as Environment Canada’s warning preparedness meteorologist for the South Coast until 2017.

Jones was just one of many representatives from various federal and provincial ministries, as well as BC Hydro, municipal stakeholders, and even some American scientists.

Not being a climate scientist or meteorologist, I still found the information in the report quite clear, from the initial description of exactly what an atmospheric river is to how climate change can affect its behavior.

Yet, CTV News seems to suggest there is, or possibly was, an information gap when it came to various agencies understanding how these atmospheric rivers impacted the province in terms of damage and risk of damage, as well as how to better understand potential future impacts.

It sounds more like someone dropped the ball in instituting the measures discussed at the workshop that would have made everything, from forecasting extreme weather events to working with emergency responders and other local agencies, to understanding and mitigating the effects of climate change, clearer.

During the workshop, meteorological surveillance through stations, radar, soil moisture gauges, and even drones flying in the systems was discussed.

Exploring these issues would enable local weather forecasting and emergency preparedness professionals to better understand the causes of extreme weather and be able to more accurately predict events and protect vulnerable populations.

The workshop also lamented the fact that meteorologists, forecasters and emergency managers could be better equipped to detect and predict the behaviors and impacts of extreme weather events.

The bottom line in all this is condensed into one word, funding. And no matter how you break it down, enhanced data collection requires the right instrumentation, from better radar to rain, temperature, and wind-speed technologies.

As Jones says, “Here we are eight years later and nothing has been done, effectively,” describing Environment Canada and government staff as slow to adapt and react to critical new information.

B.C.’s public safety minister announced Saturday that due to the destructive atmospheric rivers, the country’s meteorological agency would be fast-tracking a ranking system for the systems, much like those used for hurricanes and tornadoes.

Actually, there already is a system in place to grade extreme weather events. The Center For Western Weather and Water Extremes (CW3E), part of the Scripps Institution of Oceanography is located at the University of California, San Diego.

In a discussion of the storms associated with tonight’s atmospheric River, the center says the atmospheric river could reach a level 4 out of 5 in British Columbia. In Washington State, a Level 2 is predicted.

The rating is assigned on the basis of predicted integrated vapor transport, a measure of how much moisture is flowing in the atmospheric river. In this case, Wednesday’s atmospheric river could truck 1,650 pounds of water northeast over every one-meter cross-section of the atmosphere. That is one hell of a lot of water.