According to Bloomberg, tens of thousands of the turbine blades are coming down from steel towers around the world, and in the U.S., this amounts to around 8,000 a year for the next four years. At this point in time, there is little option but to bury them in landfills.

In Europe, which has been dealing with the problem a lot longer, about 3,800 blades will be coming down annually through at least 2022, but it is going to get worse. Many of the turbines were erected over a decade ago. Then, too, this does not include the taller, more technologically innovative higher-capacity versions.

Decommissioning or blade replacement due to age or wear is a growing waste problem that runs counter to what the wind industry is supposed to be – A perfect solution to combat climate change, an attractive investment for companies, and a job creator in a new renewables industry. 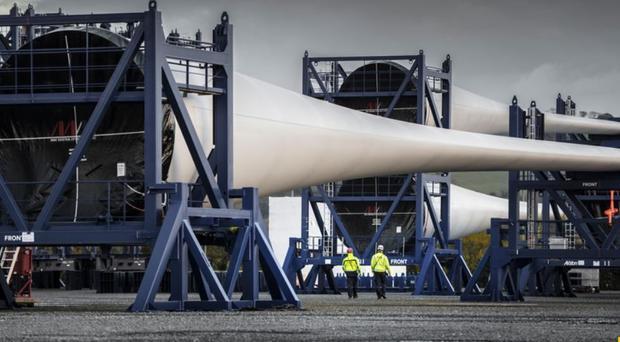 How big is one blade on the Vestas wind turbine? Here’s a hint – Each blade weighs 35 tons.
Vestas

The makeup of a wind turbine blade
In reality, about 99 percent of a turbine’s parts can be recycled or sold, but the majority of turbine blades are made from fiber-reinforced polymers (FRPs), which are composites consisting of a polymer matrix and fibers, similar to what spaceship parts are made from.

The materials used in creating the blades need to have indices based on high fracture toughness, fatigue resistance, and thermal stability. But even still, blade composition is continuing to evolve, with the use of carbon nanofibers, and polymer resins. The blades are made to last, and they keep getting bigger and longer.

Turbine blades range in length from 20 to 80 meters (66 to 262 feet). The size and height of turbines increase year by year. Offshore wind turbines are built up to 8 MW today and have a blade length of up to 80 meters (260 feet). 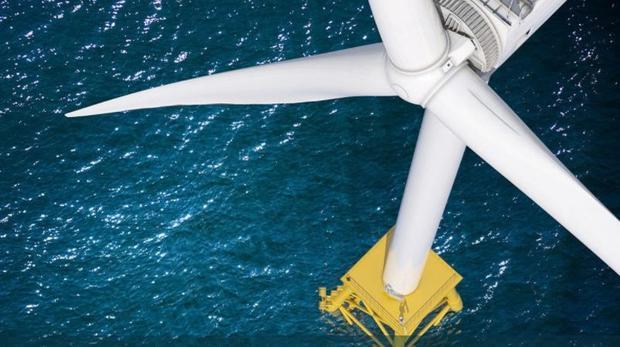 Recycling of turbine blades a nascent industry
While a lot of thought and time went into making the blades and figuring out how to get them to a wind farm site – not much thought was given to how to decommission the turbines and more importantly – how to recycle the very long blades.

Finding the places and the methods of disposing of the non-biodegradable materials in blades, and in a sustainable way, has become more urgent as the number of turbines approaching decommissioning increases, according to Wind Power Monthly. 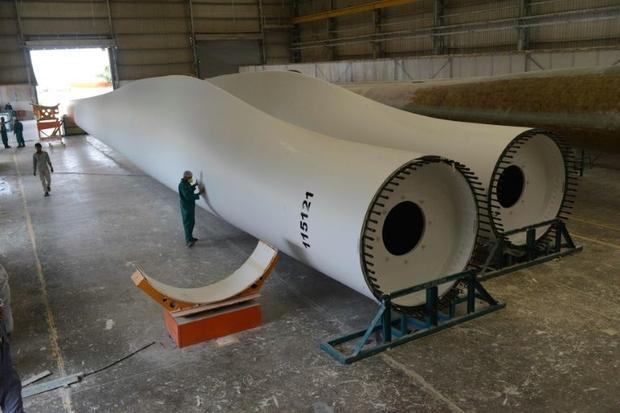 The blades can’t easily be crushed, recycled or repurposed. This is where Emma Delaney comes into the picture. She is a part of the Re-Wind project, an interdisciplinary research team of experts drawn from Queen’s University in Belfast, together with University College Cork, the Georgia Institute of Technology and City University of New York.

She says the overall aim is to “gain a greater general understanding of the decommissioning of wind turbines — predicting the waste quantities we will be dealing with, and the different types and combinations of materials involved.”

Then, of course, there is the question of transporting the blades from wind farms that are usually in out-of-the-way places. “Should they be transported whole, or broken-up on-site? Many wind farms are in pretty remote locations, far from the centers where they can be recycled or repurposed, which brings its own environmental problems in terms of transport,” she says. 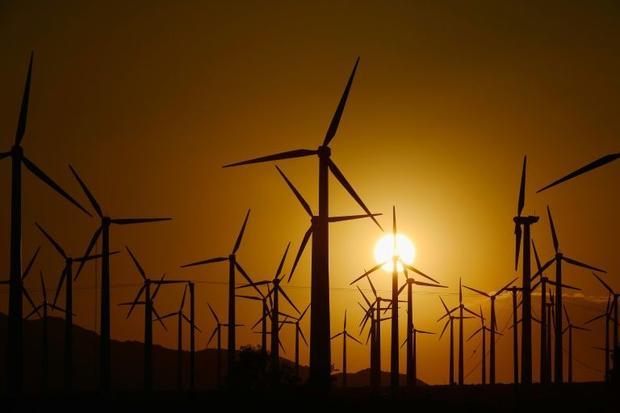 One of the key problems to be solved is creating a circular and sustainable industry for using recycled blades. One example – A number of the blades from the pioneering Vindeby offshore wind project, decommissioned in 2017, have been recycled as sound barriers on roads in Denmark.

“The wind turbine blade will be there, ultimately, forever,” said Bob Cappadona, the chief operating officer for the North American unit of Paris-based Veolia Environnement SA, which is searching for better ways to deal with the massive waste. “Most landfills are considered a dry tomb.”

Founded in 2009, Global Fiberglass Solutions, developed a method to break down blades and press them into pellets and fiberboards to be used for flooring and walls. It now has a plant in Sweetwater, Texas, near the continent’s largest concentration of wind farms. It plans another operation in Iowa. 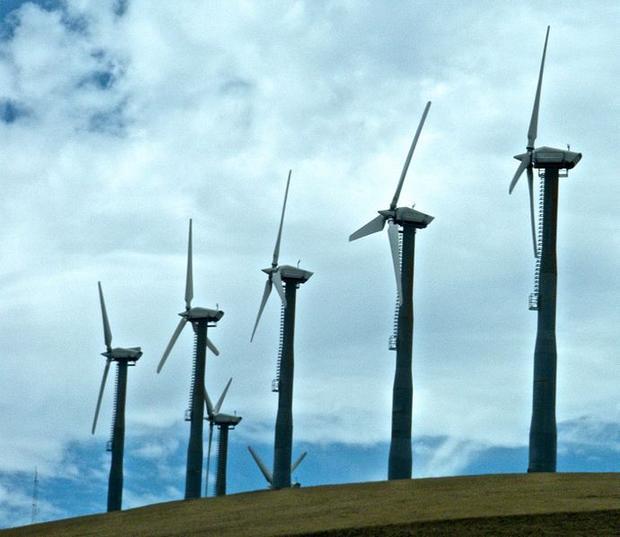 “We can process 99.9 percent of a blade and handle about 6,000 to 7,000 blades a year per plant,” said Chief Executive Officer Don Lilly. They already have an inventory of one year’s worth of blades ready to be chopped up and recycled as demand increases, he said. “When we start to sell to more builders, we can take in a lot more of them. We’re just gearing up.”

In Iowa, Waste Management Inc. “worked closely with renewable energy companies to come up with a solution for windmill blade processing, recycling, and disposal,” said Julie Ketchum, a spokeswoman.