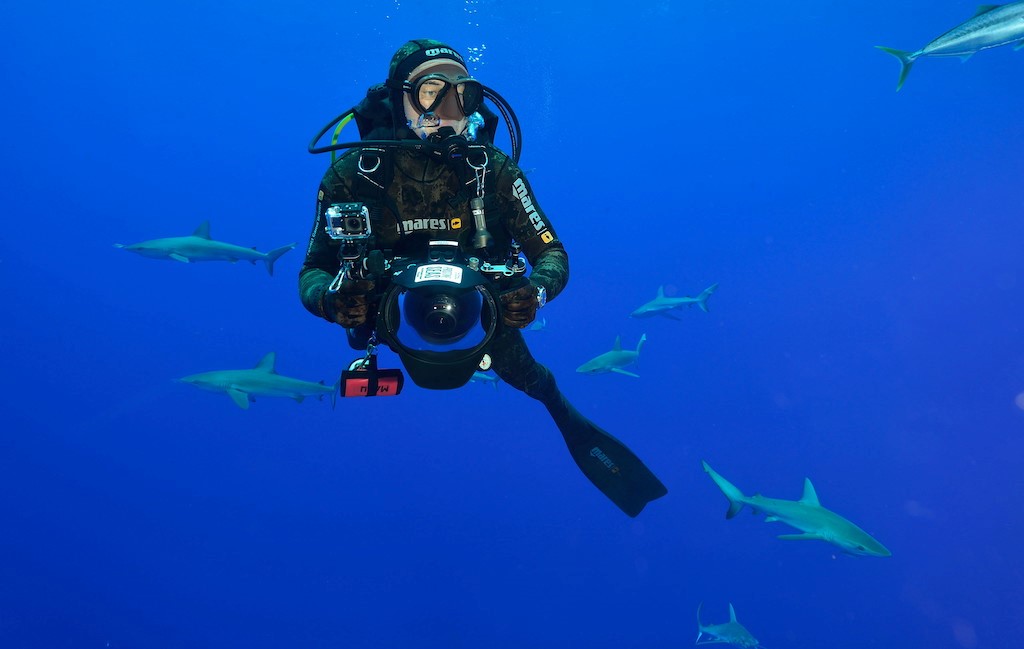 In a new three-part video series, marine biologist, photographer and explorer, Manu San Félix, presents his favorite discoveries. As well as showcasing some wonderous environmental images, Félix also uses the images and videos to explain how everyone should respect the oceans, learn to appreciate them, and understand the necessity of protecting them.

Manu San Félix has spent more than 30 years dedicated to the sea, its study and observation.

The video series is collectively titled “An Unexpected Journey”, and it has been produced and hosted via the MINI Voices platform. This is part of a larger commitment to sustainability in numerous European countries delivered by BMW’s MINI arm.

With the marine-centric video series, Carlos Martínez, Head of MINI Spain explains why supporting Félix’s environmental work was important to the company: “We fully support and endorse San Félix’s innovative commitment to sustainability and have been accompanying the explorer through some of his most unexpected journeys and discoveries. We are delighted to be able to support sustainable initiatives beyond the automotive industry.”

The aim of the projects is to supports inspiring personalities and initiatives, such as the aims of Félix, with the potential to change the world. This scheme applies to an array of inventors, founders, scientists, adventurers, and other voices with something to say in the fields of sustainability and social responsibility.

The first video is titled “In Search of the Mediterranean Blue”, and it  focuses on the well-known Posidonia marine plant (commonly known as Neptune grass or Mediterranean tapeweed), endemic to the Mediterranean, and the greatest discovery of the marine biologist’s career.

One of Félix’s aims is to bring nature closer to people to fascinate them and to inspire them to help in its conservation by showing the importance that water and oceans have in our lives.

The second video is called “Teaching to Save the Planet“, and it highlights how Félix has been promoting knowledge and love for the ocean from his diving school in Formentera.

Félix has undertaken some 12,000 dives across all of the world’s oceans and in countries on five different continents.

The third video is “The last ice”, and it describes how Félix’s intervention has helped protect pristine seas, such as marine reserves.

Félix has been a professional photographer since 1988, publishing pictures in the international edition of National Geographic and in El Pais. He has also produced four books.

The interesting, captivating, and innovative video series can be accessed here.

In this article:Conservation, earth's oceans not protected, Environment, Oceans, Planet