Yesterday, North Korea inadvertently granted public access to the nameservers controlling its collection of “.kp” domains. The slip-up was spotted by a U.S.-based engineer who was able to get a complete list of the websites hosted on the servers. Many of the sites were already accessible outside of North Korea but this is the first time a complete list of known domains has been published.
The engineer who made the discovery frequently sends automated requests to North Korea’s DNS server, hoping it will one day oblige and send back a list of the domains it operates. Usually, the server denies access to every request, as it is configured to do. Yesterday, the researcher was allowed in though, revealing a server configuration error on North Korea’s part and the ability to retrieve a complete list of “.kp” domains. 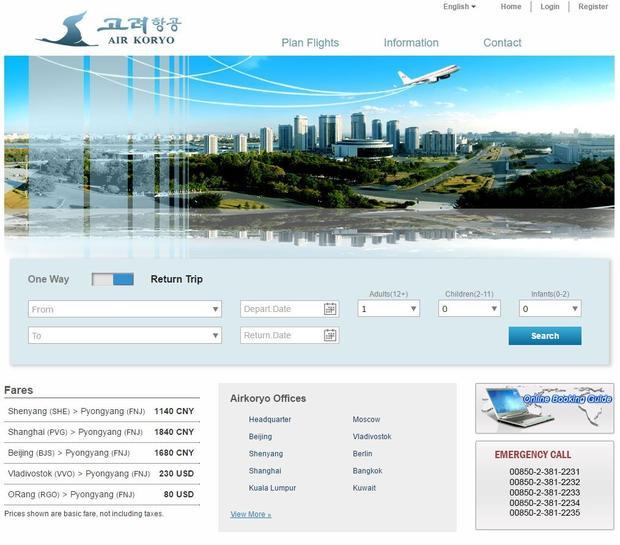 The country’s Internet is populated by a handful of news websites, a flight ticket website called Air Koryo, a social network named Friend and a few specialised community sites for education, travel and religion. The server also hosts a sports site and film site, alongside the official Korean Tourism Board and North Korea government pages.
The websites are all very basic and use dated designs. There’s little consideration of user experience and few have regularly updated content. In part, this is down to the lack of connectivity in North Korea that restricts the Internet’s audience. Just a few thousand people out of the country’s population of 25 million have internet access. It is browsed through an internal intranet called “Kwangmyong” with built-in search, news, email and web facilities.
Many of the sites remain inaccessible. A few of them, such as the official news pages, can be visited outside of North Korea though. The country uses the Internet primarily as a way to promote itself globally, although the content that’s published cannot be verified. It frequently embarks on large-scale publicity campaigns to advertise its achievements.

After the domains were made public, enthusiasts quickly began to collect whatever information could be found. However, little of value has been recovered from the servers. The number of websites to search isn’t high and they don’t include much information on life within North Korea. That kind of information is published on the Kwangmyong intranet system, a heavily guarded network that cannot be accessed outside of the nation.
Commenters on Reddit pointed out that North Korea has less websites than video game Grand Theft Auto V (GTA V). GTA V includes over 83 websites on its in-game internet system, nearly three times as many as North Korea’s real servers. Western game developers have built more virtual websites than the secretive state has actual ones.
If you want to have a look at the state of North Korea’s Internet, links to the sites can be found in a Reddit thread. You can read about Korea’s “famous recipes” on Korean Dishes or explore the attractions of the Pyongyang International Film Festival, including “animated movies” and documentaries. Some of the sites remain restricted from public view.