After L’Anse aux Meadows — the first and so far only confirmed Viking settlement in North America — was discovered in 1960, it has been thought other sites might be found. Since then, archaeologists have been studying the Viking histories, or sagas, for possible clues to another settlement. 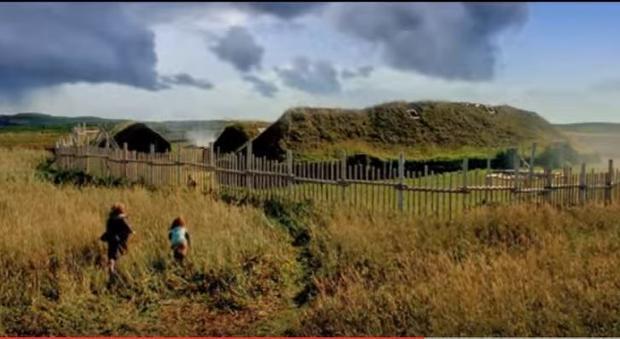 Last year, according to the New York Times, a leading space archaeologist, Sarah H. Parcak, while working on a NOVA project called “Vikings Unearthed” to be aired on PBS next week, decided to use satellite imagery to broaden the search for Viking sites. Using infrared imaging the researcher looked for “hot spots” indicating any Norse sites from along the coast of Nunavut’s Baffin Island, and all the way to Massachusetts.

The imaging gave Parcak hundreds of hot spots, and she began narrowing them down to the most promising. One, in particular, stood out. The site was “a dark stain” she said, with buried rectilinear features. The images of the possible new site show it is about 500 kilometres (300 miles) south of L’Anse aux Meadows on the south-west coast of Newfoundland. 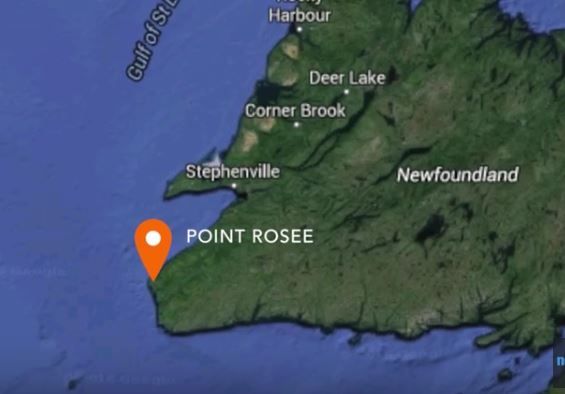 The remote site was given the name Point Rosee by researchers, reports CTV News. It is about an hours drive from the nearest road and is located on a grassy headland at almost the very western tip of Newfoundland. Magnetometer readings showed high levels of iron, which was promising because metallurgy was not practised by people native to the region.

The site is perfect for a settlement. It overlooks two bays, and offers protection from the winds, regardless of which way they blow. There were plenty of patches of ground that showed discolorations, evidence of man-made structures and possibly even longhouses. Trenches were dug, exposing the Viking-style turf walls, as well as ash residue and roasted ore, called “bog iron” and a large boulder with tell-tale cracks from being close to a fire.

“I am absolutely thrilled,” Parcak was quoted as saying by the BBC. “Typically in archaeology, you only ever get to write a footnote in the history books, but what we seem to have at Point Rosee may be the beginning of an entirely new chapter.” 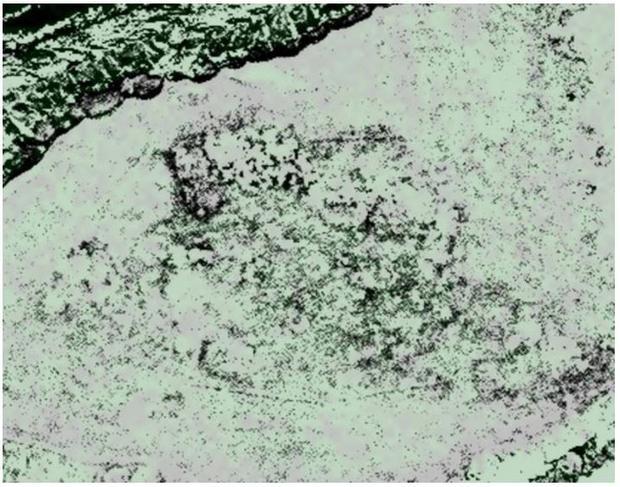 Wanting to be sure of the discovery, Parcak checked the literature thoroughly and talked with other researchers. Newfoundland historian Olaf Janzen said he was certain that no other groups of settlers were known to have roasted bog iron in Newfoundland. This find is very important, because if it proves to be true, it shows that Vikings explored much further into North America than previously believed.

Douglas Bolender is a leading expert on Vikings and has spent the last 15 years tracking them across the North Atlantic. He says the new find “has the potential to change history.” Bolender can’t contain his excitement and is hoping that further excavation will reveal seeds and other material that can be carbon-dated.

If indeed, Parcak has found a new Viking settlement, it will open the door to new research and studies into Viking exploration in North America. There may be other Norse settlements across Canada and even down into the U.S. as far south as New York or even further.