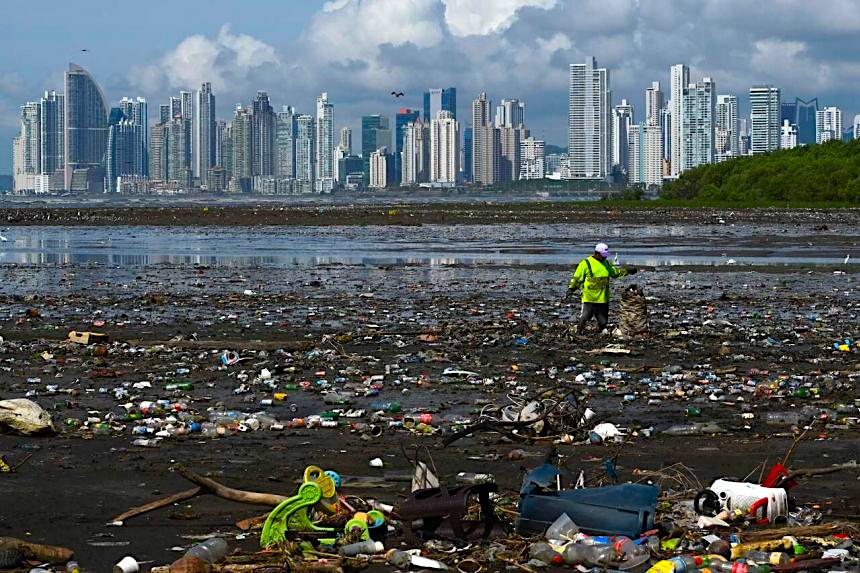 According to a new National Academy of Sciences (NAS) report ordered by Congress, there’s a “deluge” of plastic mucking up the Earth’s oceans, with the United States serving as the biggest contributor to it.

Entitled “Reckoning with the U.S. Role in Global Ocean Plastic Waste,” the report was mandated by Congress as part of the Save Our Seas 2.0 Act, which became law in December 2020.

The report notes that while only 4.3 percent of the world’s population resides in the U.S., the country was the world’s “top generator of plastic waste” in 2016 – nearly twice as much as China and more than all the member states in the EU combined. generating a total of 42 million metric tons that year.

According to the NAS, an independent body of scientists established by former President Abraham Lincoln in 1863, the entire world generates about 242 million metric tons of plastic waste annually, of which an estimated 8 million metric tons enters the oceans.

Imagine, if you will, what this amounts to – “the equivalent of dumping a garbage truck of plastic waste into the ocean every minute,” per the report.

In a statement, Margaret Spring, chair of the committee behind the report and chief conservation and science officer at Monterey Bay Aquarium, said, “Plastic waste is an environmental and social crisis that the U.S. needs to affirmatively address from source to sea.”

Spring told the Washington Post that National Oceanic and Atmospheric Administration (NOAA) and the Environmental Protection Agency (EPA) would be the best options to lead this charge.

The bottom line, reports The Hill is that the US has to not only work on cleanup efforts but also slash its plastic production to save the oceans of the world, per the report, which notes the nation’s current recycling program is “grossly inefficient.”

If the United States, and the rest of the world, don’t take strong action against such waste? “Plastics will continue to accumulate in the environment, particularly the ocean, with adverse consequences for ecosystems and society,” the report notes

“This is the most comprehensive and damning report on plastic pollution ever published,” said Judith Enk, president of the Beyond Plastics nonprofit, according to the AFP.

“It is a code red for plastics in the ocean and documents how litter cleanups are not going to save the ocean,” she continued, adding it was urgent that policymakers and business leaders read the report and take action.

In this article:biggest contributer, national academy of sciences, plastics in the ocean, plaxtic waste, United States