The mammoth offshore wind energy project will be able to supply power to half-a-million homes. The project will generate 1,100 megawatts of electricity and is expected to be completed in 2024, according to the Associated Press.

The state Board of Public Utilities (BPU) says the project – called Ocean Wind, – will result in a monthly electricity bill increase of $1.46 for residential customers, $13.05 for commercial customers and a little over $110 for industrial customers.

The BPU award was unanimous after an evaluation of a wide range of criteria that included offshore wind renewable energy certificates (OREC) purchase price, economic impact, ratepayer impact, environmental impact, the strength of guarantees for economic impact, and the likelihood of successful commercial operation. 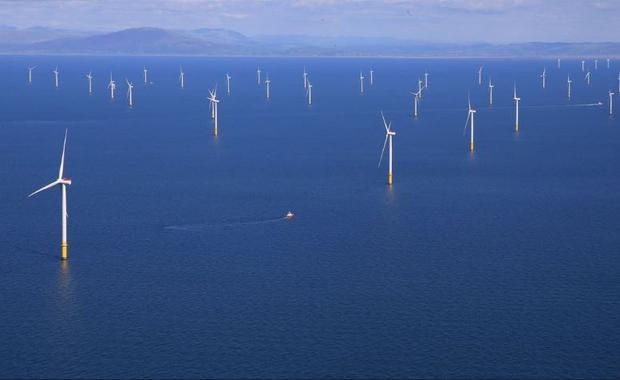 The largest offshore wind farm on the planet, Walney Extension, is situated in the Irish Sea.
Orsted

“Building our offshore wind industry will create thousands of jobs, invite new investments into our state, and put us on a path to reaching our goal of 3,500 megawatts of offshore wind by 2030.” Murphy, a Democrat, wants New Jersey to produce all its energy from clean sources by 2050.

Ørsted won the project partly on the basis of having the most detailed plans for economic development in the state, including the strongest guarantees around local content and manufacturing. The company plans on opening an operations and maintenance base for the project in Atlantic City.