While fishing in the Penghu channel, 15 miles off the Taiwanese coast, local fishermen were surprised to uncover a jawbone with large teeth in their catch. They sold the bone to a local antiques dealer, who then passed it onto National Museum of Natural Science in Taiwan. 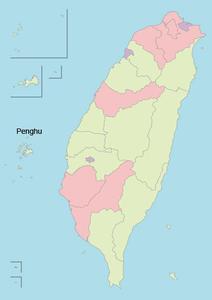 Taiwan with Penghu islands to the west
Wiki

But the find has left scientists scratching their heads. The jawbone doesn’t seem to match any other genus of early humans. They know that species such as the Neanderthals, Denisovans and tiny humans in Indonesia existed at that time, but the size of the jaw and its teeth don’t resemble the remains of any of them. All the other species had already developed smaller bones and teeth from those of their ancestors.

Scientists think that the very large jaw and teeth imply that it was a species which evolved separately from the older forms of Homo erectus known to have been in the region. 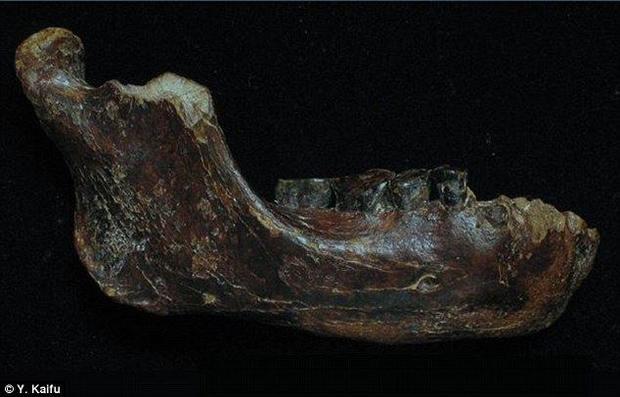 In particular, “Penghu man” or “Penghu 1,” as archeologists are calling it, would have had quite different features from Homo sapiens, who arrived in Asia some 55,000 years ago. Indeed, Penghu 1 would have looked very different from all other human species around at that time, like the Neanderthals and Denisovans and was much larger in size than the tiny Indonesians.

Dr Yousuke Kaifu, a paleoanthropologist at Japan’s National Museum of Nature and Science in Tokyo, said,

“What we can say is that it is clearly different from the known Homo erectus populations from northern China and Java, and likely represent a group that has been so far unrecognized.”

The fossil must have been left in the sea during the Pliestocene era between 2.5 million and 11,000 years ago, when the area was still part of the Asian mainland, says the MailOnline. 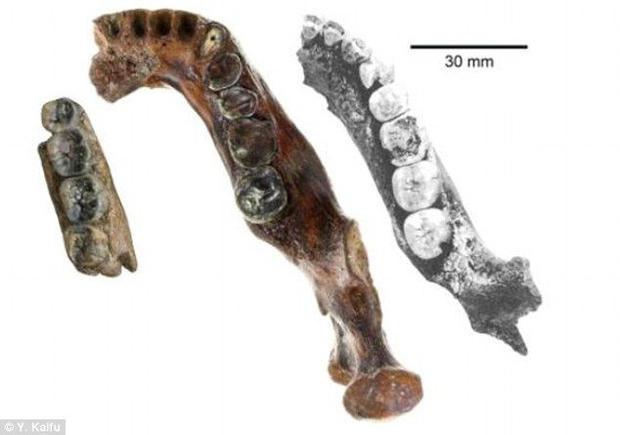 It is difficult to estimate the age of the fossil precisely, because they need more bones, but some believe that it existed in a time range of 200,000 to 10,000 years ago, before it became extinct. Penghu 1 may or may not have interbred with other species, including our own.

Live Science quotes Dr Kaifu, who said, “Modern humans dispersed into this region around 50,000 to 40,000 years ago and came across a diverse group of hominins,

“The new findings suggest there were several different groups of archaic humans living in Asia at the same time, some more primitive than others,” Kaifu told Discovery News,

“The available evidence at least does not exclude the possibility that they survived until the appearance of Homo sapiens in the region, and it is tempting to speculate about their possible contact.”

The discovery of Penghu 1 reinforces the theory that several different extinct species of humans co-existed in Asia, including Homo sapiens which outlived them.

However, the Penghu species could have been around a lot longer than the specimen which has been discovered. One of the few fossils it resembles is the skeletal remains of a 400,000 year old hominin found in Hexian, southern China, which is about 600 miles miles (950 km) north of where Penghu man was discovered and some archeologists believe that together, the two fossils reinforce the idea of a yet undiscovered human species in the region.

However, the Mail said Dr Chun-Hsiang Chang, who led the research at the National Museum of Natural Science cautioned, “Several different models can be proposed to explain this situation. First, such morphology may be primitive retention from earlier Asian Homo.

“This hypothesis implies the presence of another longstanding Homo lineage in Asia that continued from the Early Pleistocene.

“Otherwise, there may have been a migration of robust-jawed Homo from Africa, possibly bringing along Acheulean stone tool technology around the terminal Early Pleistocene, who later evolved some unique morphology locally.”

Even so, he added, “Both hypotheses cast doubt on the traditional view that H.erectus was the sole hominin species on the Asian continent in the Early to early Middle Pleistocene.”

The Taiwanese scientists said they need more “skeletal parts to evaluate the degree of its uniqueness.” and that “the question of species can be effectively discussed after those steps.”

The discovery of the Penghu fossil is not the only mysterious human specimen unearthed in the region, which doesn’t fit in with accepted theories of human occupation in Asia around this time.

Ancient Origins recently reported on a study of skeletal remains originally found in 1976 in a cave in Xujiayoa, China, but left unresearched. The study was published recently in the American Journal of Physical Anthropology, by María Martinón-Torres of the National Research Centre on Human Evolution.

Ancient Origins says, “the skull fragments and teeth discovered in 1976 in a cave in Xujiayoa, China are raising surprising questions about the prehistoric origins of humanity. Dental remains were recovered from four different individuals, and were examined for size, shape and surface of the teeth, as well as other defining characteristics. When the teeth were compared to a database of over 5,000 teeth of known species, María Martinón-Torres of the National Research Centre on Human Evolution found that they did not match any of the accepted hominids.”

“”What we have seen is an unknown group for us. It’s not H. sapiens and it’s not H. neanderthalensis. They have a mixture of something very primitive, which is currently unknown. We cannot go further to say it’s a new species because we need to compare it to other things.”

According to Ancient Origins, back in 2013, the Royal Society also reported on a mysterious DNA variation in a Denisovan fossil.

“The genome of one of our ancient ancestors, the Denisovans, contains a segment of DNA that seems to have come from another species that is currently unknown to science.” The findings showed that, they “mated with a mystery species from Asia – one that is neither human nor Neanderthal.”

There has also been yet another mysterious anthropological discovery in China, the so-called Red Deer Cave people, whose remains were discovered in a cave in southern China. Their facial features don’t resemble modern humans, but scientists are awaiting DNA tests before classifying them as a new species.

Whether any of these finds are interlinked isn’t clear, but as the article in Ancient Origins suggests, if confirmed, then the discovery of these new archaic Asian species might mean that “history books and the conventional theory which says Africa was the cradle of modern humans will have to be changed.”