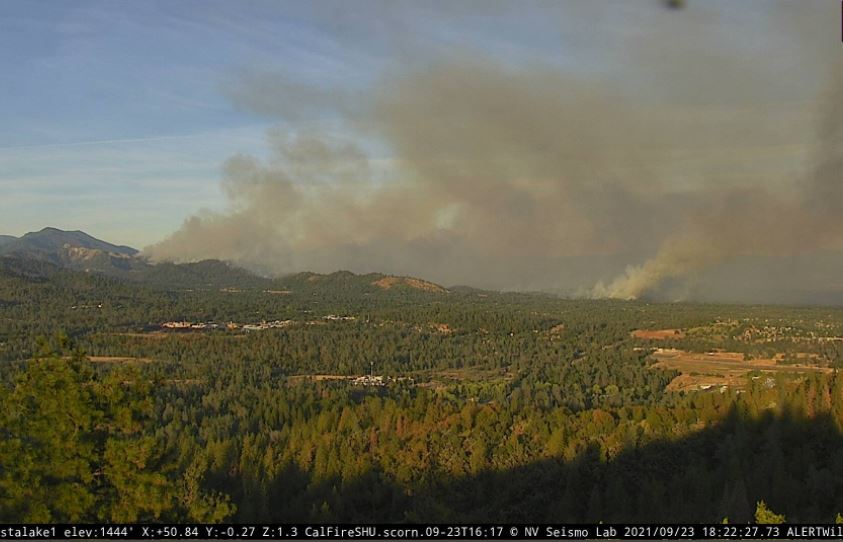 A Northern California wildfire that started on Wednesday has spread rapidly, burning homes and prompting evacuation orders in a rural community in Shasta County, authorities said. What is being called the Fawn Fire was allegedly set by 30-year-old Alexandra Souverneva, who walked out of the brush near the fire line late on Wednesday.

She approached firefighters around 8:00 p.m. local time and told them she was dehydrated and needed medical help, Cal Fire said. She was taken out of the area for evaluation and treatment.

During an interview with Cal Fire and law enforcement, officers came to believe Souverneva, of Palo Alto, was responsible for setting the fire, officials said. She was arrested and booked into the Shasta County Jail, according to the Associated Press.

KRCR-TV aired a video Thursday of multiple houses burning near the unincorporated Mountain Gate area north of the city of Redding. Officials said 25 structures were destroyed but didn’t specify how many were homes.

According to Cal Fire, the Fawn Fire, located at Fawndale Rd and Radcliff Rd, 5 miles northeast of Shasta Lake, has burned 5,850 acres since Wednesday and is 10 percent contained.

Statewide, more than 9,000 firefighters remained assigned to 10 large, active wildfires, according to the California Department of Forestry and Fire Protection. California fires have burned 3,671 sq miles this year, destroying more than 3,200 homes, commercial properties, and other structures, reports The Guardian.

Other wildfires of note

The KNP Complex began as two fires ignited by lightning on September 9. The two fires merged into one huge blaze that has burned over 56 sq miles in the Sequoia and adjacent Kings Canyon national parks.

As of September 24, according to Mark Morales, Incident Commander, the KNP Complex Fire has burned 36,850 acres (based on infrared flight) and is 0 percent contained.

Nearby, the Windy fire has burned through nearly 77 sq miles on the Tule River Indian Reservation and in Sequoia national forest, including Giant Sequoia national monument. It was just 6 percent contained.

While wildfires are a natural part of California’s landscape, the fire season in California and across the West is starting earlier and ending later each year. Climate change is considered a key driver of this trend.