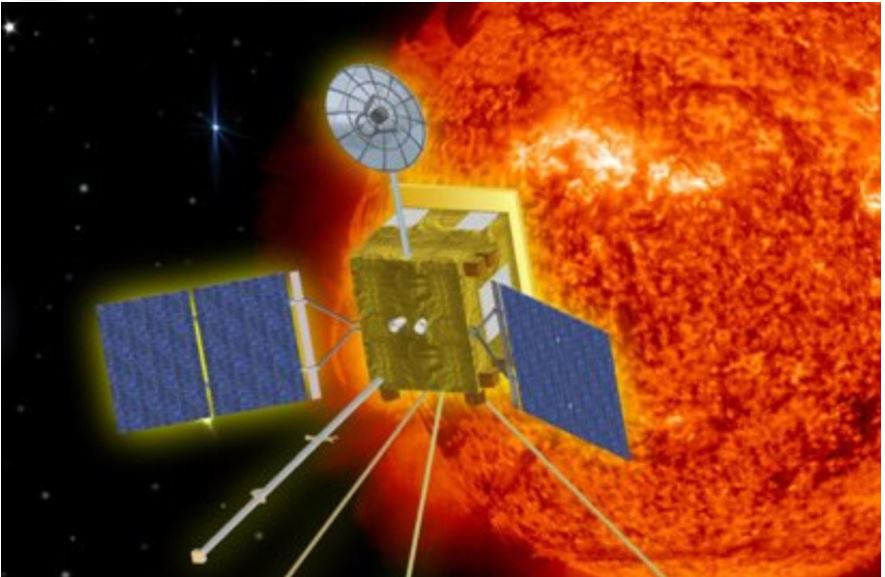 Launched on February 10, 2020, Solar Orbiter, a collaborative mission between NASA and the ESA has made its first two close approaches of our star, most recently on Feb. 10, 2021. It’s not set to begin its formal science work until November, but the intrepid spacecraft caught sight of two coronal mass ejection, or CMEs.

The spacecraft carries ten scientific instruments, four of which measure properties of the environment around the spacecraft, especially electromagnetic characteristics of the solar wind, the stream of charged particles flowing from the Sun.

It was amazing that the Solar Orbiter Heliospheric Imager (SoloHI) was even able to capture the eruption. NASA says, “it was a happy accident.” Solar Orbiter had just passed behind the Sun from Earth’s perspective and was coming back around the other side.

“But since we planned this out, the ground stations and the technology have been upgraded,” said Robin Colaninno, principal investigator for SoloHI at the US Naval Research Laboratory in Washington, D.C. “So we actually got more downlink time for the mission than what was originally scheduled.” So SoloHI winked on – and caught its first CME.

Two more imagers on Solar Orbiter – ESA’s Extreme Ultraviolet Imager (EUI) and The Metis coronagraph – also captured views of the CME. SoloHI was observing with only one of its four detectors and quite sporadically, according to a NASA statement, just 15 percent as frequently as it will gather data during the main mission.

At this time, Solar Orbiter is in its cruise phase and instruments are being calibrated, however, when the spacecraft goes into its full science mode, the remote sensing and in situ instruments will routinely make joint observations together.