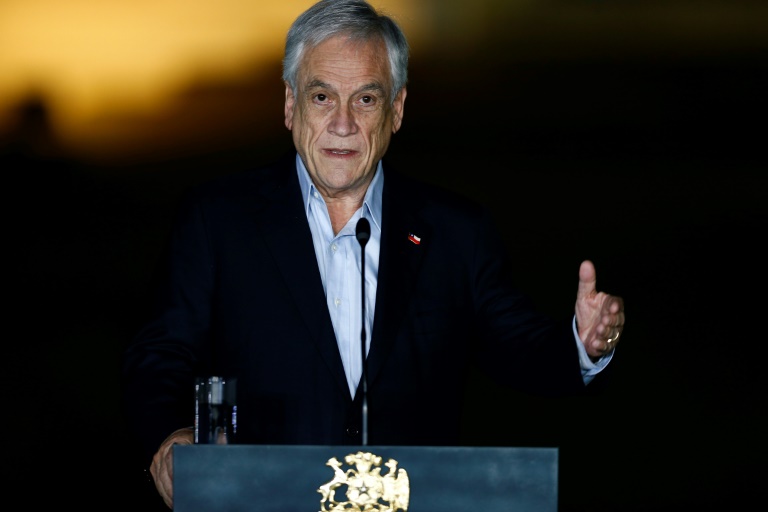 As sci-fi thriller “Inception” topped box offices across the world, audiences were delighted and appalled by its futuristic story of a criminal gang invading people’s dreams to steal valuable data.

More than a decade on, the technology envisioned by filmmaker Christopher Nolan is likely not far off, according to experts in Chile, who have moved the security debate beyond burglar alarms to safeguarding the most valuable real estate people ever own: their minds.

The South American nation is aiming to be the world’s first to legally protect citizens’ “neuro-rights,” with lawmakers expected to pass a constitutional reform blocking technology that seeks to “increase, diminish or disturb” people’s mental integrity without their consent.

Opposition senator Guido Girardi, one of the authors of the legislation, is worried about technology — whether algorithms, bionic implants or some other gadgetry — that could threaten “the essence of humans, their autonomy, their freedom and their free will.”

“If this technology manages to read (your mind), before even you’re aware of what you’re thinking,” he told AFP, “it could write emotions into your brain: life stories that aren’t yours and that your brain won’t be able to distinguish whether they were yours or the product of designers.”

Scores of sci-fi movies and novels have offered audiences the dark side of neurotechnology — perhaps invoking criminal masterminds ensconced in secret strongholds, manipulating the world with a dastardly laugh while stroking a cat.

In fact, the nascent technology has already demonstrated how it can have significantly positive applications.

In 2013, then-US president Barack Obama promoted the BRAIN (Brain Research through Advancing Innovative Neuro-technologies) initiative, which aimed to study the causes of brain disorders such as Alzheimer’s, Parkinson’s and epilepsy.

Back in Chile, Science Minister Andres Couve told AFP the neuro-rights debate “is part of a consolidation of a new scientific institutionality in the country that is now capturing international attention.”

But many are worried about the potential for nefarious actors to abuse technological advances.

Chile’s President Sebastian Pinera proposed at last week’s Ibero-American summit in Andorra that countries legislate together on the thorny issue.

“I call on all Ibero-American countries to anticipate the future and to adequately protect, now, not just our citizens’ data and information, but also their thoughts, their feelings, their neuronal information, to prevent these from being manipulated by new technologies,” the conservative Pinera said.

The Chilean bill contains four main fields of legislation: guarding the human mind’s data, or neuro-data; fixing limits to the neuro-technology of reading and especially writing in brains; setting an equitable distribution and access to these technologies; and putting limits on neuro-algorithms.

Spanish scientist Rafael Yuste, an expert on the subject from Columbia University in New York, told AFP some of these technologies already exist, and even the most remote will be available within 10 years.

They are already being applied to animals in laboratories.

Scientists have experimented with rats, implanting images of unfamiliar objects in their brains and observing how they accept those objects in real life as their own and incorporate them into their natural behavior.

“If you can enter there (into the chemical processes of the brain) and stimulate or inhibit them, you can change people’s decisions. This is something we’ve already done with animals,” said Yuste.

The science has opened the possibility of designing hybrid humans with artificially enhanced cognitive abilities.

The risk is that, without proper safeguards, the technology might be used to alter people’s thoughts, employing algorithms via the internet to re-program their hard wiring, to dictate their interests, preferences or patterns of consumption.

“To avoid a two-speed situation with some enhanced humans and others who aren’t, we believe these neuro-technologies need to be regulated along principles of universal justice, recognizing the spirit of the Universal Declaration of Human Rights,” said Yuste.

Yuste considers neuro-technology a “tsunami” that humanity will have to deal with, which is why people need to be prepared.

Already, neuro-technologies are used on patients suffering from Parkinson’s or depression by stimulating the brain with electrodes to “alleviate the symptoms,” said Yuste.

Similarly, deaf people are treated with “cochlear implants in the auditory nerve” that stimulate the brain.

It is hoped that something similar in the future will restore sight to the blind or treat those with Alzheimer’s by strengthening the memory’s neuronal circuits.

“It will be a beneficial change for the human race,” said Yuste.

In this article:neuro-right, Science, Technology