The update was unveiled by Microsoft CEO Satya Nadella and Windows and Devices Group Executive Vice President Terry Myerson at the company’s //BUILD/ 2016 developer’s conference today. Windows 10 is now running on over 270 million devices, making it the fastest-growing version of Windows ever. Microsoft wants to keep the momentum going by expanding the operating system with several new features.
The Anniversary Update will arrive almost exactly a year after Windows 10’s launch. It will be offered for free to all Windows 10 customers across PCs, tablets, phones, the Xbox One and Microsoft’s HoloLens holographic headset.
Windows Hello
With Windows 10, Microsoft introduced Windows Hello, a biometric security platform that lets you sign-in to your device with your fingerprint, face or iris. The feature will be expanded this summer to include apps and website alongside the Windows system. Microsoft Edge will be the first browser in the world to natively support biometric logins online. 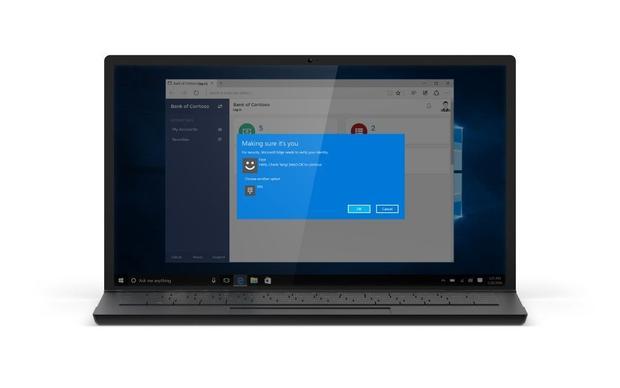 Websites will need to be updated to support Windows Hello. Once incorporated, you’ll be able to skip sign-in forms entirely though. Clicking a “Login with Windows Hello” button on supporting sites will pop-up a system prompt to tap your finger or scan your iris. The login process can be completed within seconds and eliminates the insecure and clunky password.
Windows Ink
Windows 10 is also gaining enhanced support for styluses and pens as input methods. According to Microsoft, 70 percent of people spend over an hour each day using a pen. Its ease-of-use and versatility means it is still the natural note-taking tool for most people, despite the advantages of cloud-based software solutions.
Microsoft is introducing a new platform to help to solve this problem. Windows Ink “puts the power of Windows in the tip of your pen,” aiming to make Windows 10 more responsive to pen inputs from devices such as the Surface Pen.
Windows Ink adds a new sidebar to Windows 10, accessible via an icon in the taskbar status tray. It provides access to an “Ink workspace” with quick shortcuts to pen-supporting apps, an instant link to a digital sketchpad and the ability to draw over the screen.

The sketchpad lets you draw with digital ink in the same way you would a real pen. Tools such as rulers can be overlaid on the display to create perfectly straight lines in a natural manner. The experience mirrors using a sketchbook in the real world, slowly erasing the need for a physical pen.
A longstanding utility app in Windows has been overhauled to work with Windows Ink. Sticky Notes now integrates with Cortana and works with pens, letting you scribble something like “check flight time” into a note and have it recognised by Cortana. The digital assistant can then automatically create a new reminder to check the flight time.
Cortana
Cortana has also gained a few other tricks including “proactive” notifications. Cortana now tries to anticipate what you’ll need help with ahead of time, offering to order your lunch in the morning or arrange travel options for your day. Cortana can now be accessed right from the Windows 10 lock-screen and be activated with voice from anywhere in the OS. 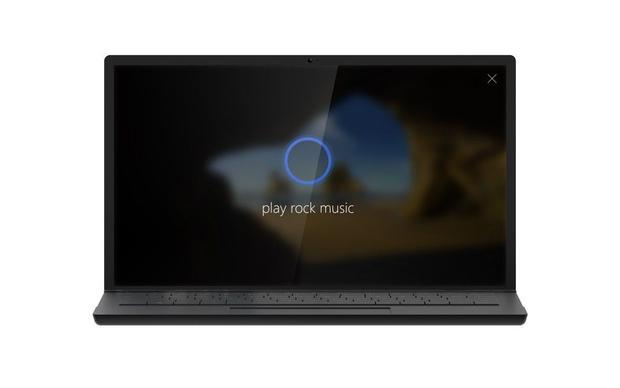 There’s a number of other behind-the-scenes improvements coming to Windows 10 this summer. Developers will be able to create new apps and start bringing existing desktop programs to the Windows Store with a new API. Gamers will have more control over graphical settings and new apps including official Facebook and Instagram clients will appear in the Store.
In a stunning announcement that highlights Microsoft’s work in open-source software, the company has also partnered with Canonical, makers of Ubuntu, to bring a full native Linux shell experience to Windows. Developers will be able to use Linux features from a terminal running on their Windows PC.
Windows 10 is a constantly evolving operating system set to receive regular free updates over this time. This summer, Microsoft will release the Anniversary edition to customers, letting you do more with your PC using familiar interfaces including pens. In return, it will do more through you, assisting you via Cortana as you go about your day.