Notorious worldwide for taking the servers powering Microsoft’s Xbox Live and Sony’s PlayStation Network gaming platforms offline over Christmas last year, today the group turned its sights onto Malaysia Airlines.
Taking control of the site homepage, it initially changed the page title to “ISIS will prevail,” referencing the Islamic State extremist group. Then the page itself was changed, initially to the group’s monocle-equipped lizard emblem with the message “Hacked by Lizard Squad – Official Cyber Caliphate.” 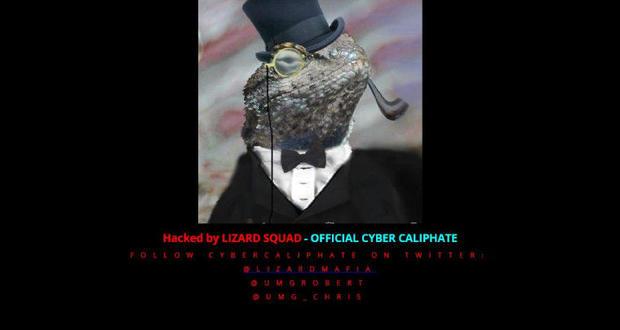 Later, it was changed again to feature a background of a Malaysia Airlines plane in flight with the mocking text “404 – Plane Not Found,” a reference to the ubiquitous web server error message and the recent Malaysia Airlines disasters.
The company told Reuters “Malaysia Airlines assures customers and clients that its website was not hacked and this temporary glitch does not affect their bookings and that user data remains secured.”
Lizard Squad claims otherwise though, saying on Twitter that the airline is “lying about user data not being compromised” and promising “going to dump some loot found on malaysiaairlines.com servers soon”, although it is not yet clear what this ‘loot’ will be or if it is already published in the form of a now-removed Imgur image.
It would appear as though the recent arrests of Lizard Squad members responsible for the Christmas gaming attacks has not discouraged other participants from continuing the group’s activities. The motives behind attacking Malaysia Airlines’ website remain unclear although it could be intended solely as a method of continuing to attract attention to Lizard Squad while another larger attack is planned.